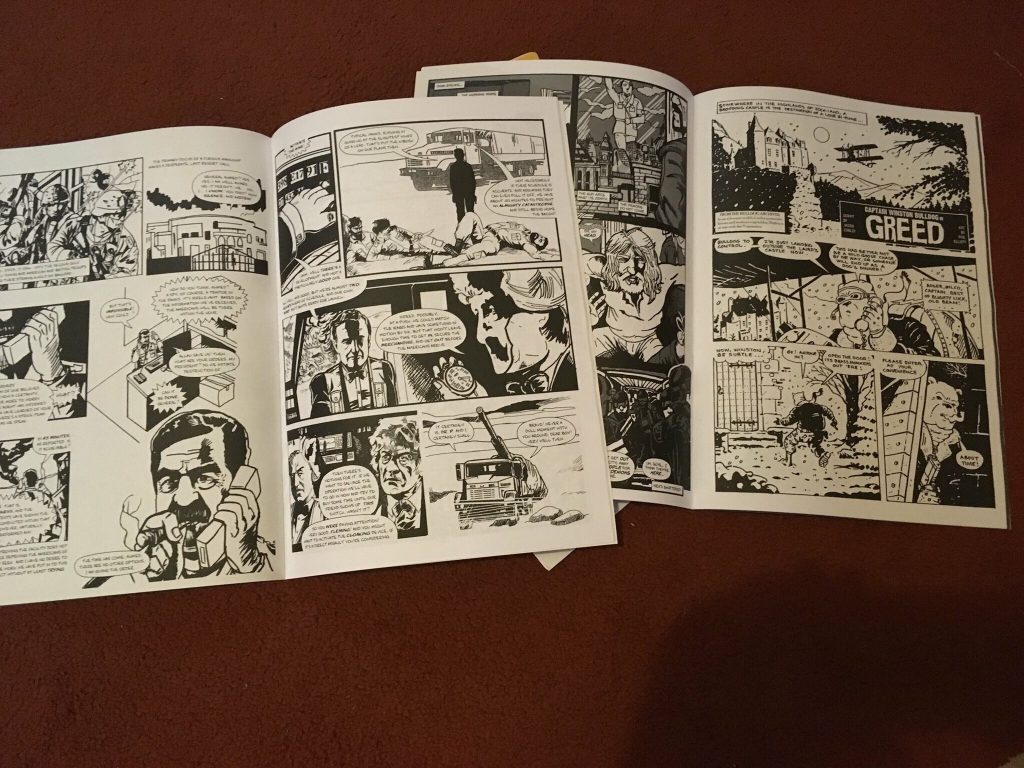 What other comic has Doctor Who and Ian Fleming fighting Saddam Hussein? Because that’s what you get in “Shadow Rats: WMD“, written by Dirk van Dom with art by David Metcalfe-Carr, from a story by Davey?

Not to mention long time hero of the small press, the anthropomorphic aviator Bulldog – created by Commando writer Jason Cobley – and a time travelling, demon hunting samurai and Spencer Nero, the civil centurion?!

Honestly, you are missing out if you don’t already follow this title. Go to paragoncomic.blogspot.com and buy one! 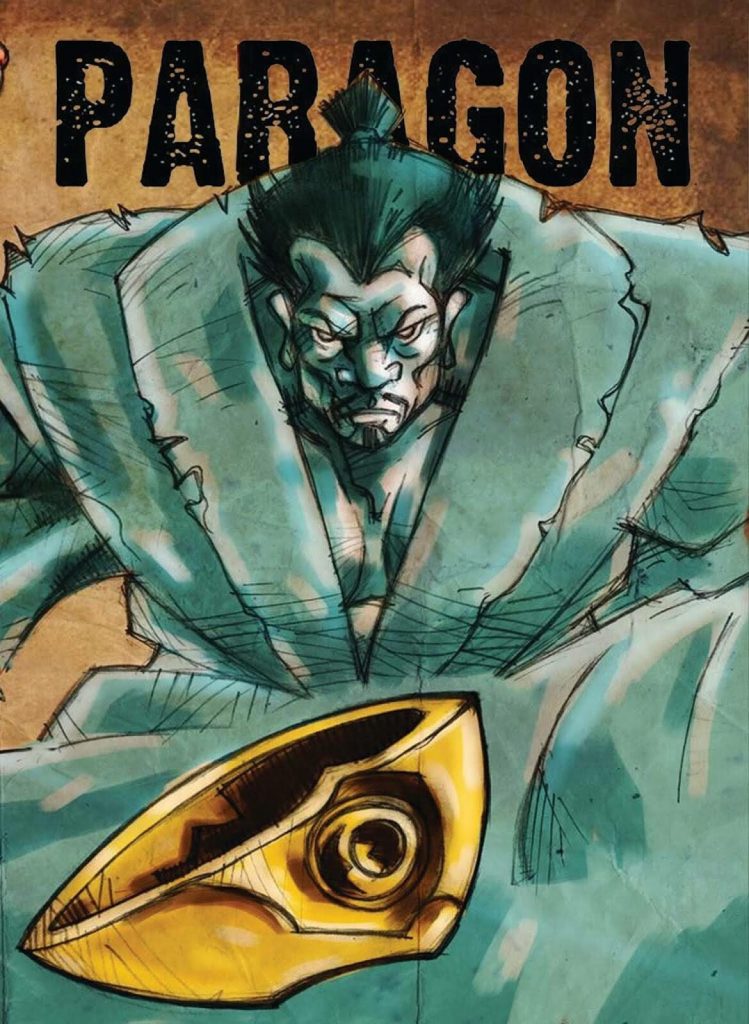 But don’t just take our word for it – contributor Greg Meldrum nails it with his assessment of the latest edition of this long-running indie adventure title.

(No, we don’t care that he might be just the tiny bit biased…)

“I think this is a particularly good issue. Small-press idiosyncrasy runs proudly through it like the writing in a stick of rock – and I mean that as a compliment,” he enthuses.

“It really showcases what makes small-press comics so much fun.

“What’s more, it says something that the sanest tale in it is one about a time-travelling samurai!” 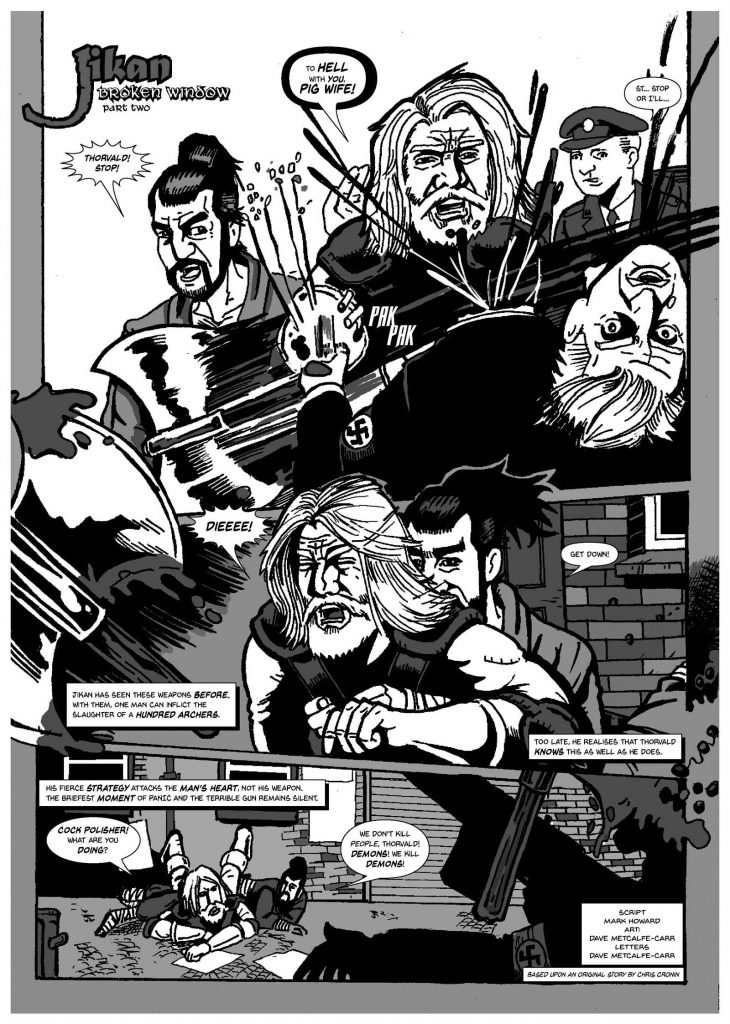 Jikan finds himself in an alternative 1980s and he’s not the only time traveller there – the war/hungry viking Thorvald is causing mayhem amongst the fascist police! 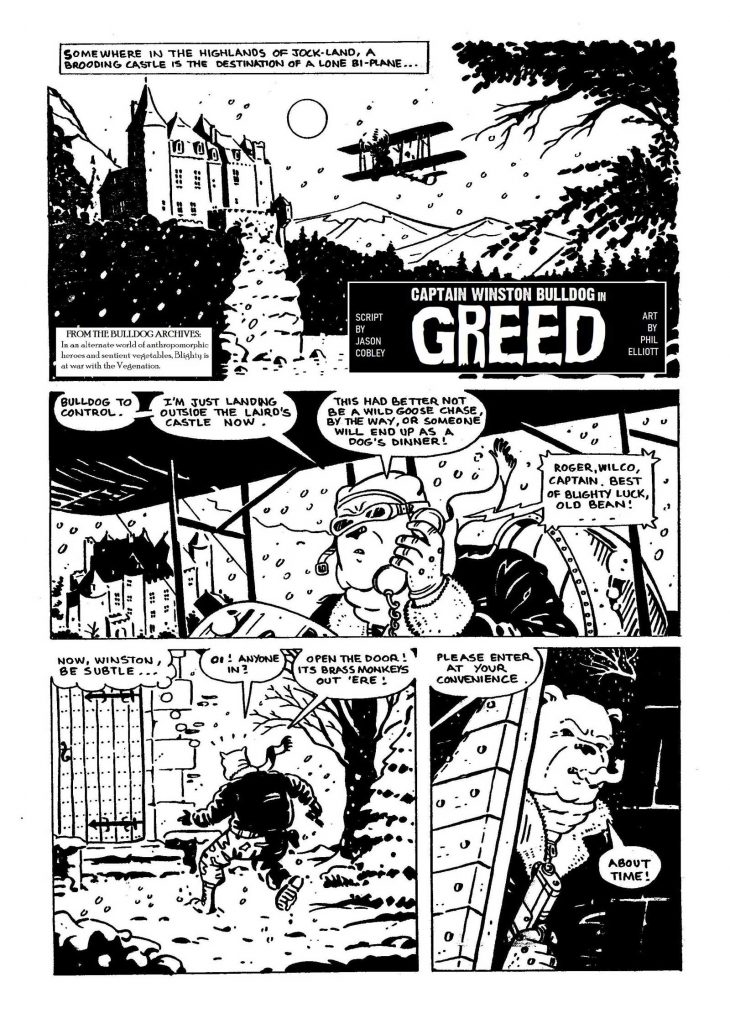 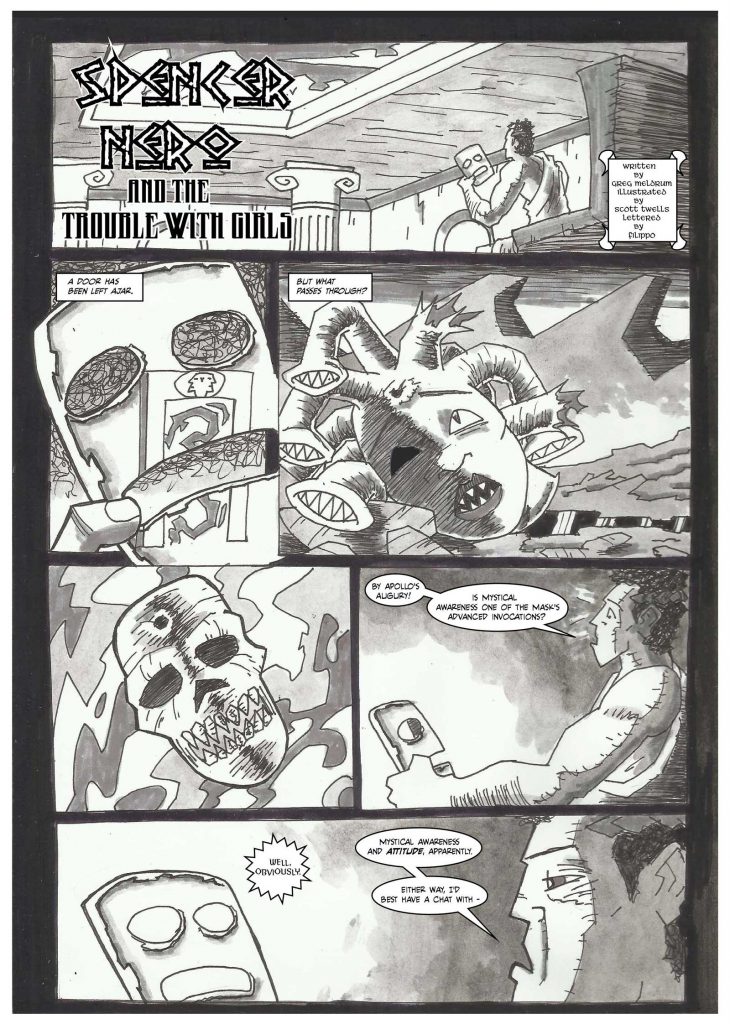 Spencer Nero in “The Trouble with Girls”

Plus, of course, the bonkers “Shadow Rats: WMD”, detailed above! It’s mental!

• Paragon Issue 22 – Go to paragoncomic.blogspot.com and buy one!