Stunning graphic novel telling origins of the SAS out in September 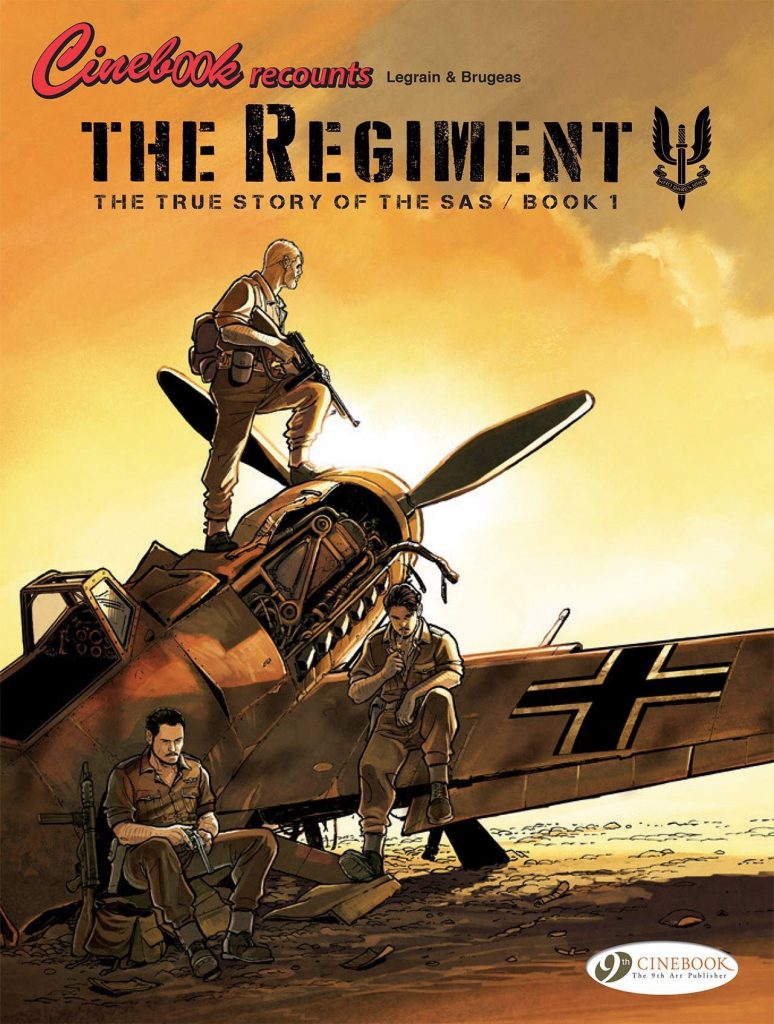 War comics seem to be getting a new lease of life right now. Following up on DC Thomson’s release of their full colour Commando Presents Ramsey’s Raiders volume, and the serialised release of Battle Presents: Operation Overlord with the latest Issue of Judge Dredd Megazine (with more to come), Cinebook have a World War Two Special Forces book in the works.

The Regiment Book 1 is due out in print in September as part of the publishers non fiction “Reconte” (Recounts) line, written by Vincent Brugeas with art by Thomas Legrain, the grandnephew of Joseph Gillain, the Tanguy et Laverdure (The Aeronauts) artist who signed as Jijé.

The book – the first of two volumes – is already available in digital format from Europe Comics, but looking at the incredible pages, I’d agree with others and argue this is a limited series perhaps better savoured in print.

The Regiment is set in 1941, when almost all of Europe is under the Nazis’ heel. Great Britain continues to hold out, but the situation worsens with every passing day. And in North Africa, gateway to the Middle East and its immense oil reserves, Rommel now threatens Egypt, keystone of the British defences. In those desperate times, three men (David Stirling, Blair Mayne and “Jock” Lewes), three unconventional officers, band together to create a small, elite unit that will become a military legend: the SAS… 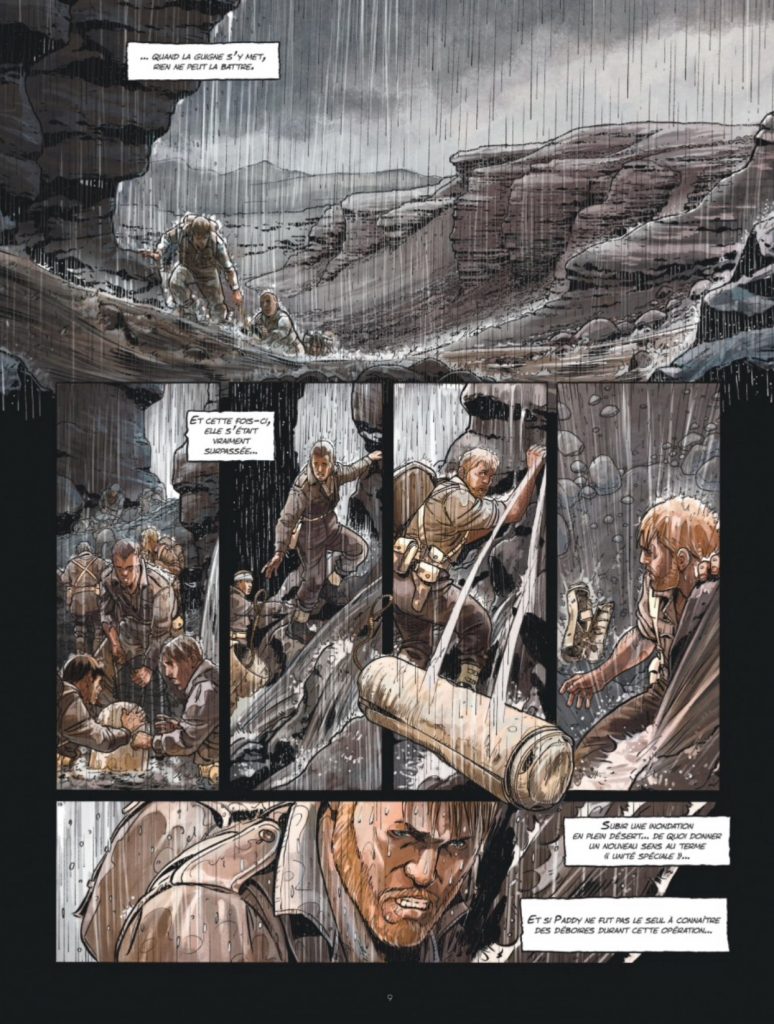 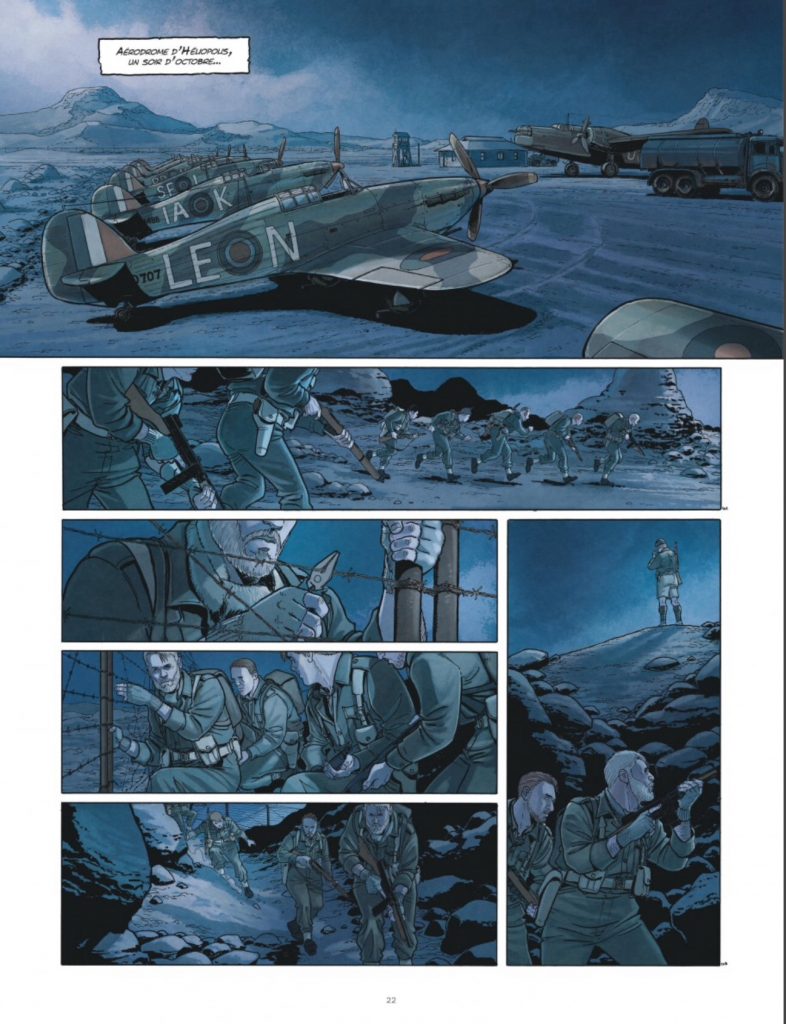 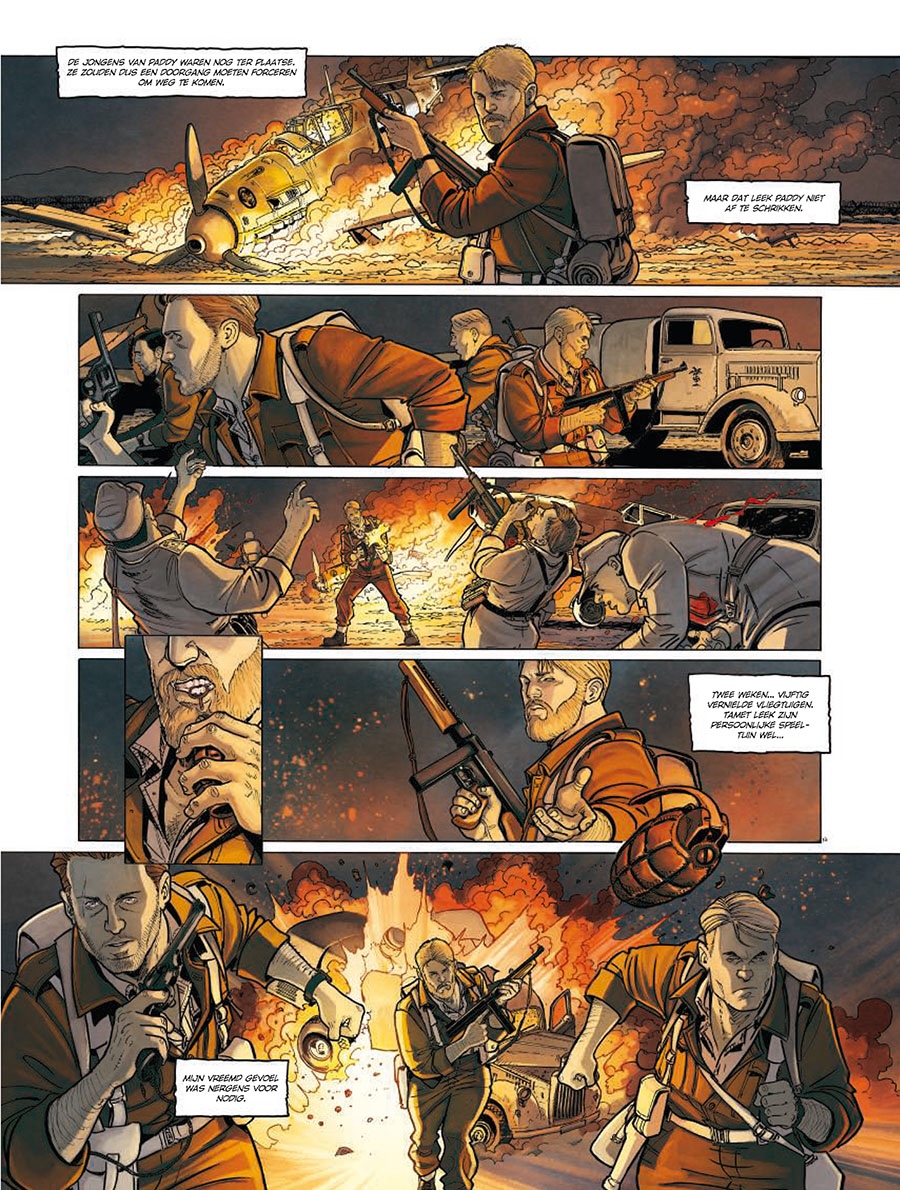 Art from the Lombard edition of The Regiment

Writer Vincent Brugeas has been passionate about history and literature in every form from a young age. After earning a degree in contemporary history, however, he decided to break with family tradition and move away from teaching, preferring instead to tell his own stories. It was in high school that he crossed paths with up-and-coming illustrator Ronan Toulhoat, a meeting that would ultimately change Brugeas’s path. 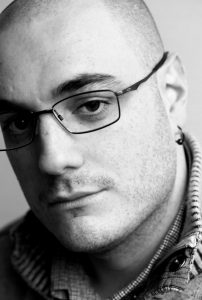 He began to focus on his own projects, working as a librarian while waiting to see his first published book hit the shelves. That day came in 2010, with the release of the alternate reality series Block 109 (Akileos), set in the World War Two. Brugeas and Toulhoat would go on to explore and expand this series over several volumes before turning their attention to another historical series, Ira Dei (published in French by Dargaud, and Europe Comics in English), this time set in Byzantium in 1040AD.

In between, Brugeas also teamed up with Thomas Legrain on The Regiment. 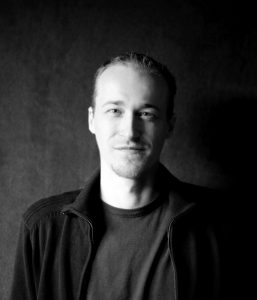 Thomas Legrain‘s talent was obvious from the word go. He’s been drawing for as long as he can remember, and he did his first comic book at the age of twelve. As a keen admirer of the likes of Van Hamme and Travis Charest, he soon developed a taste for realism and meticulous backdrops. Nonetheless, when it came to making those first career choices, he actually chose to study history and criminology, as a backup to his artistic activities. What with his incredible capacity for hard work, he still managed to complete an album a year alongside his studies.

As soon as he’d finished with higher education, he published a few panels online. It only took him two months to be spotted by Jean-Claude Bartoll (Insiders), who he then worked with on Mortelle Rivière for Glénat, and L’Agence with Casterman. Three years and seven published albums later, he achieved his childhood dream and landed himself a contract with Le Lombard, where he collaborated with writer Benec on the terrific Sisco series (available in English from Europe Comics), a political thriller. 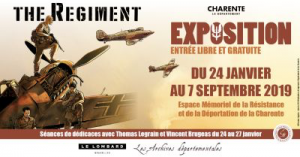 If the art from the project shown here impresses, and you’re in Angoulême, France, between now and September, then do check out an exhibition of work from the project which has launched this weekend at the Archives départementales de la Charente, during the 46th International Festival of Comics of Angoulême.

• Read a preview of The Regiment Volume One in French, on original publisher Lombard’s web site

With thanks to Jeremy Briggs