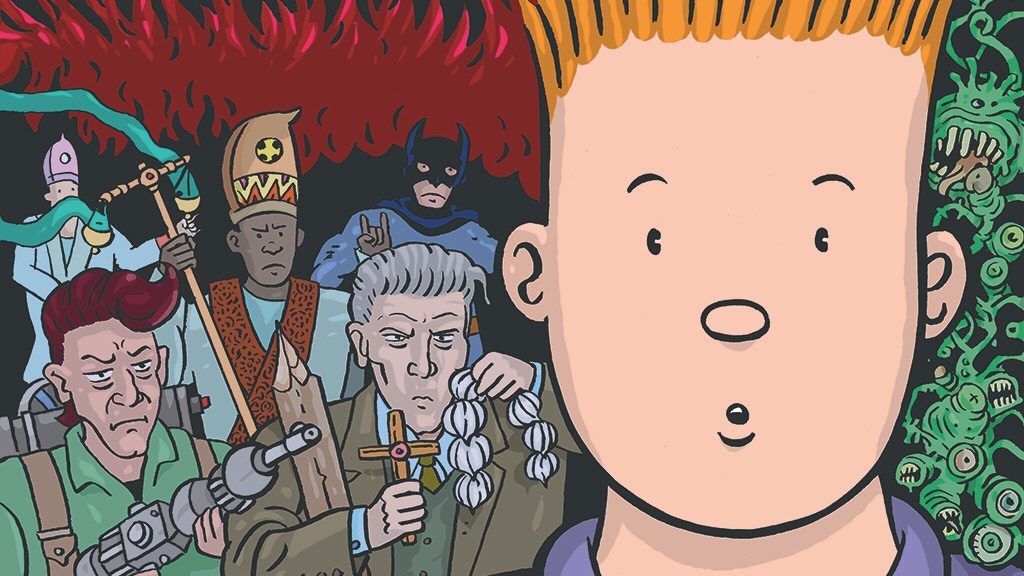 Behind the pseudonym, Charlie Trumper, Eddie Campbell and Phil Elliott created over 100 comic strips between 1984 and 1985 for the weekly music paper, Sounds… and now a collection of Rodney – The Premonition is in the works, seeking funding on Kickstarter. 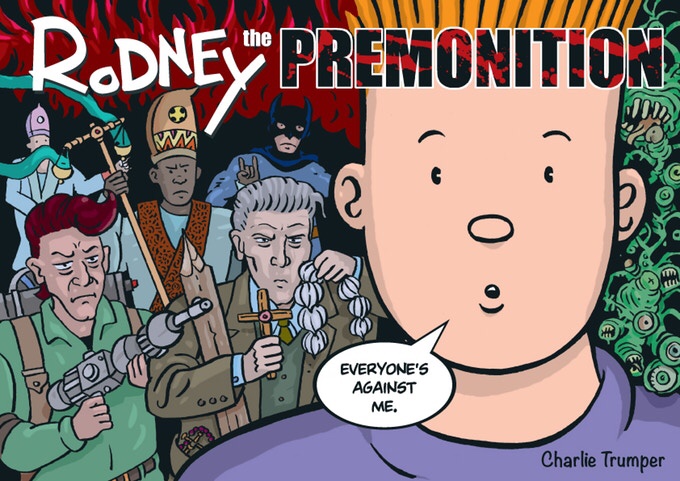 During their stint at Eddie and Phil they produced three unique series and Rodney – The Premonition was their second, with Eddie writing and Phil drawing.

In 1985, Rodney Ramsbottom blew up the world. This is his autobiography and you are privileged to read it, after the event, due to the immense power of the human imagination.

Eddie and Phil’s goal is to raise funds for a 22 page, A4 landscape comic. Eddie has written a new introduction for the comic and the interior will be black and with colour covers, reintroducing to an utterly bonkers cast of characters.

SOUNDS was a music paper published between 1970 and 1991 and initially covered progressive rock but by the mid-seventies was championing Punk Rock and New Wave.  Later, it was the first UK paper to interview Nirvana (Kurt Cobain was often seen wearing a Sounds t-shirt).

The paper already had a good tradition of featuring comic strips in its pages, with work by Alan Moore (under the name Curt Vile), Bryan Talbot and Savage Pencil before Phil and Eddie made their debut.

“Rodney was first published in Sounds tabloid-size,” says Phil. “This new collection will be A4 landscape which will present the strips as close to the original.” 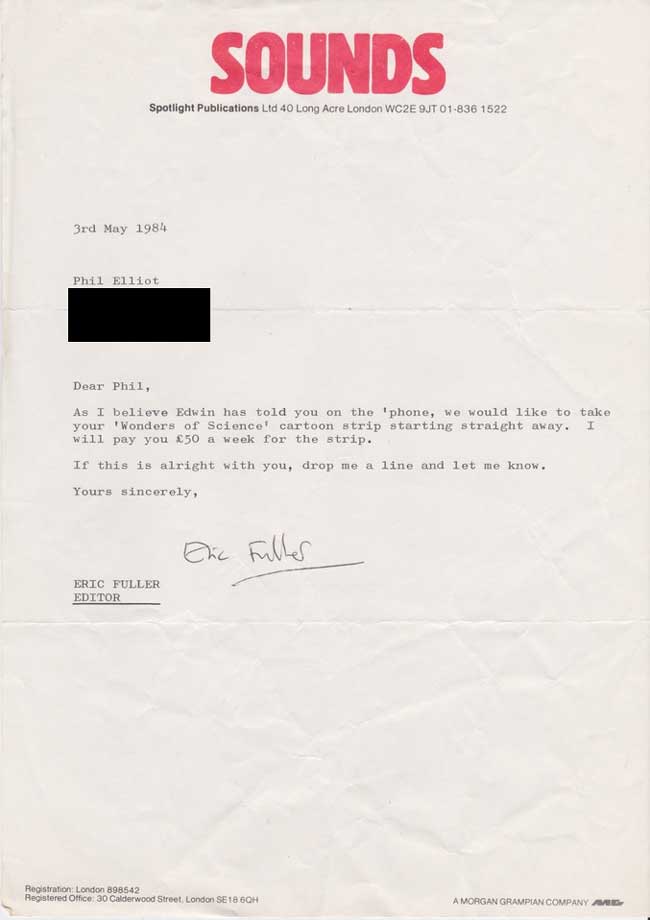 The letter confirming that Phil Elliot and Eddie Campbell could start their year and half gig for Sounds, which led to the creation of “Rodney – The Premonition”

Editor Eric Fuller, who commissioned Phil and Eddie, also edited Record Mirror, then became publishing director of Kerrang! at SOUNDS  publisher Spotlight Magazines, and also worked in the US as group publisher of Guitar Player and other magazines for musicians. He started his career in music journalism, and started writing for SOUNDS in 1978 (his first ‘proper’ job, he felt, in a 1998 interview for Campaign), becoming editor in 1984 and its publisher in 1985.

He was publisher of Drapers Record at Maxwell International in the early 1990s then moved to Emap. In 1992, he was appointed publisher of fashion industry titles and later moved to Dennis Publishing’s men’s and music group, launching Maxim in 1995 and Stuff in 1997, joining IPC in 2000 and was launch publishing director of Nuts in 2004.

In 2006, IPC Media appointed Eric, by then publishing director of Nuts and Loaded, as managing director of its IPC Ignite division, joining the IPC board to oversee the publisher’s portfolio of men’s and music magazines. Nuts, Loaded, NME and Uncut and their digital brand extensions, including the market-leading NME.com all came under his remit. By 2009 he had  left the company after nine years, as part of a restructuring that led to a number of job cuts and the IPC Ignite division was disbanded, but he continued in the publishing industry as a consultant as “Eric Fuller Consulting” until 2014.

Rodney – The Premonition is one of the Kickstarter-initiated projects I have backed so far this year. Take a look over on the crowdfunding platform.

UPDATE: Rodney – The Premonition is available to buy here for non-backers on eBay

‹ Which British school will write themselves into Roy of the Rovers history?
David Leach’s “Psycho Gran” heads to Belle Vue! (the pub, of course…) ›