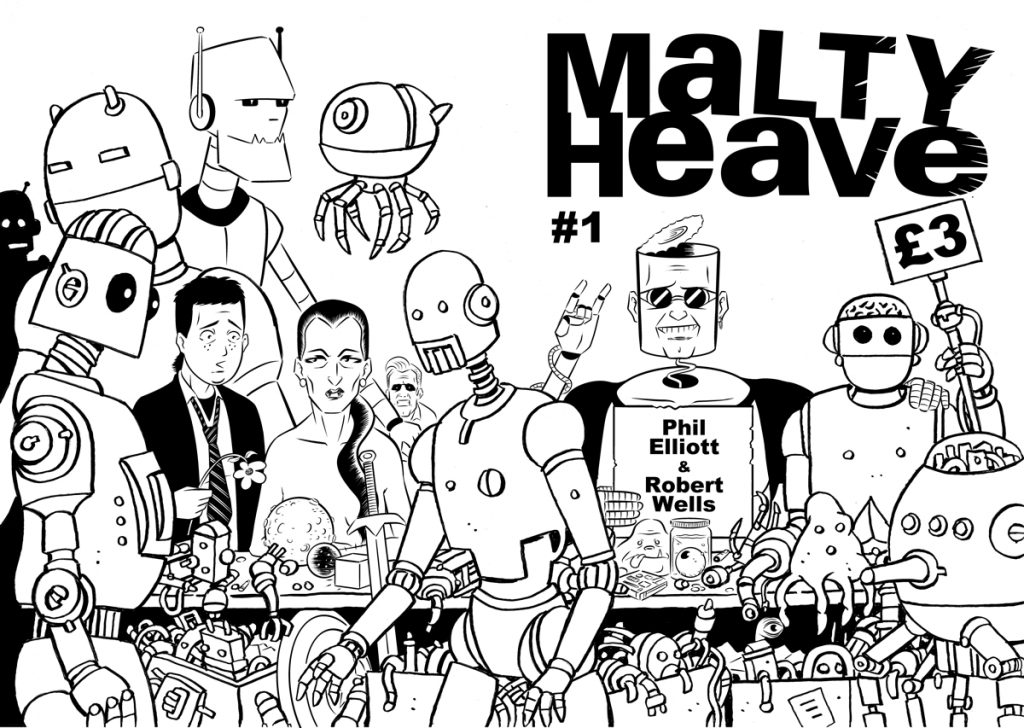 Malty Heave #1 is a new indie comic from Phil Elliott and Robert Wells, launching at both Portsmouth Comic Con this coming weekend, and at Ace Comics in Colchester, where Phil will be signing for Free Comic Book Day.

Published in a format conjuring memories of 1980s comic zines, Malty Heave offers two strips: “Me, It” by Phil, in which a world that delights in Robot Wars gets what it deserves, and “Rank Bottom” a very silly but also very funny barbed, adult readers dig at Heavy Metal magazine, fascists and certain pop musicians. 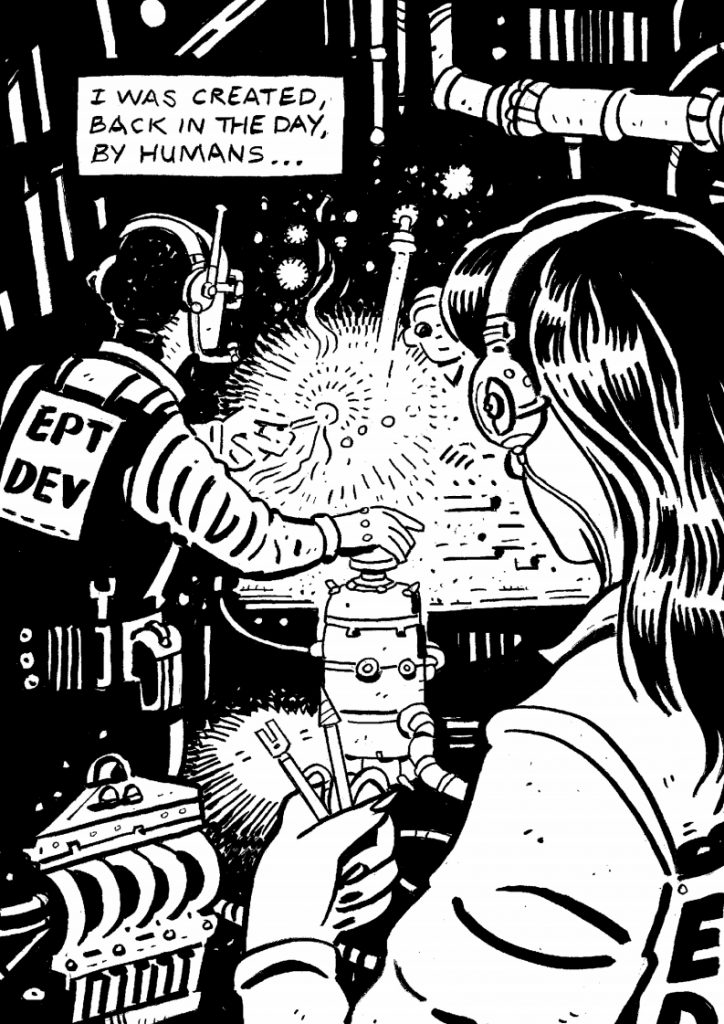 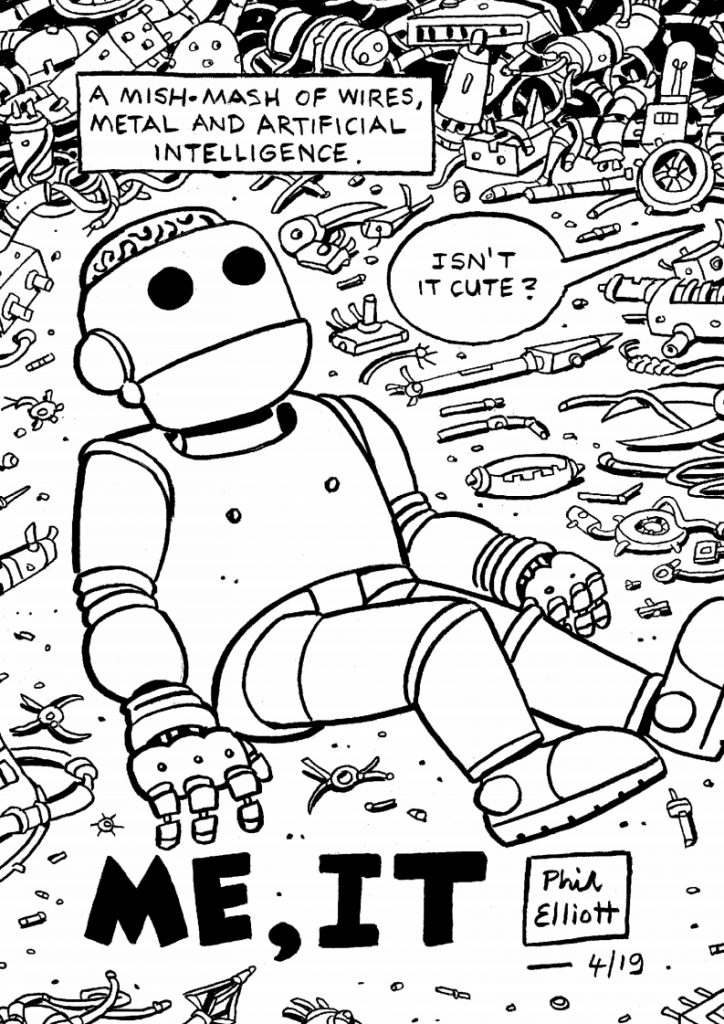 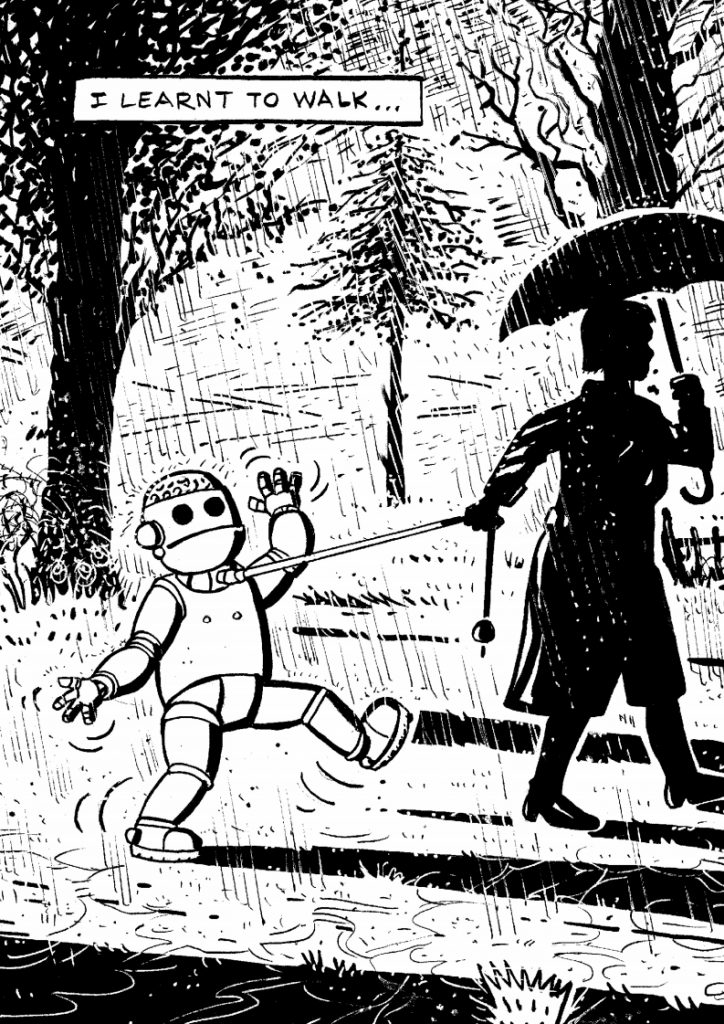 “We put this whole thing together in just a couple of weeks,” Robert Wells told downthetubes, “after chatting about the days when things like Heavy Metal magazine and Epic Illustrated were widely available in newsagents, and somehow it has come out quite well.  In fact, we enjoyed doing it so much we are thinking about doing more!”

If you’re at Portsmouth Comic Con or heading to Ace Comics this weekend, be sure to pick up a copy. Phil will be sketching for customers at the Colchester store throughout the day, donating all proceeds to charity. He will also be available to sign items that visitors bring in and he has 100 pages of Real Ghostbusters art for sale.

Phil Elliott has been active in the comic book industry since the mid 1970s. He launched and co-edited the Fast Fiction fanzine in the 1980s, where he introduced his bequiffed character, Gimbley and was a regular contributor to the influential and groundbreaking magazine Escape.

Together with Eddie Campbell, through a successful Kickstarter, he recently published a terrific collection of Rodney:The Premonition, which first appeared in the music paper SOUNDS. (Rodney – The Premonition is available to buy here for non-backers on eBay)

Phil drew for Marvel UK’s successful The Real Ghostbusters and has worked with Dave Thorpe on Doc Chaos and with Glenn Dakin on various comics and strips including Greenhouse Warriors, Mr Night, The Rockpool Files and The Man from Cancer, which appeared in Marvel UK’s adult-orientated title Strip! His other work includes Illegal Alien and Bluebeard written by James Robinson, Lucifer with Eddie Campbell, Tupelo with Matt DeGennaro and writing Absent Friends for Paul Grist. He has also coloured comics illustrated by other artists including the Judge Dredd Megazine strip “Demon Nic” and work by Paul Grist, Mark Buckingham, John Ridgway, Steve Yeowell, Pia Guerra, Tim Hamilton, Hunt Emerson and Horacio Domingues. 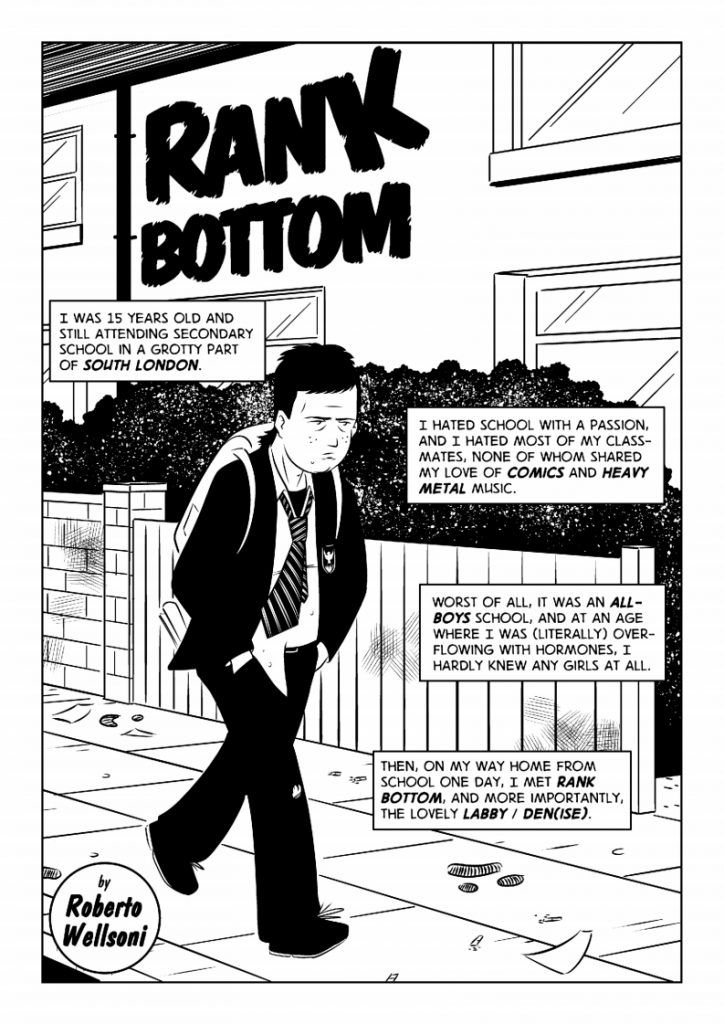 Cartoonist, illustrator and writer Robert Wells is the author of the deservedly-acclaimed graphic novel Back, Sack & Crack (& Brain), the warm and witty story of a man’s battle with his own body, and with the medical industry that couldn’t quite appreciate the problem. the The novel’s first 15 pages were shortlisted for the 2014 Myriad Editions First Graphic Novel Prize.

Robert has been writing and drawing comics since the early 1990s and his previous comics include Crisp Biscuit, Crisp, Colin Comix and Department of the Peculiar (with writer Rol Hirst). He has  also produced illustrations for magazines such as Music Tech and Metal Hammer.

• Phil Elliott is online at www.elliott-design.com | (Rodney – The Premonition is available to buy here for non-backers on eBay

• Robert Wells is online at www.robertwellscartoonist.com