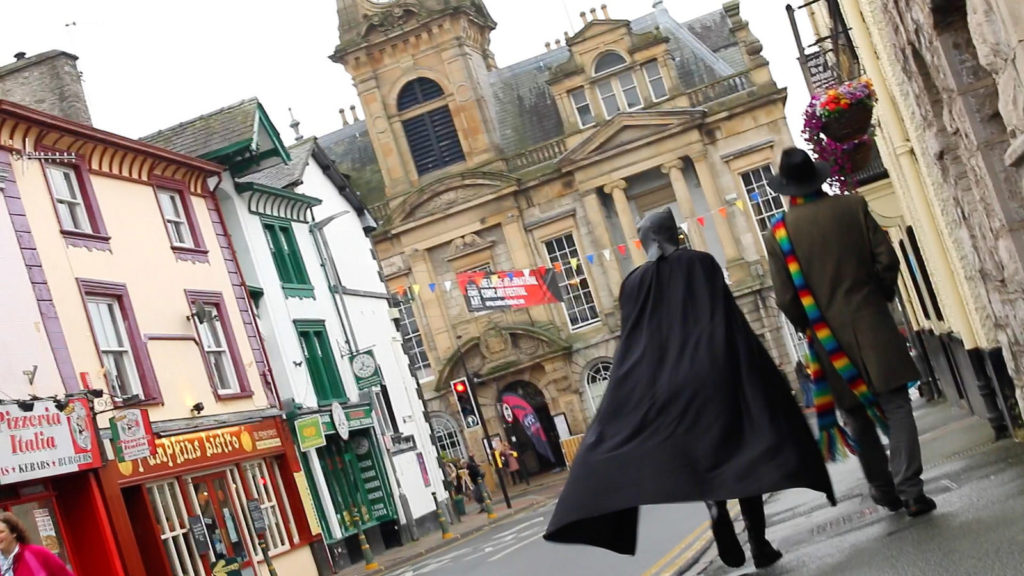 The Lakes International Comic Art Festival 2019 has announced a whole host of comic creators, publishers and more are lined up to take over the Comics Clock Tower at this year’s Festival in October.

Opportunities for comic creators to be part of the Festival to promote their work were expanded this year, with more dedicated spaces across Kendal being opened up as an extension of the event’s hugely-popular platform for artists, writers and publishers.

Mack Chater is an Eisner-nominated comic book artist, the co-creator of Sword Daughter for Dark Horse. He has worked in the games industry for the last 20 years but getting the chance of a lifetime, he became a comic book artist full time.

Emma Galloway (Emma G) is a comic artist living in Scotland and working on a slice of live/ fantasy comic following the misadventures of a newborn vampire brimming with curiosity for the new supernatural world she’s been thrust into. 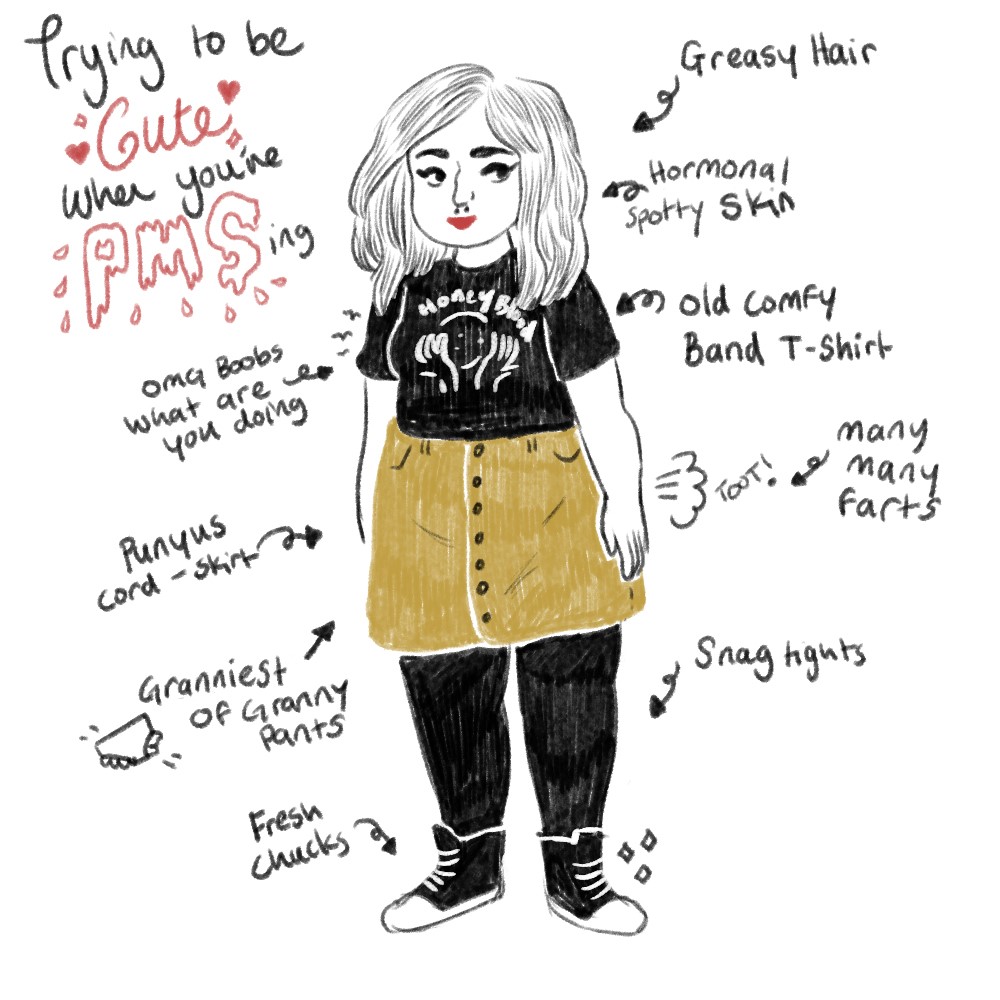 Emmainky is a full time illustrator and comic artist. She describes her work as eco feminine, moving her focus on to more ecological pieces of work. She’s seen such a positive response with this shift, as if it has filled a small gap in peoples minds for what matters to them as media consumers.

John Harris Dunning is the writer of graphic novels Salem Brownstone and Tumult and was the man who, together with Paul Gravett, put together the terrific Comics Unmasked: Art and Anarchy exhibition at the British Library. He’s written for GQ, Esquire, Dazed, iD, The Guardian and Metro. 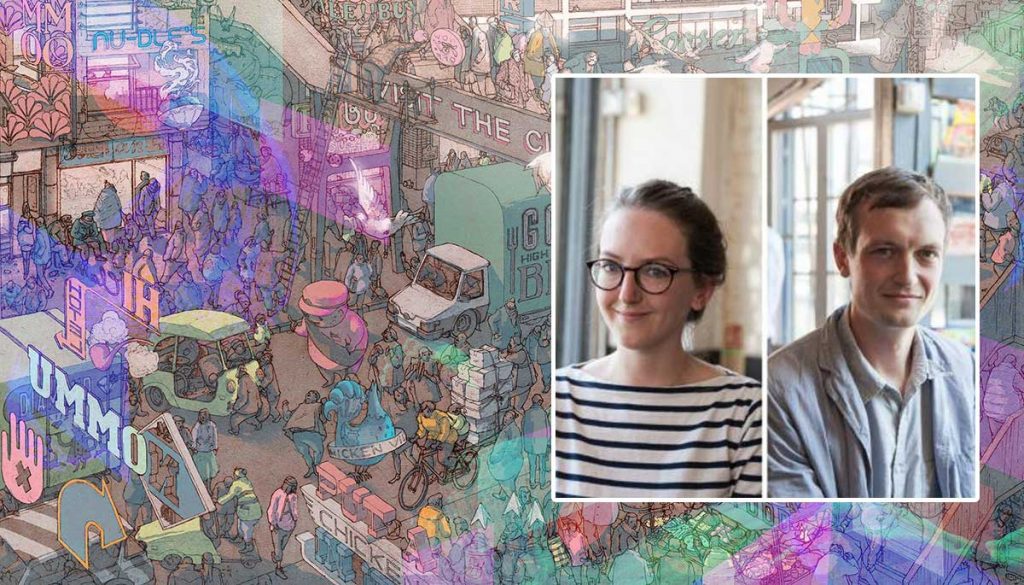 Designer and artist Anna Mill and architect, lecturer, and co-host of the podcast About Buildings + Cities Luke Jones are the joint creators of Square Eyes — originally a short comic entry to the Observer Jonathan Cape Graphic Short Story Prize in 2010 and now a 256 page graphic novel published by Jonathan Cape. It’s a story that takes place in a near future in which the delirious excitement of the digital spectacle has been drawn tight over the crumbling remnants of the old world. A city that is simultaneously a bright and enticing mirage and a machine that is gradually falling apart… 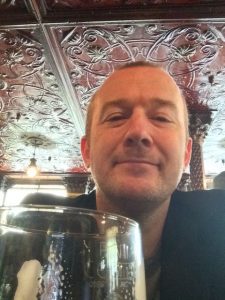 “Every year, we aim to make our Comics Clock Tower bigger and better,” says Festival Director Julie Tait. “I don’t think our visitors in October will be disappointed by the range of talent they’ll be able to meet and talk comics with. I think we have a great mix on offer.”

In other Festival-related news, the organisation has also welcomed new donations for its work from a number of supporters, including artist Charlie Adlard, Festival Chair Peter Kessler and artist Bryan Talbot. This welcome individual support comes in addition to funding from Arts Council England and other partners, local, national and international.

• Tickets for the 2019 Festival are on Sale Now at www.comicartfestival.com/buy-tickets 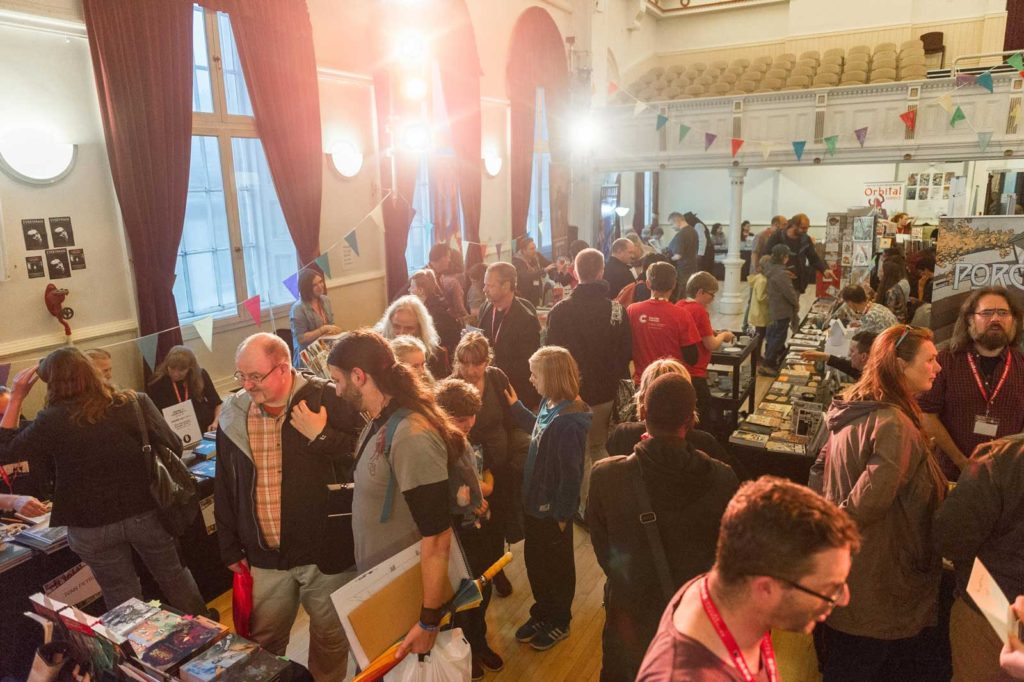 • Tickets for the 2019 Festival are on Sale Now at www.comicartfestival.com/buy-tickets