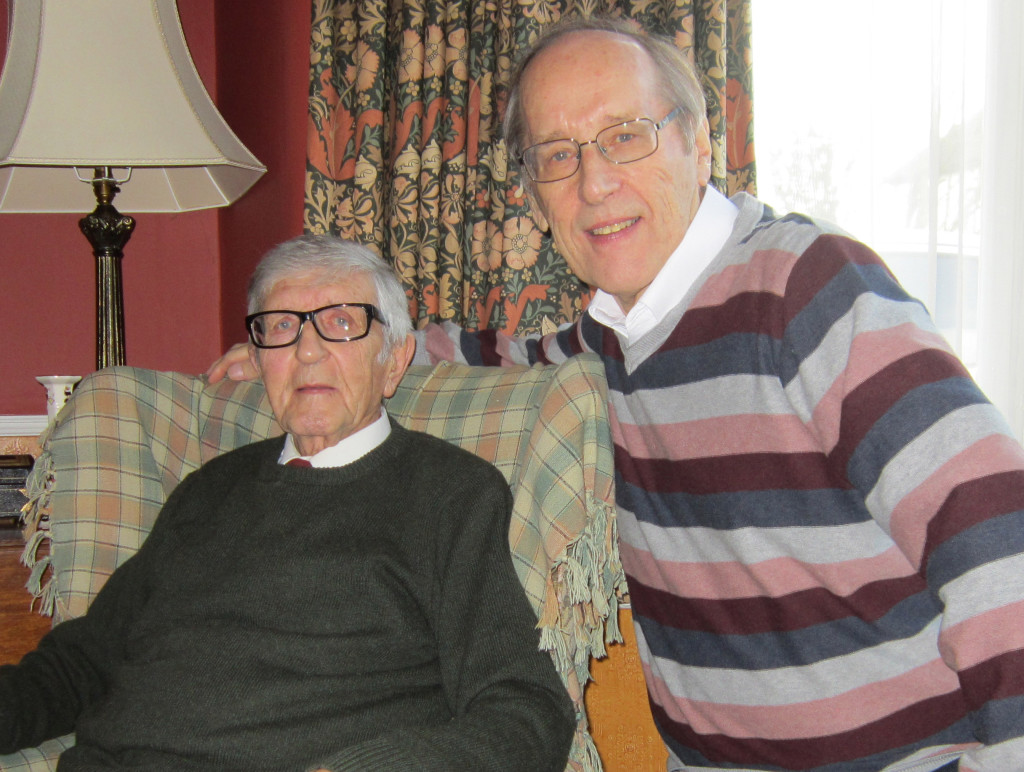 Comics editor and writer Barrie Tomlinson kindly sent us this photograph of himself with veteran artist John Gillatt at his home in Peterborough this weekend. 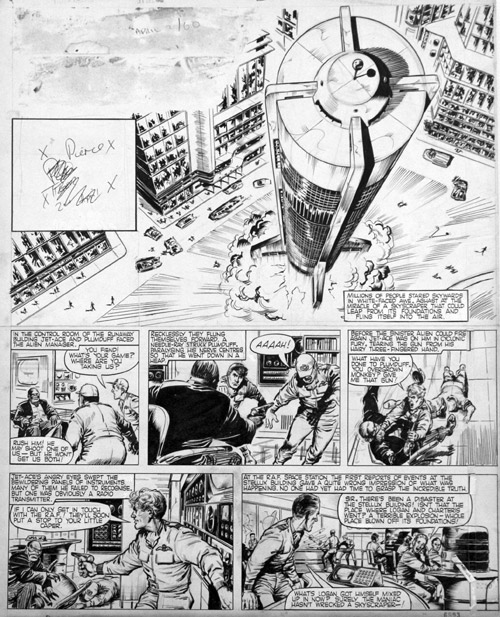 John’s credits in British comics span decades, including work on “Jet Ace Logan”, “Johnny Cougar”, “Dan Dare” (for New Eagle, which Barrie edited) and, perhaps most famously, the opening episodes of “Billy’s Boots” for Scorcher. (A strip that went on to further success in Holland where Billy Dane was transplanted to the continent and, unlike his British incarnation, grew up to become a talented football star in his own right, as Lew Stringer recounted on Blimey! It’s Another Blog About Comics back in 2010 – a version kick started with some deft new art by John). 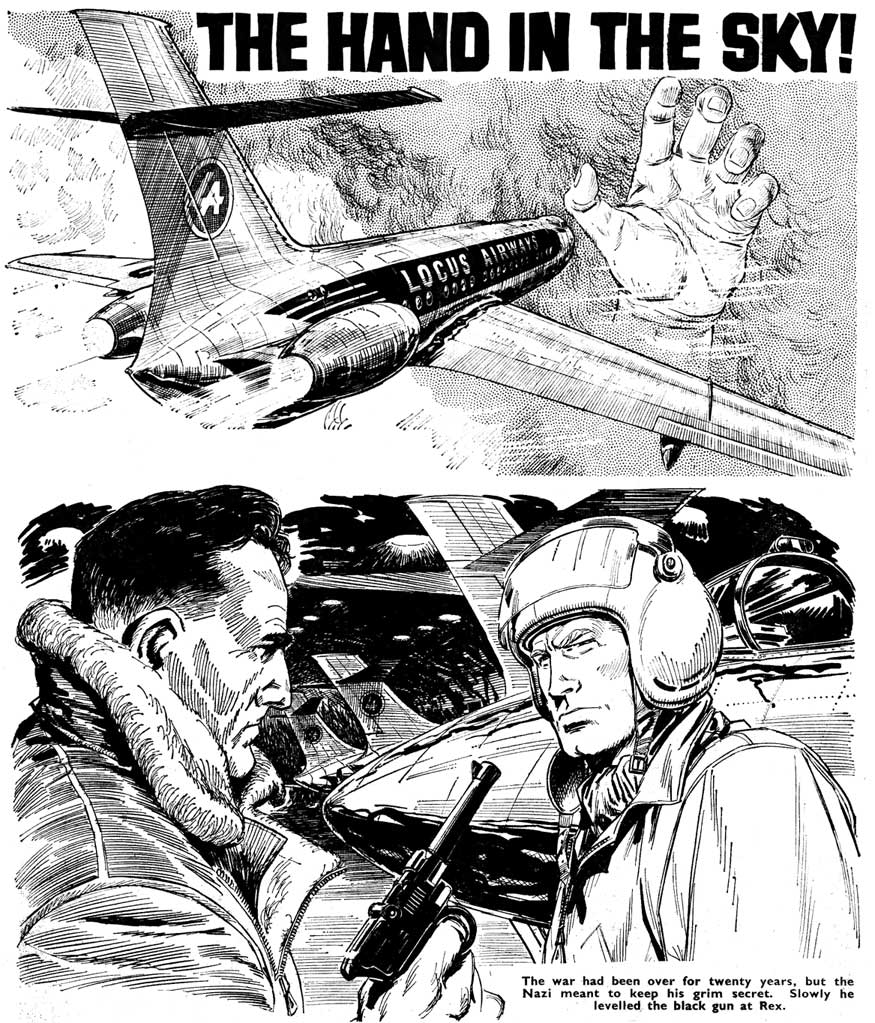 Spot illustrations for “The Hand in the Sky”, a text story for Tiger (2nd October 1965).

Gillatt first drew “Jet-Ace Logan” for Comet and later Tiger in the late 1950s. In 1989 he took on the daily ‘Scorer’ comic written by Barrie for The Mirror newspaper, along with artist David Pugh. 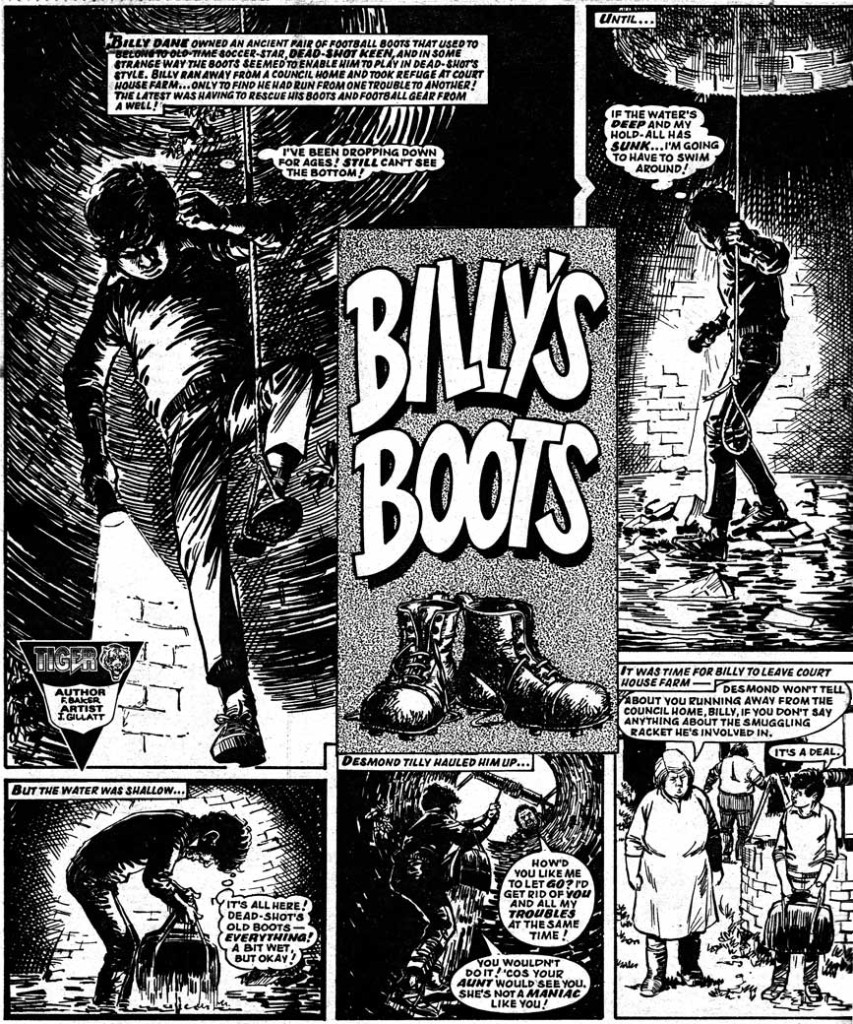 “It was an enormous pleasure to see John again, after quite a few years,” Barrie told us. “I’ve always said that John’s artwork on such classics as Billy’s Boots, Jet-Ace Logan, Johnny Cougar, Scorer and a host of other characters was just about unbeatable.

“Following a stroke, John is unable to do strip work but he is now busy learning computing skills,” Barrie reveals.

“It was an honour to have my Daily Mirror “Scorer” scripts illustrated by John. He always made each picture so realistic.
And on top of all his drawing skills, he is the perfect gentleman.”