“Filmed in Supermarionation” documentary to get Andercon preview 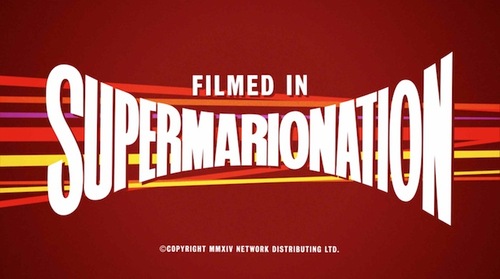 Network DVD‘s upcoming major new feature film about the work of Gerry and Sylvia Anderson, Filmed in Supermarionation, is to get a sneak preview at the first Andercon convention this weekend.

The clips already released suggest it’s going to be a brilliant look back at the making of some fantastic TV.

The project is described as “the definitive documentary about the unique puppetry and animation technique developed by Gerry and Sylvia and their team and utilised in all their programmes throughout the 1960s including Stingray, Captain Scarlet and, most famously, Thunderbirds.

“Directed and co-produced by Stephen La Riviere and hosted by Lady Penelope and Parker themselves, Filmed in Supermarionation is a screen adaptation of his book of the same name and features a wealth of previously unseen archive footage, brand new interviews with the surviving casts and crews and clips from the shows themselves.

“A highlight of the film are ingenious and accurate recreations of the pioneering techniques used in the productions.

The film will premiere at the BFI later in the year ahead of general release but fans will see a sneak preview of selected scenes together with a Q&A with the creative team behind it at the now sold-out Andercon.