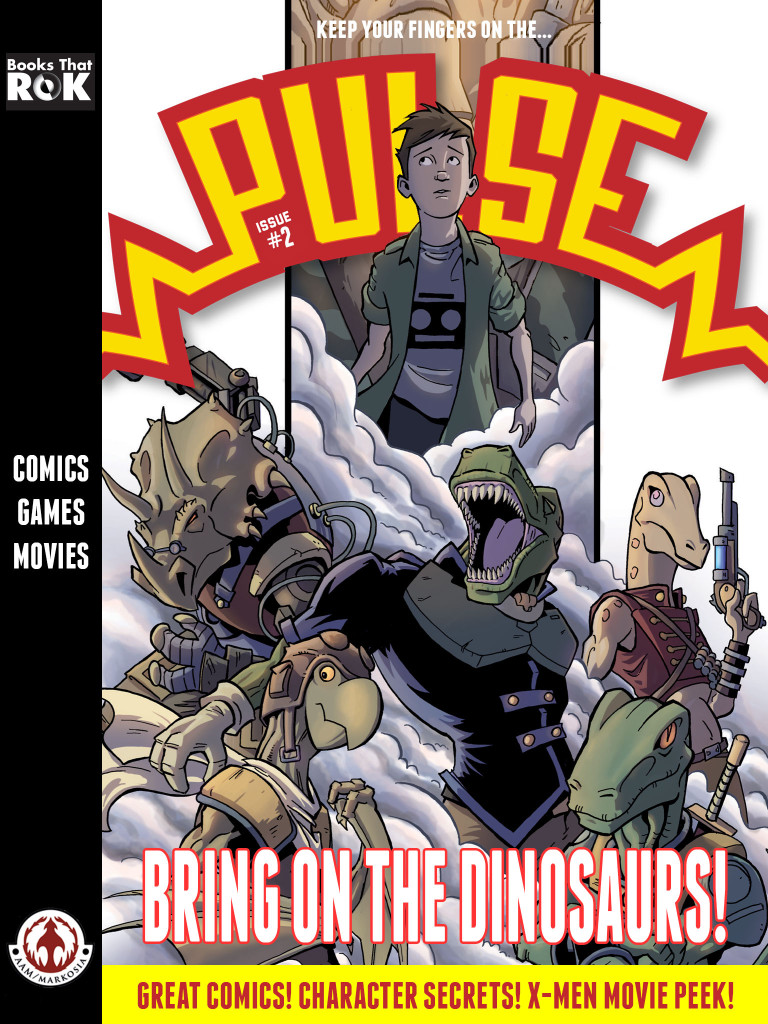 The second issue of the new British digital comics anthology PULSE – on sale exclusively through the ROK Comics Ultra app for iPad – is available now.

An ongoing adventure created by Jonathan Kendrick, Team M.O.B.I.L.E. centres on the story of teenagers recruited into a secret organisation to battle crime, terrorism and other dangers – some stranger than others.

Entombed for millennia, a team of combat dinosaurs – Dinocorps  (written by Andy Briggs & Steve Horvath, with art from Robert Molesworth) – are accidentally reanimated by 14-year-old Carl Heyward. While trying to keep them a secret, Carl discovers the evil Saurons have survived too. Responsible for the last mass extinction event, they’re planning to eradicate the human mammalian vermin with another extinction event. The race is on to save the planet… again. World shaking action-adventure in this all-ages story!

Serpent Wars (written by Christian Rodriguez & Chris Campanozzi, with art from Antonio Rojo) is set in the mid-1800’s where a young scientist smuggles himself aboard the war ship of a British Lord bound for South America only to discover a land filled with serpent gods destined to rule mankind. With the aid of a spiritual goddess the brave adventurer must battle to free the island and humanity from the tyranny of these giant creatures.

What kind of lunatic forces a grizzly bear to wear mechanized combat armour and fight his battles? What kind of fiend kidnaps a beautiful Polynesian computer genius to be his child bride? And just who has a ninja for a butler anyway? Meet the Professor: eccentric, scientist, explorer and Englishman par excellence. There’s madcap steampunk hi-jinks aplenty in Endangered Weapon B, written by David Tallerman, with art from Bob Molesworth).