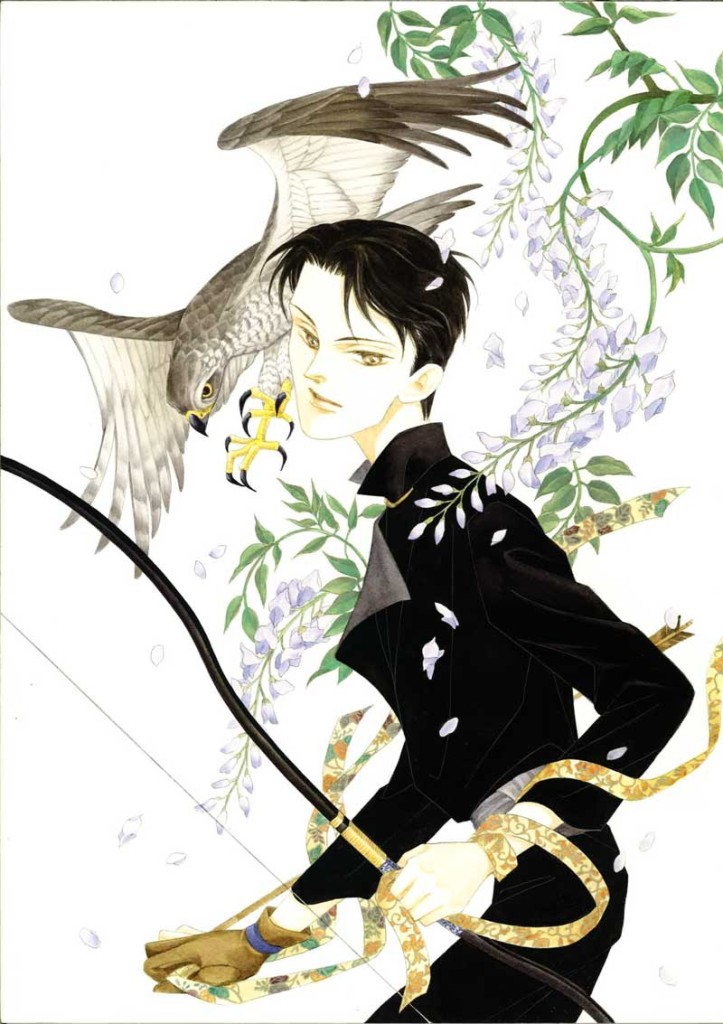 Art by and © Akiko Hatsu

This year’s Lakes International Comics Art Festival will drop you into the fascinating world of Japanese manga and anime, bringing one of the acclaimed creators of Shojo (girl’s manga) to Britain, in partnership with the Brewery Arts Centre, the Daiwa Foundation, the GB Sasakawa Foundation and the Kyoto International Manga Museum.

In the 1960s, Shojo was seen as a low form of manga, but as a result of the pioneering work of creators in the 1970s such as Akiko Hatsu, making her first-ever appearance outside Japan at the Festival, it is now a cultural genre to rival literature.

Joining Akiko Hatsu at the Festival will be two Brighton-based artists: Inko, who work appears in anthologies such as Manga Quake, War, Howl!, Tempo Lush Tales, and more, and whose first illustration book, Uniform Girls will be published this month; and Chie Kutsuwada, a popular manga artist and who is well-known for her workshops and who drew SelfMadeHero’s Manga Shakespeare title As You Like It and The Book of Five Rings by Musashi Miyamoto, adapted by Sean Michael Wilson in 2012 for Shambhala.

Between them, Inko and Chie created the Go Go Metro web comic project (http://gogometro.blogspot.co.uk), described as “a personification of tube stations in London”, which includes the work of guest artists such as Richy K. Chandler, the creative force behind Tempo Lush.

They will be at the heart of a special Japanese café for the weekend which will be a transformation of the Brewery Arts Centre’s popular Warehouse Café, led by students from Kendal College working with the Brewery’s own youth arts group.

The appearances of these renowned creators at the Festival – joining a host of already- announced international and British guests including Darwyn Cooke, Steve Bell, Dave McKean and Kieron Gillen – will be accompanied by an exhibition in the Brewery Arts Centre, Shojo: The World of Girls’ Manga, and several workshops, offering aspiring creators an opportunity to find out more about the secrets of creating manga comics.

This will be the first exhibition of its kind in the UK featuring 30 pieces by Akiko Hatsu; and 17 giving an overview of the Shojo genre, featuring 17 of its most influential artists, men and women.

The exhibition is set to tour to the Atkinson Gallery in Southport and to a London venue in Spring 2016.

Anime film screenings also form part of the weekend’s line-up, including Studio Ghibli’s latest film The Tale of Princess Kaguya and one of their all-time favourites, Kiki’s Delivery Service, alongside Katsuhiro Ôtomo’s Akira (in Japanese with subtitles).

The Festival will also offer a rare chance to find out more about the Kyoto International Manga Museum, which is crammed full of manga of all shapes and forms. The insight will come courtesy of two of its curators, Sookyung Yoo and Kayoko Kuramochi, offering a whirlwind introduction to manga culture and to the wonderful world of the museum.

Plus, for fans of The Simpsons, there’s the opportunity to find out more about the Bartkira project, a mind-bending web comics crossover, the brainchild of British artist Ryan Humphrey, bringing together Matt Groening’s The Simpsons and Katsuhiro Otomo’s Akira to dazzling effect!

• For the latest news on the 2015 Lakes International Comic Art Festival visit: www.comicartfestival.com