Not Just for Girls: Five Shojo Manga picks and a Competition, too!

By downthetubes Guests on September 4, 2015 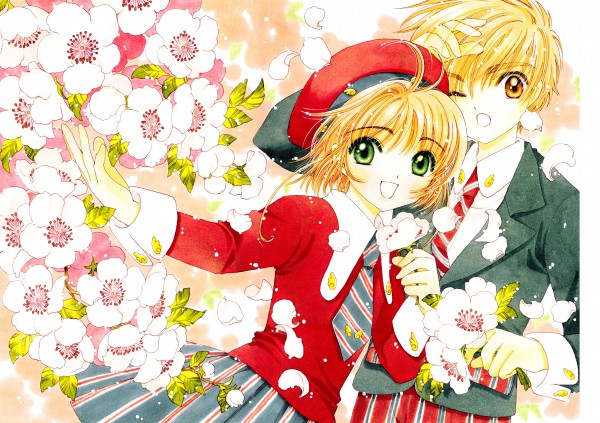 Shojo (sometimes spelt Shoujo or Shoujou) means girl in Japanese, but that doesn’t mean Shojo comics can be enjoyed only by girls. In Britain and, increasingly, Japan, shojo’s stories are enjoyed by men as well.

Here are five shojo comics that have clear cross-gender appeal, picked out by Misha Begley – and check out our competition to win two tickets to see top manga artist Akiko Hatsu at this year’s Lakes International Comic Art Festival and win a limited edition art print by one of last year’s festival guests, Junko Mizuno! 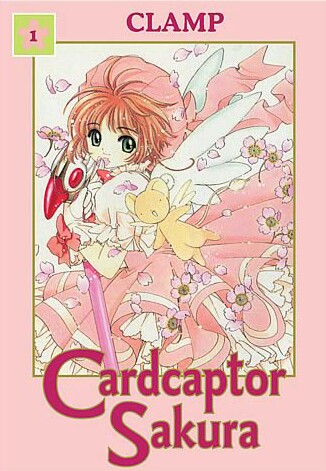 The quintessential shojo manga, with a blend of magic, romance and mystery, this is the magnum-opus of shojo powerhouse STUDIO CLAMP. Card Captor Sakura is a Pandora’s Box-esque modern fantasy in which ten-year-old Sakura Kinomoto accidentally scatters a deck of magic cards throughout the world. With the help of their guardian Kero she must do battle with supernatural personifications of the cards in order to master them and return them to their deck.

The series has an exceptionally well realised system of rules for its characters and magic. Sakura gains a new power as she tames and reclaims each card, meaning each encounter with a foe resembles a logic puzzle where she must use one of her existing powers creatively in order to secure a new one.

Card Captor Sakura‘s popularity crossed both gender and national boundaries when its anime version was edited for a US male audience as Cardcaptors. The localisation studio went as far as digitally removing flower petals from the show’s opening to make it seem less feminine.

• Best enjoyed in its original manga format, Card Captor Sakura is now available in the West in large omnibus volumes from Dark Horse. 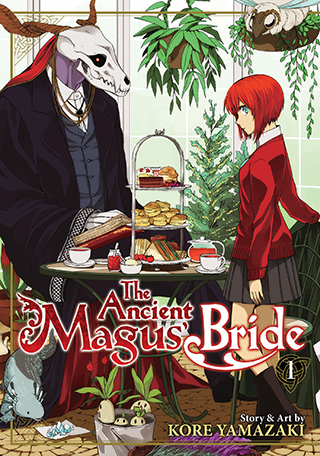 Teenager Chise Hatori is auctioned off to the ram-skulled Ellias Ainsworth who informs her that she is not only to be his apprentice in magic but also his future wife. The story and art are beautiful, with the art nouveau style linework bringing a huge amount of detail and world building into Ellias’ residence. The ivy and vineyards of his estate are rendered exquisitely by writer/artist Kore Yamazaki and her subtle changes in penmanship show an immense range of emotions for a character with an animal skull as a face.

An atmospheric dark fantasy romance that crafts a Neil Gaiman-style world around a classic Beauty and The Beast story. Ellias is the perfect gentleman and just like his bride Chise the reader is pulled in by his charms and dark secrets.

• The first volume of The Ancient Magus Bride is out now in English  from Seven Seas Entertainment, released back in May 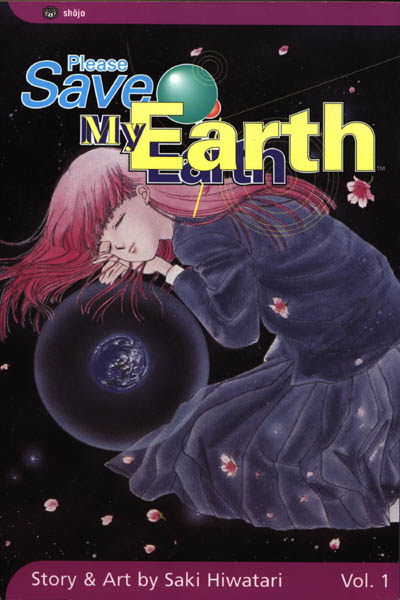 Please Save My Earth – Saki Hiwatari

Alice Sakaguchi keeps having the same dream, blurry images of alien scientists studying Earth from a base on the moon. Even weirder, six of her friends are also having same dream.

So begins Please Save My Earth, a sprawling 21-volume epic about race memories and past lives seeping through into the modern day. Unlike much science fiction we see, the characters in Please Save My Earth are genuinely in awe of the scale of what they are dealing with, stunned and terrified by the vastness of space and the small scope of their life on Earth.

Perhaps most interesting is the change in style over its eight year run. Every issue sees artist Saki Hiwatari advance her technique, not confining herself to the simpler more cartoonish figures of the first issue she develops a sharp-lined, highy detailed style that is most welcome when one reach the final chapters of the epic.

Available from Viz Publishing this is truly where the inventiveness of Shojo manga shines, a story not about intergalactic war but about how each person’s life changes when they realise how tiny their home planet really is. 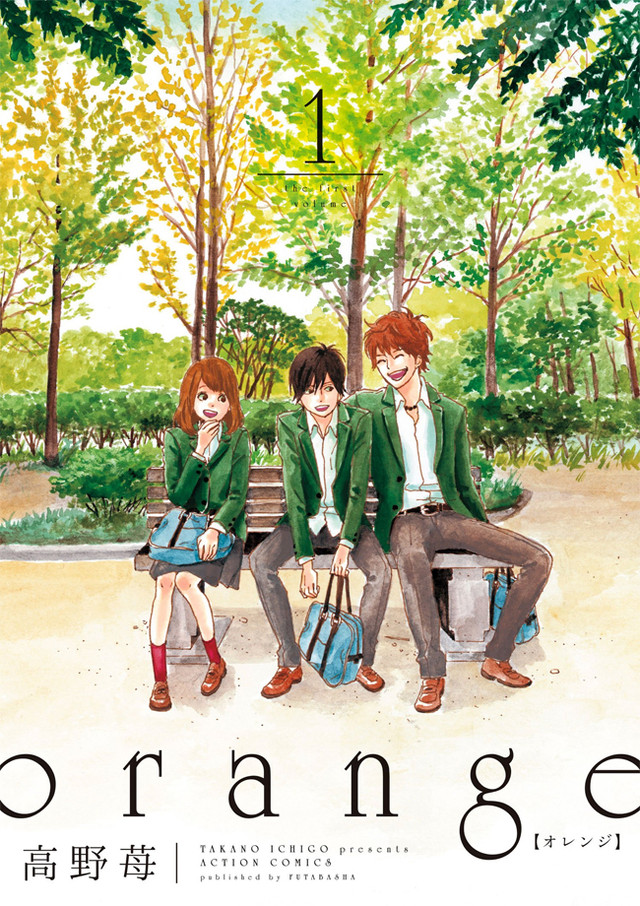 High schooler Takamiya Naho is receiving letters from her future self. They detail every step along the path toward her true love, Kakeru.The story moves with a snappy pace and the one sided form of time travel it uses builds some great mystery. As the reader can see Naho moving closer and closer to the pivotal moment that has necessitated the letters we find out that she is not the only character to have received a one from their future self.

A fantastic magical realism story where you can never be sure of how much autonomy each player has in their actions or whether they are just following a script from the future.

• Still currently ongoing, this manga is available to read digitally from Crunchyroll Manga and in French from Akata 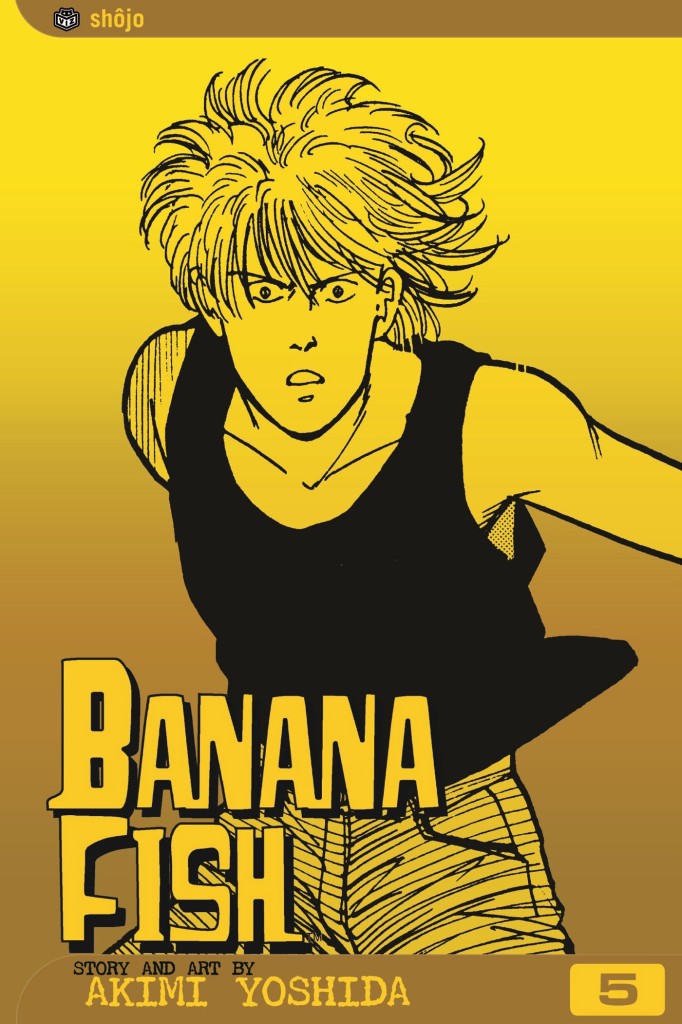 A homoerotic hard-boiled detective drama with conspiracy undertones. Bishonen (beautiful-boy) Ash Lynx endures shoot-outs, fist fights and all too frequent sexual advances from older male ganglords in a 1980s New York, all to solve the mystery of a vial of an unknown drug given to him by a homeless Vietnam vet.

Despite not being classified in Japan as an adults-only work, this is a darkly sexual tale that may shock some readers if they are just starting out with Manga and are wondering why a comic for young girls features so much male-on-male rape.

The series has a large cast of characters and ran for nearly a decade. Tracking down volumes can be very difficult as US publisher Viz hasn’t kept them all of them in print at any one time. Volume One of Banana Fish is available from amazon.co.uk, as are other volumes

One of the  the guests attending the Lakes International Comic Art Festival in October 2015, is internationally-acclaimed Shojo artist Akiko Hatsu – and we have TWO tickets to give away for her first-ever UK appearance, plus a limited edition giclee print by Junko Mizuno for one lucky winner.

[highlight]Please note, these prized MUST be collected at the Festival itself and cannot be posted.[/highlight] 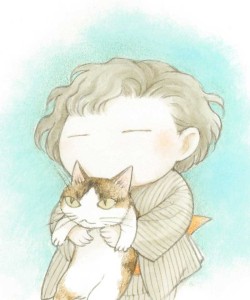 Born in Ishikawa Prefecture, Japan, Akiko Hatsu worked as assistant to her older sister, the manga artist Yukiko Kai, and after Kai’s death in 1981 debuted in the magazine ALLAN (published by Minori Shoten) with her own story “Nami no Banka (Elegy of the Waves)”.

She has published many other works in different magazines, and is currently contributing the serials “Nemuki +” (Asahi Shinbun Shuppan) and “flowers” (Shogakukan), among others, to magazines on a regular basis.

Her stories cover a wide range of themes from traditional Japanese settings to those set overseas, and involve a mixture of Japanese and western elements. This, along with her ability to create upright, noble characters drawn in beautiful colours, has won her many fans.

• There is more about Akiko here on the Lakes Festival web site, plus details of the events she is involved in over the weekend in October (16th – 18th October 2015)

• To enter our exclusive competition, brought to you in partnership with LICAF, simply answer the following question and send us your answer to our usual e-mail address here by 12 noon GMT on Thursday 24th September 2015:

‹ In Review: Over the Line, an introduction to comics poetry
How to Draw Comics the Small Press Way with The Imperium ›