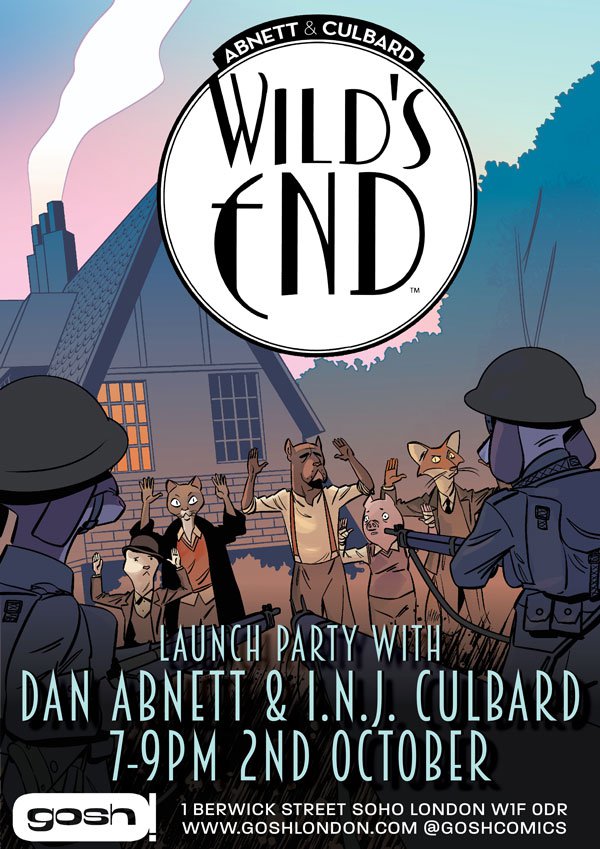 Gosh, the fab comic shop based in London’s Berwick Street, will  be hosting a Launch Party for Wild’s End Volume 1 with creators Dan Abnett and I.N.J Culbard, on Friday 2nd October.

Published by Boom! Studios, Wild’s End offers a great new takes on classic science-fiction, and the creative duo created a glorious mash-up of the aesthetics of War of the Worlds and Wind in the Willows, introducing a lively cast of anthropomorphic characters doing their best to survive an alien invasion in pleasant, pastoral England.

The project was so successful and so well received a second series, The Enemy Within. is now in the works.

Dan Abnett & I.N.J Culbard at GOSH  to sign books between 7.00 – 9.00pm and raise a glass to Wild’s End Volume 1. If you’d like us to arrange a signed copy on your behalf then drop a line to info@goshlondon.com and they’ll sort that out. Postage in the UK is a flat rate of £5 and quotes for international shipping are available on request.