Woo Who! Another Hugo? 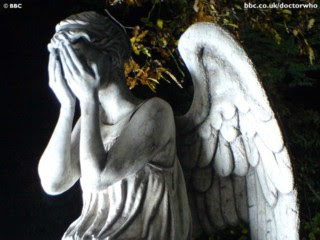 Can we drag you away from last night’s interminably cute Adipose (and how much do you want to bet that a few of them missed getting picked up by the mother ship and will turn up on Sarah Jane Adventures?) and return to some considerably more scary Doctor Who creatures?

The 2008 Hugo award nominations have been announced and Russell T Davies’ new Who empire has taken three of the five nominations for Best Dramatic Presentation, Short Form. Torchwood has one nomination with Captain Jack Harkness while Doctor Who has two with the Human Nature/Family Of Blood two parter and, what must be the bookie’s favourite for the award, Blink. The Star Trek New Voyages/Phase II episode World Enough and Time, and the Battlestar Galactica telemovie Razor complete the Short Form nominations.
As for Best Dramatic Presentation, Long Form the nominations are Enchanted, The Golden Compass, Stardust, Harry Potter And The Order Of The Phoenix, and the entire first season of Heroes.
The awards will be presented on 9 August 2008 at Denvention 3, the 66th World Science Fiction Convention, being held in Denver, USA.
Post Views: 541