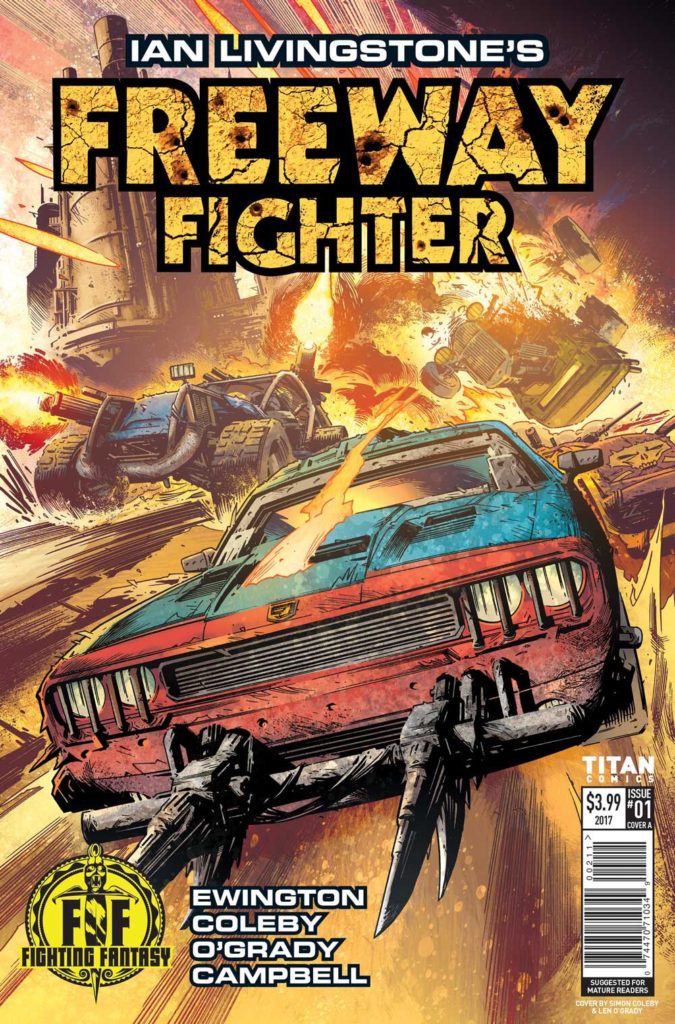 Spinning out of the legendary Fighting Fantasy series of game books created by Ian Livingstone and Steve Jackson in 1982, the post-apocalyptic Freeway Fighter distinguished itself by deviating from the usual mix of orcs, goblins and cave-trolls. Now it’s back – as an all-new Titan Comics production from Andi Ewington with original creator Ian Livingstone and artist Simon Coleby with Len O’Grady.

Celebrating 35 years in 2017, Fighting Fantasy brought together choice driven storytelling with a dice-based role-playing system to create a world in which “YOU are the hero!”

The series sold over 18 million copies worldwide and is translated in over 30 languages.

In the new comics series, written by critically acclaimed writer Andi Ewington (Just Cause 3, The Six) with original creator Ian Livingstone and artist Simon Coleby (2000AD, Royals: Masters of War) with Len O’Grady, an unknown virus has wiped out over 85% of the world’s human population. Former I-400 Driver Bella De La Rosa is one of the 15% – living every day as if it were her last.

Now, 18 months after the collapse of civilisation, faced with a new world order where violence and chaos rule the Freeway, she must hone her racing skills and survive any way she can!

Ian Livingstone CBE is perhaps best known as the co-founder Games Workshop and the co-creator Fighting Fantasy, co-authoring The Warlock of Firetop Mountain with Steve Jackson in 1982. In 2010, he co-wrote Next Gen, a landmark strategy report that set out how the UK could be transformed into the world’s leading talent hub for video games and visual effects. Earlier this month, he again advocated the UK needs a new government body for the UK games industry.

Ian is also the chair of numerous organisations, including Playdemic, one of Europe’s leading mobile games companies, the games studio Midoki and the Sheffield-based award-winning game development studio Sumo Digital.

Simon Coleby began his professional career as a comic-book artist for Marvel UK, in 1987. In the intervening years, he has produced work for 2000AD, illustrating stories such as Judge Dredd, Rogue Trooper, Low Life and Jaegir. Simon has also worked for Marvel and DC Comics, producing art for Punisher 2099, Batman Eternal, The Authority and Royals: Masters of War, among other titles.

• Freeway Fighter  #1 is available to order from the upcoming March edition of Diamond PREVIEWS. Click here for more information on how to order on the Titan Comics web site | Find Freeway Fighter books on amazon.co.uk (using this link supports downthetubes)

• More about Fighting Fantasy on the official web site: www.fightingfantasygamebooks.com

An unknown virus has wiped out over 85% of the world’s human population. Former I-400 Driver Bella De La Rosa is one of the 15% – living every day as if it were her last. Now, eighteen months after the collapse of civilisation, faced with a new world order where violence and chaos rule the Freeway, she must hone her racing skills and survive any way she can! 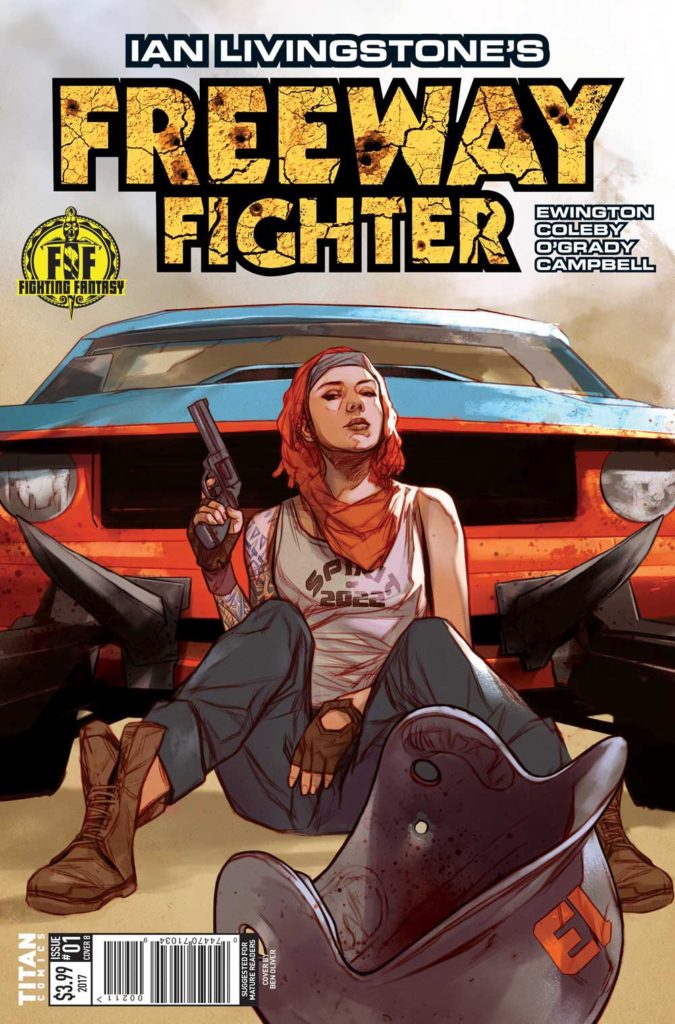 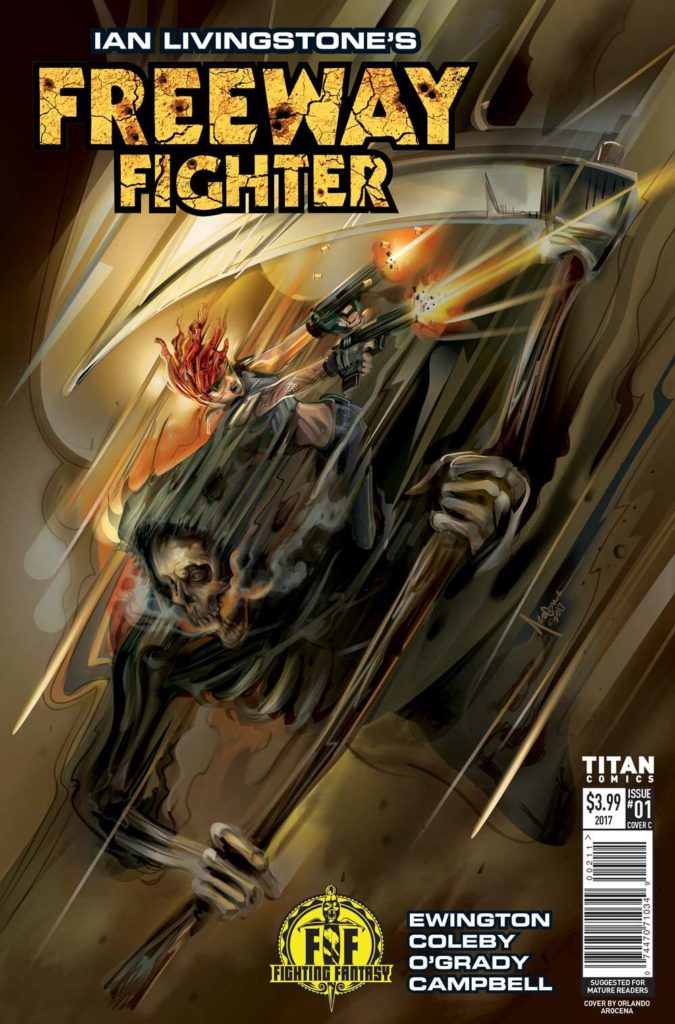 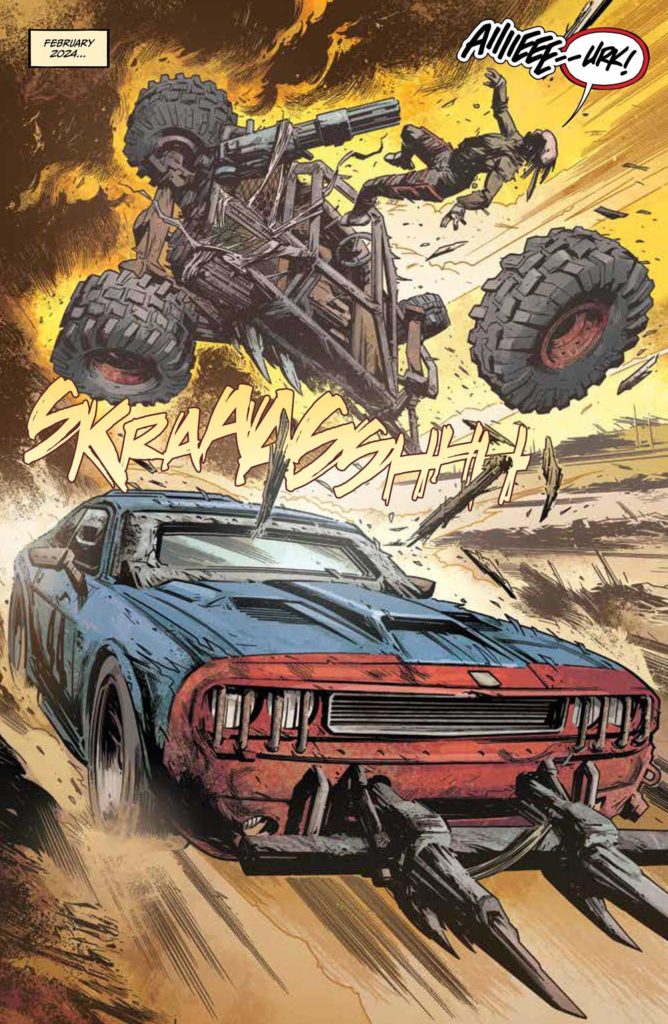 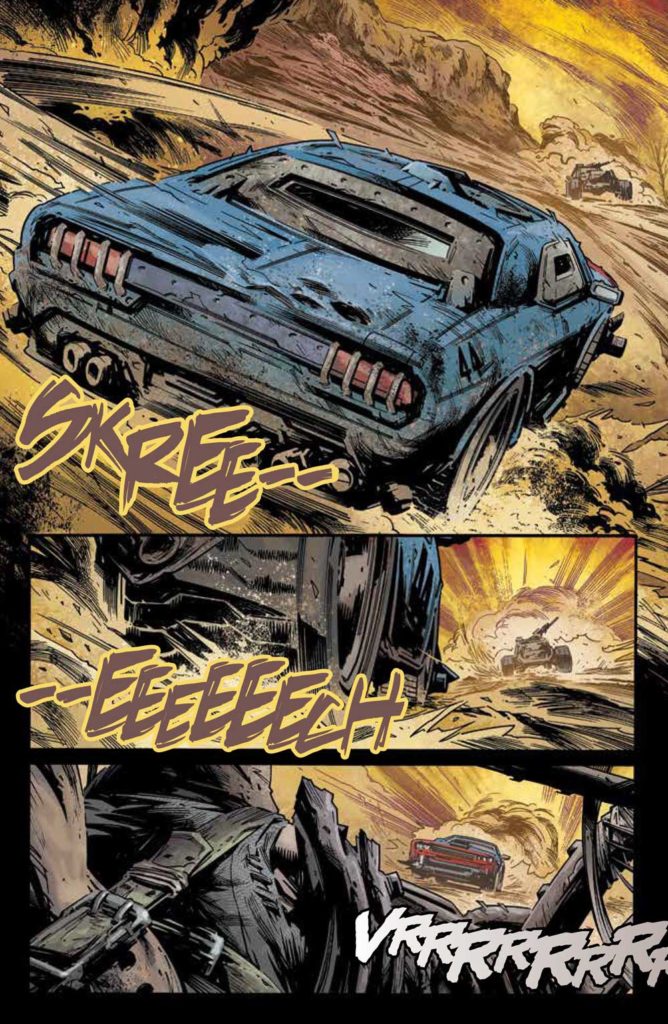 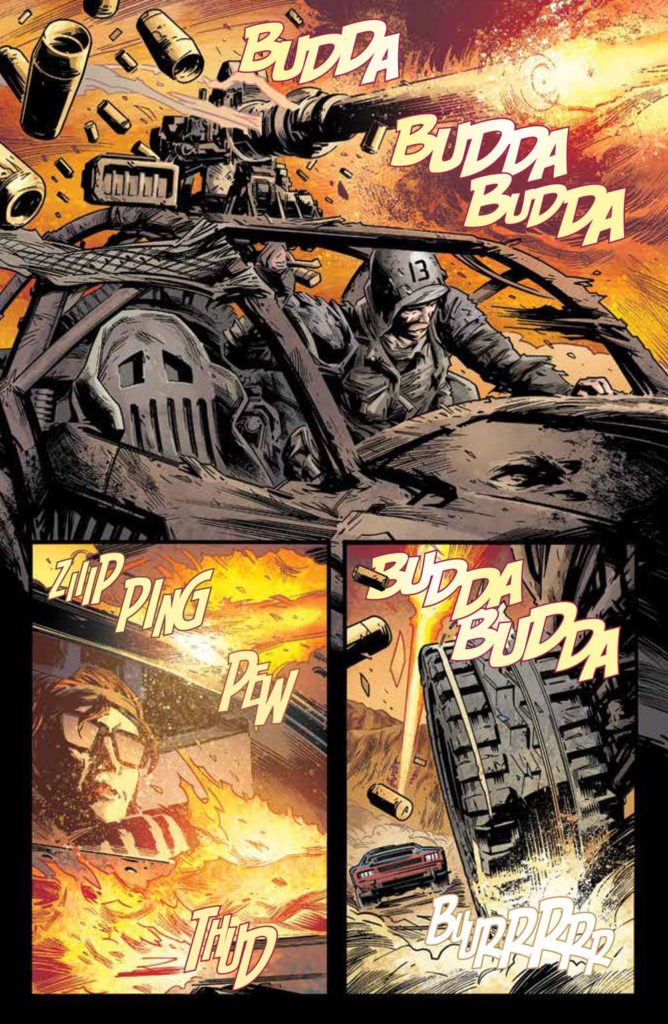 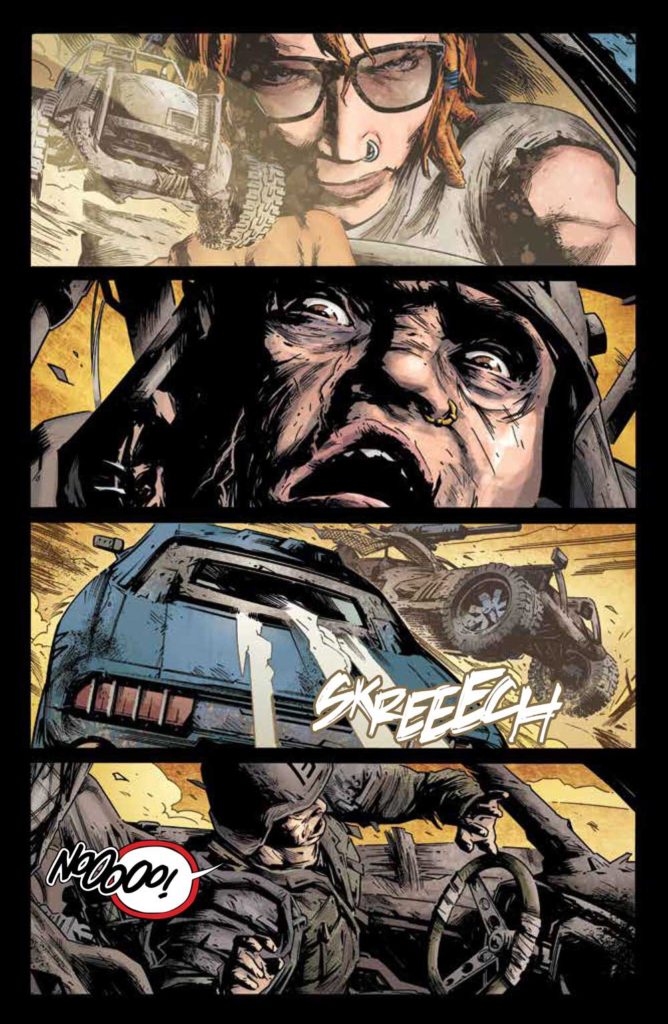 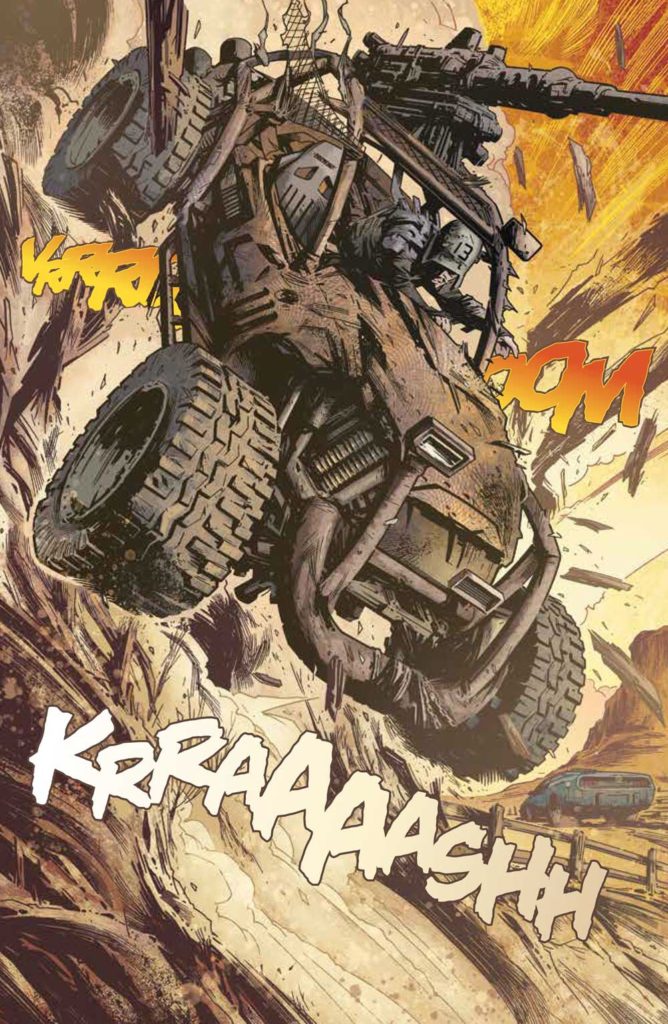 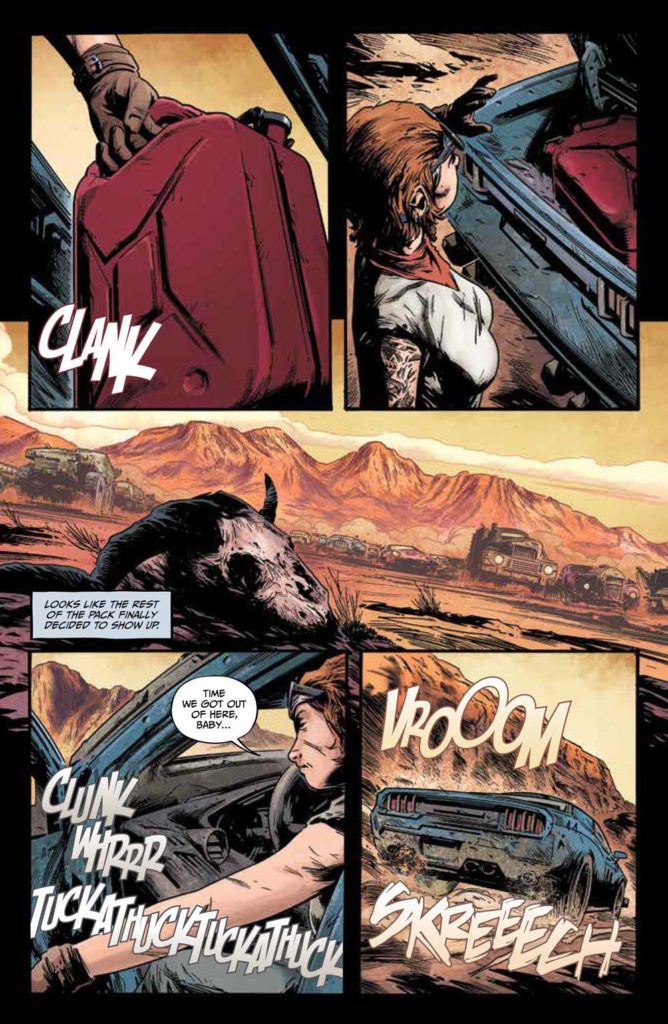 ‹ Beyond Dredd and Watchmen: The Art of John Higgins
Celebrate 2000AD – Or Else! (In a new art competition, that is…) ›