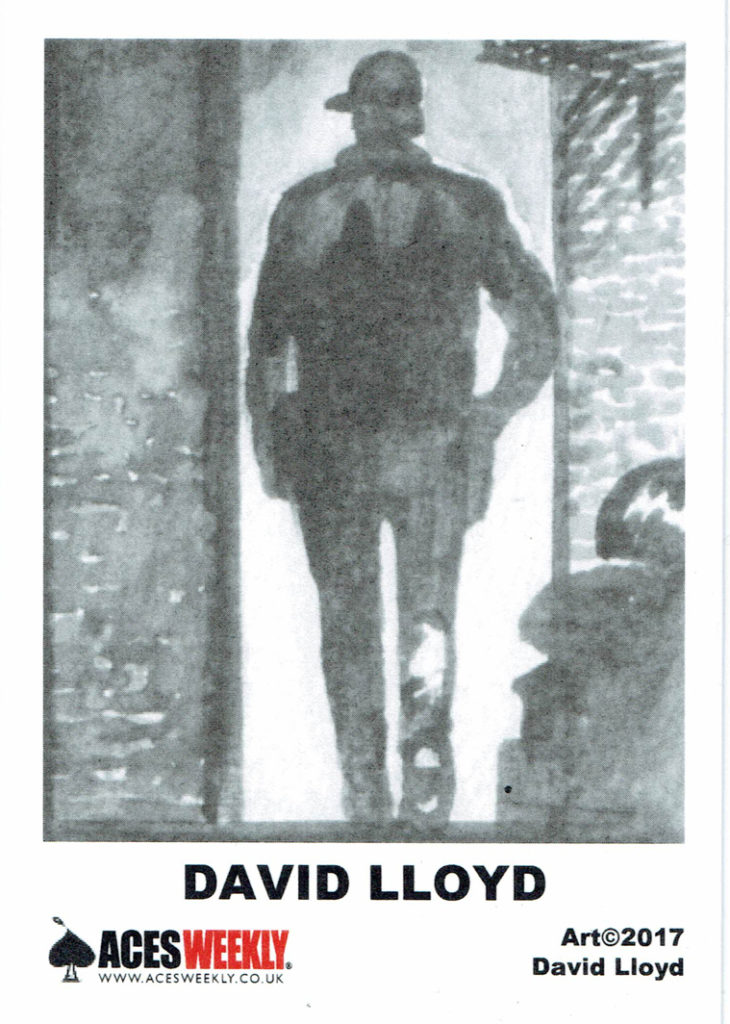 Aces Weekly, the on-line comic magazine, founded in 2012 by David Lloyd and Bambos Georgiou, has announced the release of a set of collectable “trading cards”, which give purchasers access to volumes of the award winning publication.

Each of the ten cards features an image from a specific volume on one side and a unique code on the other, which allows access to that volume. Volumes feature at least six different stories spanning seven issues and are often over 200 pages in length.

The cards are limited editions of 100 per volume, and are available from direct sales comic shops retailing for £6.99 for one card. 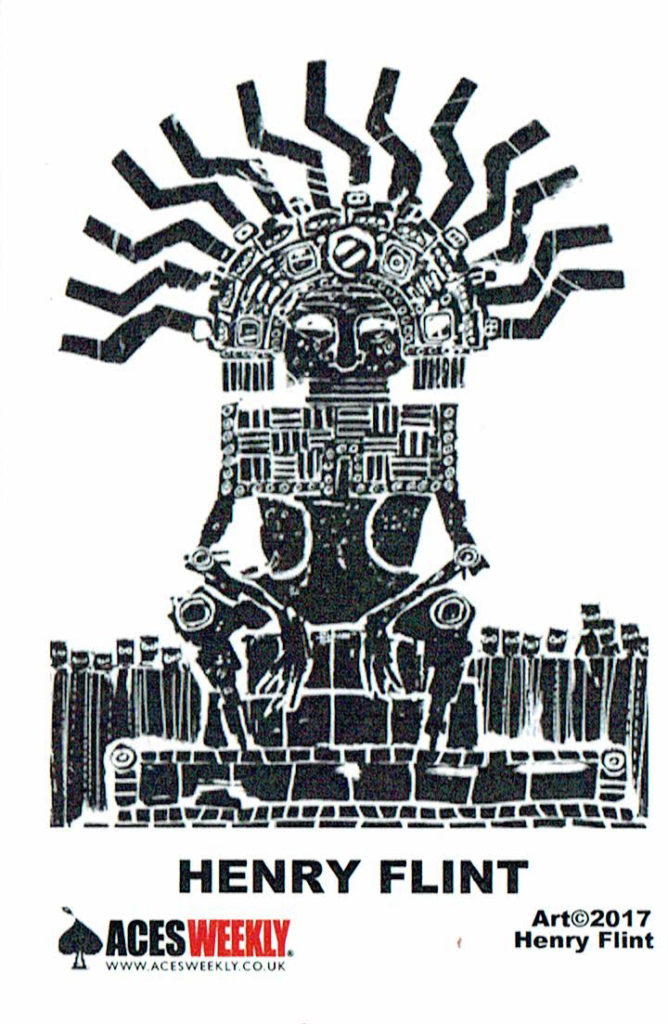 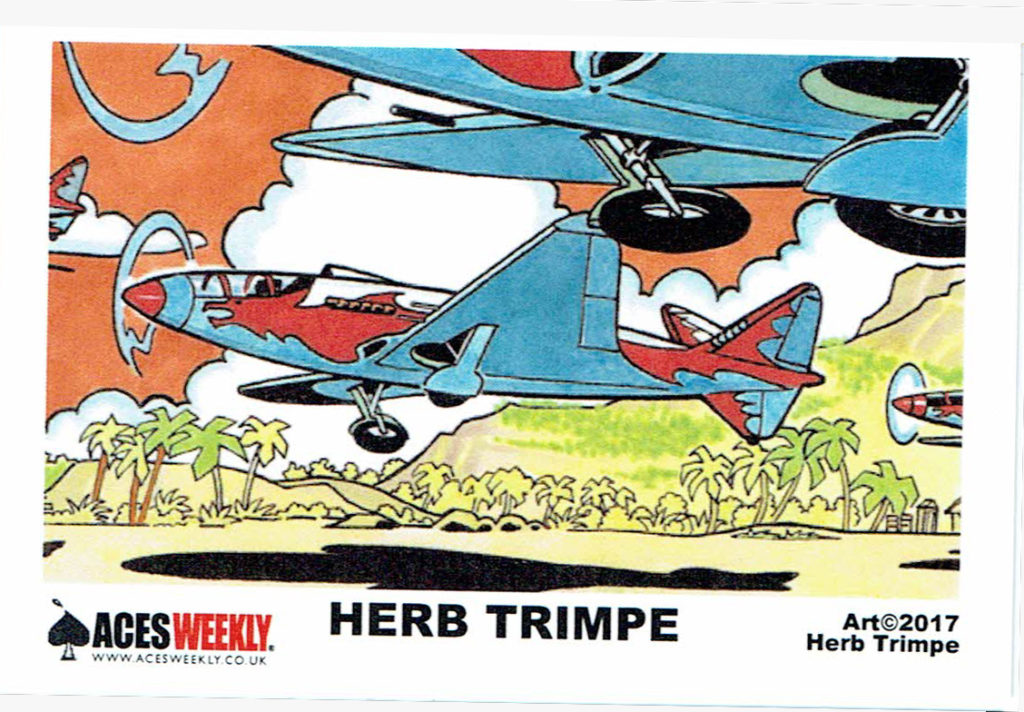 “We’ve had success at conventions with David selling sketchcards to fans,” explains Bambos Georgiou. “But those feature hand drawn images and there’s a limit to how many of those our creators can produce.

“Ever since we launched we, and some of our creators, have wondered if we could sell Aces Weekly through the direct sales market. This is our attempt to offer comic fans a collectable trading card bundled with a top flight on-line publication featuring some wonderful comic strips.” 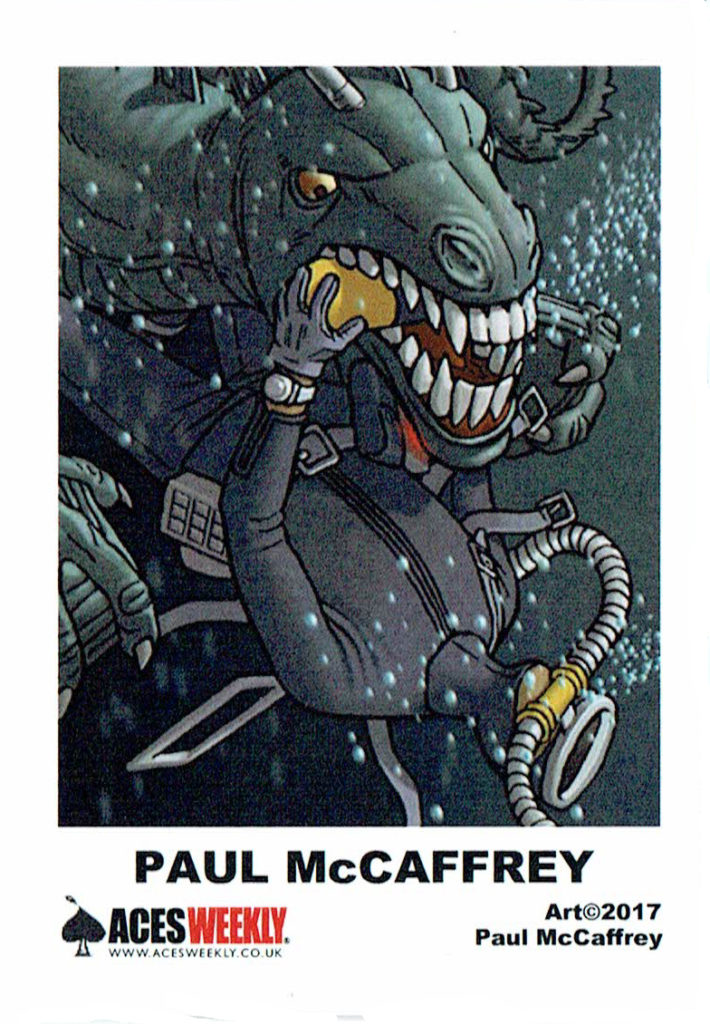 “These cards are extremely collectable in themselves, being limited to just 100,” said Bambos Georgiou, “and with access to such a great number of pages on line they really are great value for money. A 200 page book from a traditional publisher would cost far more than the £6.99 we charge.

“Being an online company we can bring our content to readers at a fraction of the cost of traditional media, it’s one of our major strengths,” he continues. “We’re now in our fifth year and have built up an extremely loyal core of subscribers, but we have to keep pushing on and finding new ways to reach new customers. It’s this attitude that has made Aces Weekly one of the major players in the on line market. Aces Weekly is currently publishing its 26th Volume and we will add more volumes to the line up as they become available.” 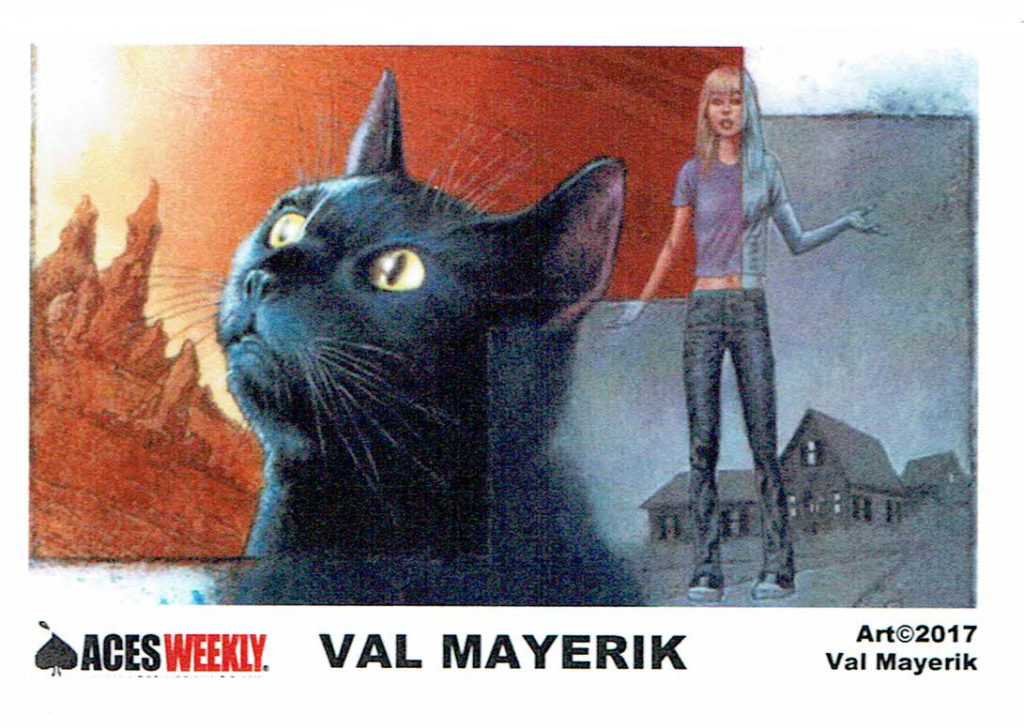 The cards feature the following artists:

• Just want the comic? Then visit Aces Weekly to find out how to subscribe for just £1 a week: www.acesweekly.co.uk