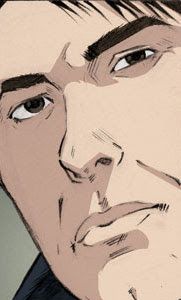 The first ever official Torchwood comic strip debuts in the first issue of Titan’s Torchwood magazine, on sale 24 January. Written by Transformers legend Simon Furman, and drawn by SL Gallant (Marvel Adventures), The Legacy of Torchwood One sees a figure from Ianto’s past reappear in Cardiff, causing fear and havoc for the entire team.

The strip pages are edited by Steve White, also editor of Titan’s new Transformers comic and other comics titles at the company, which is probably originating more comic strip than many other UK comics publishers right now as well as reprinting DC Comics, Simpsons and other titles primarily for the UK market.