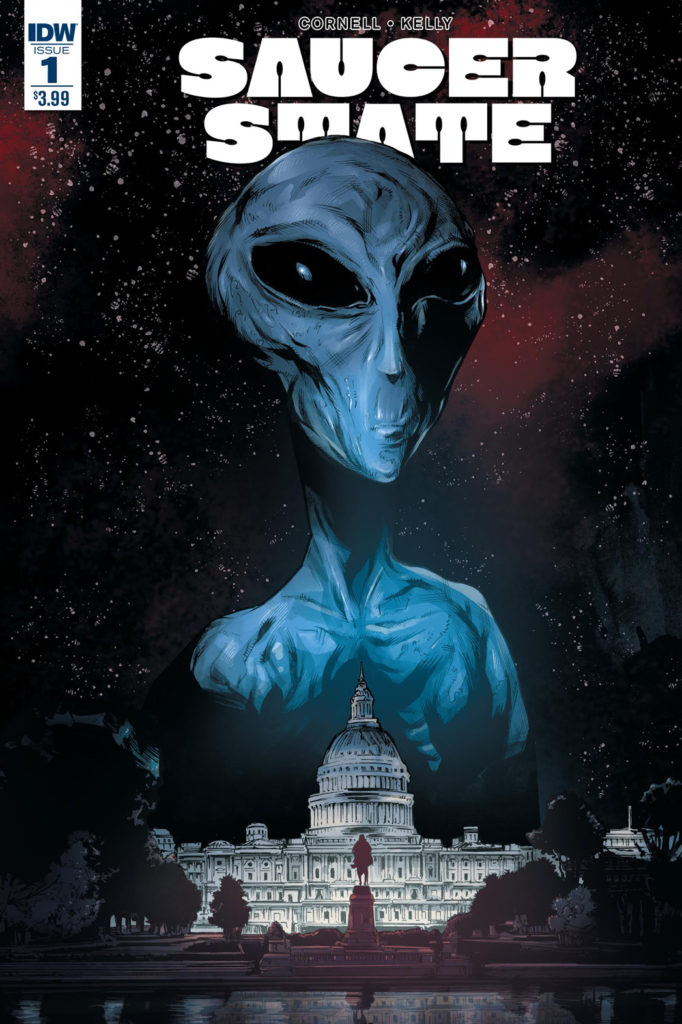 Out next month from IDW is Saucer State, written by Paul Cornell (who I recently worked with on Doctor Who: Heralds of Destruction) with art by Ryan Kelly (Lucifer) – and there’s a new Doctor Who comic collection out too, coincidentally featuring another strip I also worked on with him!

Saucer State is the sequel to and the conclusion of the Hugo Award nominated Saucer Country, published over 14 issues by Vertigo between 2012 and 2013. That story, set to be released as a collection by IDW this year, centred on US presidential candidate Governor Arcadia Alvarado, who has come to believe she may have been abducted by aliens.

Now, she’s the President – and she’s going to use the power of that office to find out what really happened. But will they let her?

The book is being sold in as House of Cards does The X-Files, “a bulletin from the brightest timeline”, with Alvarado ready to break the world to find who hurt her. 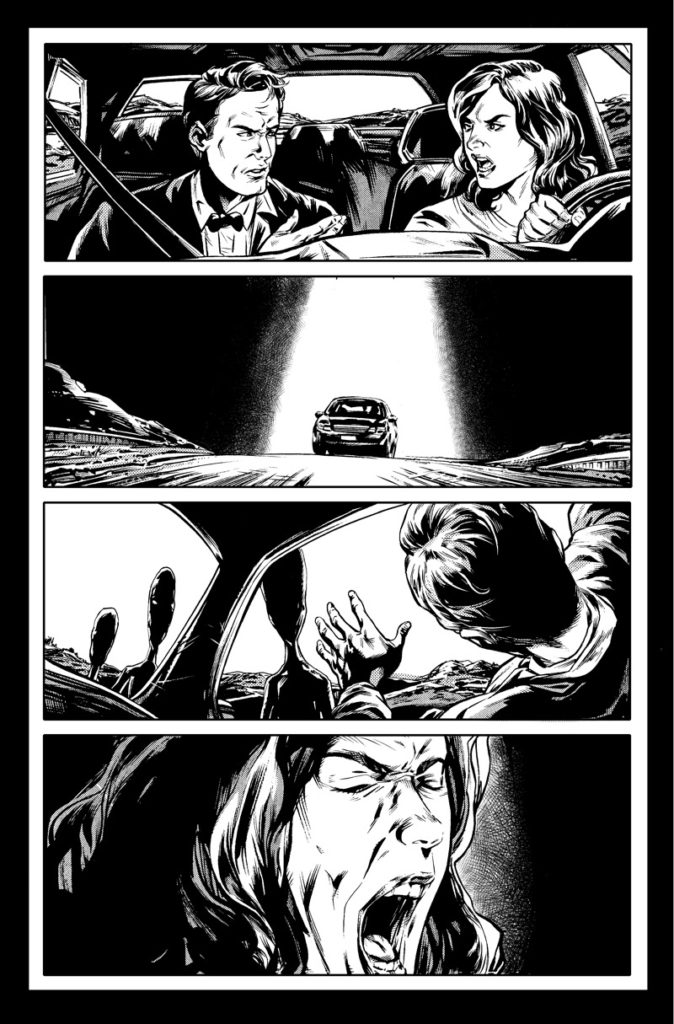 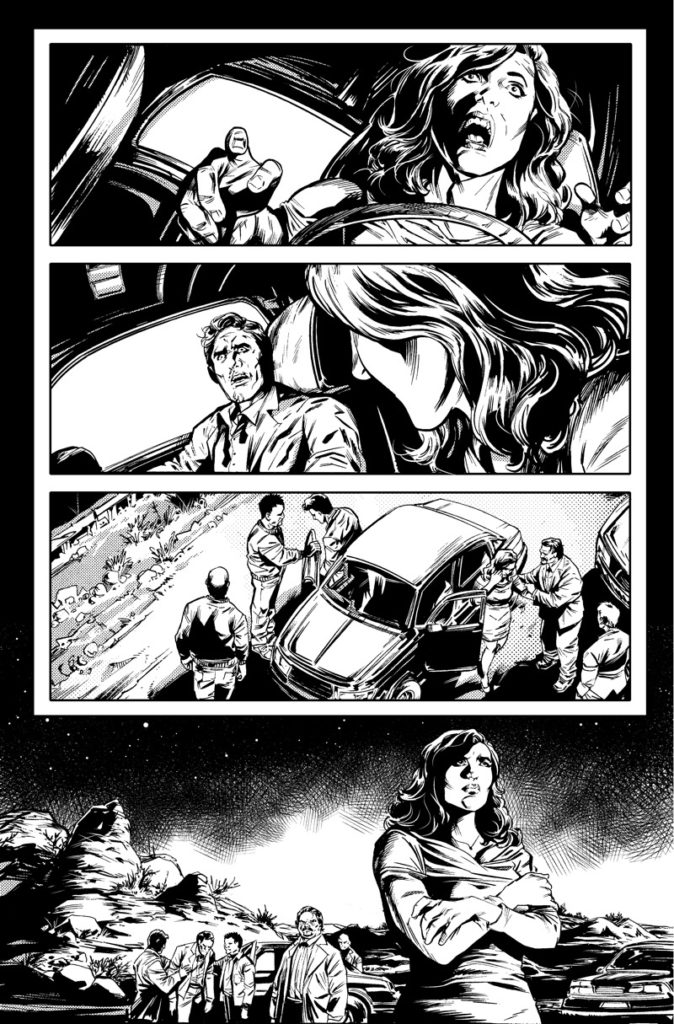 “I’m so excited about Saucer State,” says Paul. “I’m even enjoying writing the blurbs for forthcoming issues, which is usually my least favourite part of this job.”

If you want to know more about the book, you could do worse than pick up a copy of the new Fortean Times (Issue 353), in shops now, which features an article by Paul about the creation of Saucer State, its origins in Saucer Country, and Paul’s use of Fortean themes in both. 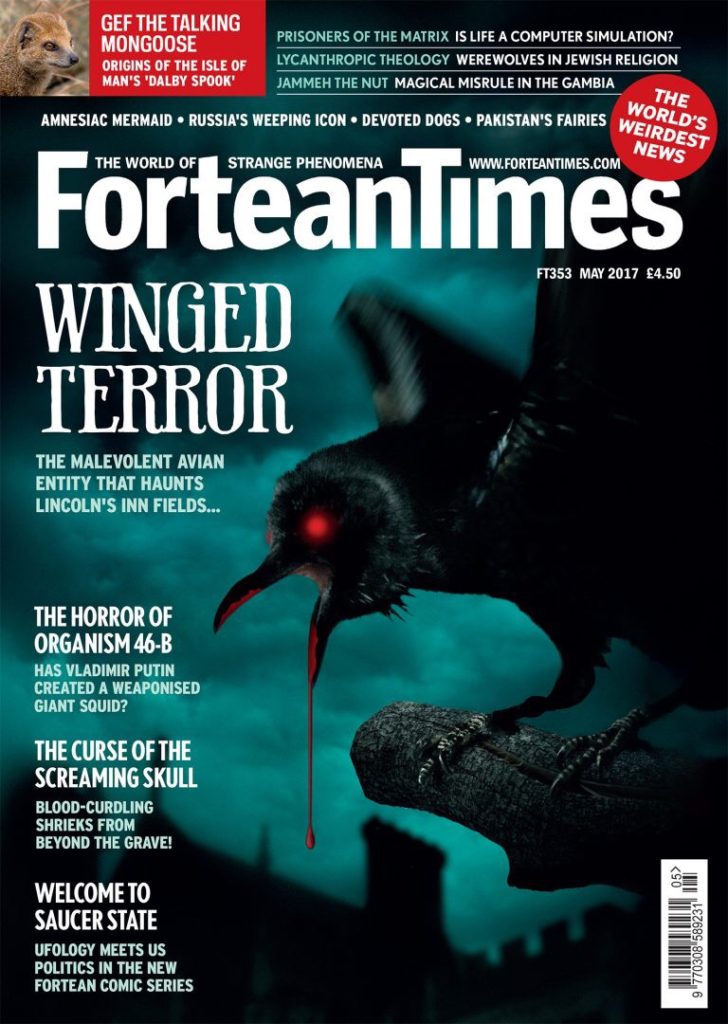 “I also get to boast that I own every issue of FT!,” says Paul. “Seriously, if you’ve never read an issue, give it a try, especially if you enjoy my use of UFO mythology.

“Anyone who knows [IDW Editor-in-Chief] Chris Ryall and me, knows we are UFO aficionados to the Nth-degree,” said Tom Waltz when the book was announced last year. “When we found out Saucer Country was available, we both started plotting diligently to get it at IDW. And now, as Saucer State, our plans have come true and I couldn’t be more ecstatic to soon be a part of a series I’ve been such a huge fan of it from the first mind-blowing issue!”

Along with Saucer State, also out soon is a collection of Emperor of the Daleks, collecting  the eponymous story written by Paul (and me, despite a lack of a cover credit…) and drawn by Lee Sullivan from Doctor Who Magazine, which I edited many years ago. 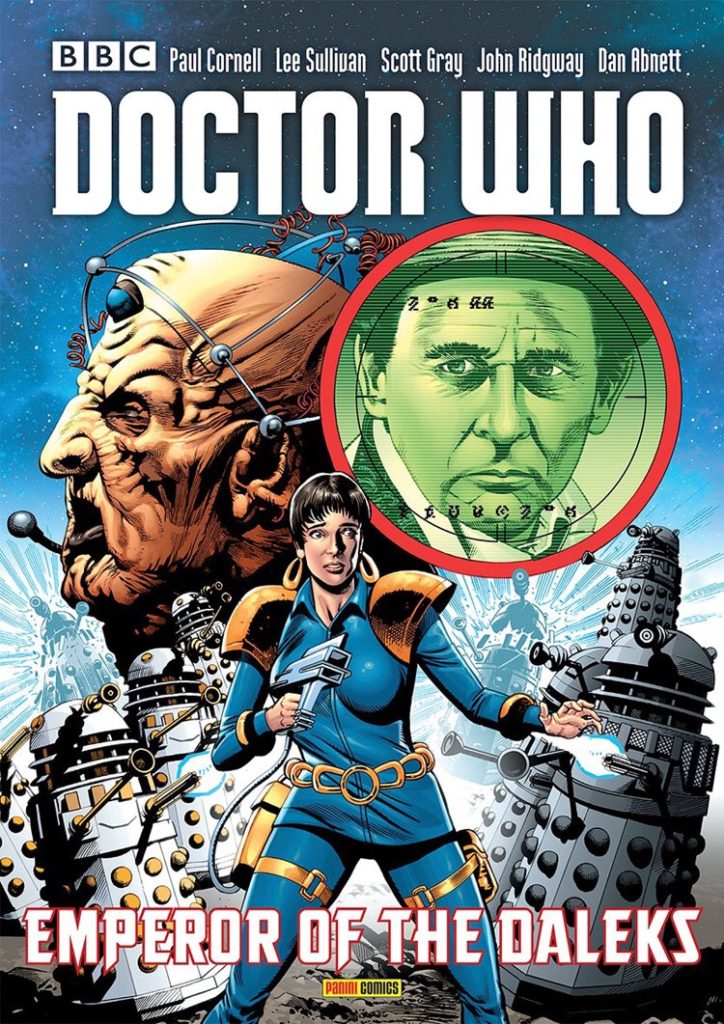 The story features the Sixth and Seventh Doctors, Daleks, Davros and Absolm Daak – what more do I have to tell you to sell it to you?

• Pre-order a copy of Doctor Who: Emperor of the Daleks from Forbidden Planet here (using this link helps support downthetubes)

Emperor of the Daleks collects together stories by leading writers and artists, from the highly acclaimed comic strip in Doctor Who Magazine.

Includes a wealth of exclusive, brand-new material revealing how the strips were created, featuring contributions and commentary from the writers and artists.

• Or Buy Doctor Who: Emperor of the Daleks from amazon.co.uk  (using this link helps support downthetubes)