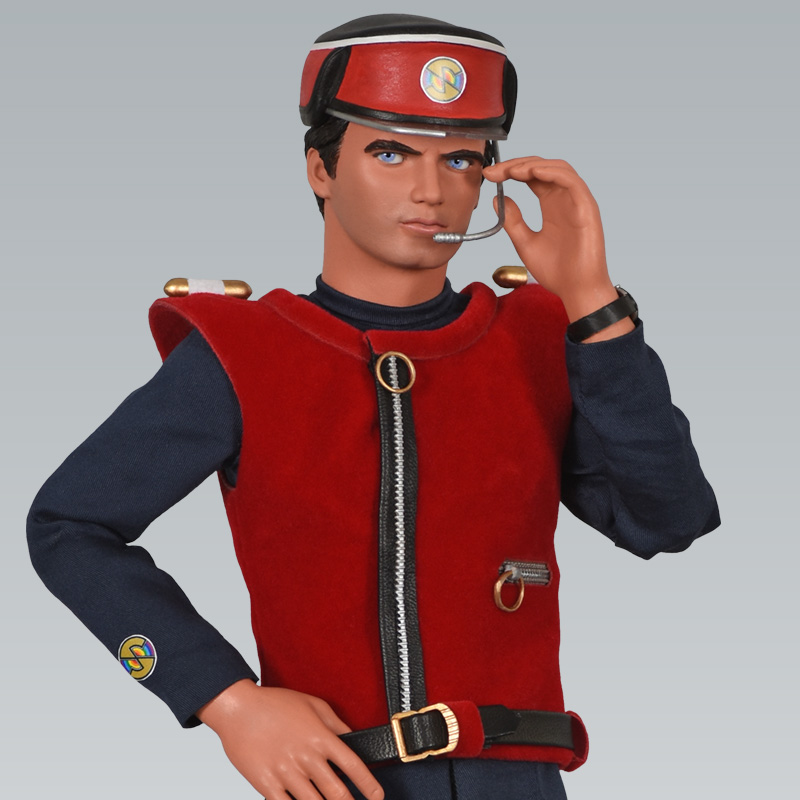 Comic artist Lee Sullivan created box art for this figure, which features the most faithfully re-produced character likeness, an authentically styled costume and accessories, plus a special illuminating Spectrum display base.

Produced in a worldwide numbered limited edition, the figure is inspired by the original Captain Scarlet series created by Gerry and Sylvia Anderson. 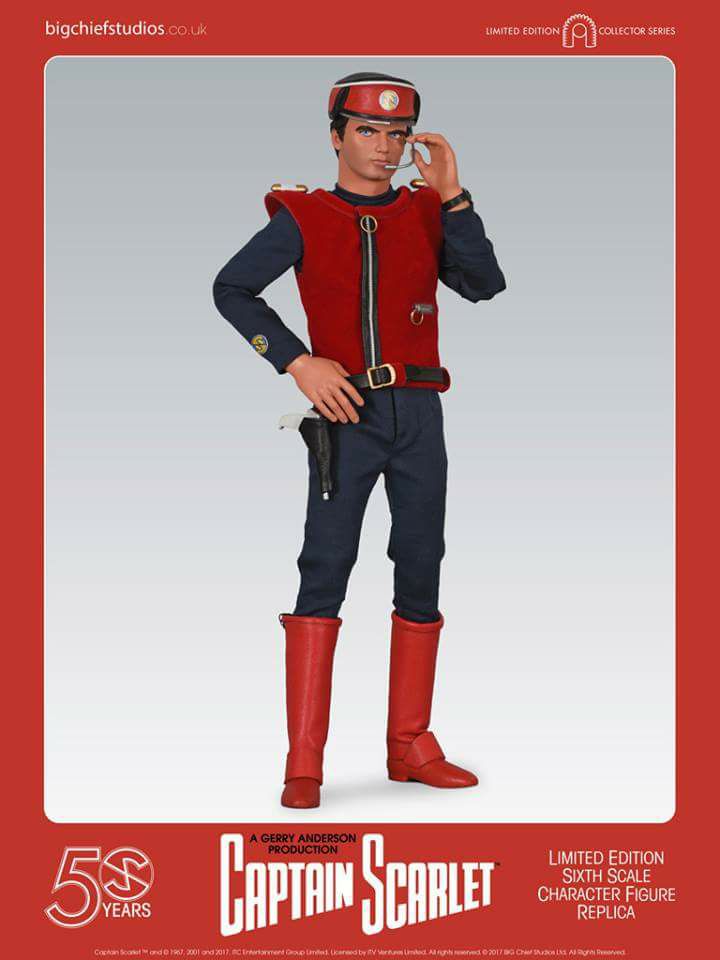 Set in 2068 Captain Scarlet presents the hostilities between Earth and a race of Martians known as the Mysterons. After human astronauts attack their city on Mars, the vengeful Mysterons declare war on Earth, initiating a series of reprisals that are countered by Spectrum, a worldwide security organisaition.

As Spectrum’s primary agent in the ongoing fight against the Mysterons, Captain Scarlet is the ultimate soldier ready to do or die, then do it again. With his retained alien ability of Retro-metabolism Scarlet can be severely injured, or even killed in action, only to be healed ready to fight another day.

First broadcast in 1967, Captain Scarlet is a British science-fiction television series produced by the Century 21 Productions company of Gerry and Sylvia Anderson – pioneers of the “Supermarionation” film-making process. The show has since been transmitted in more than forty other countires around the world.