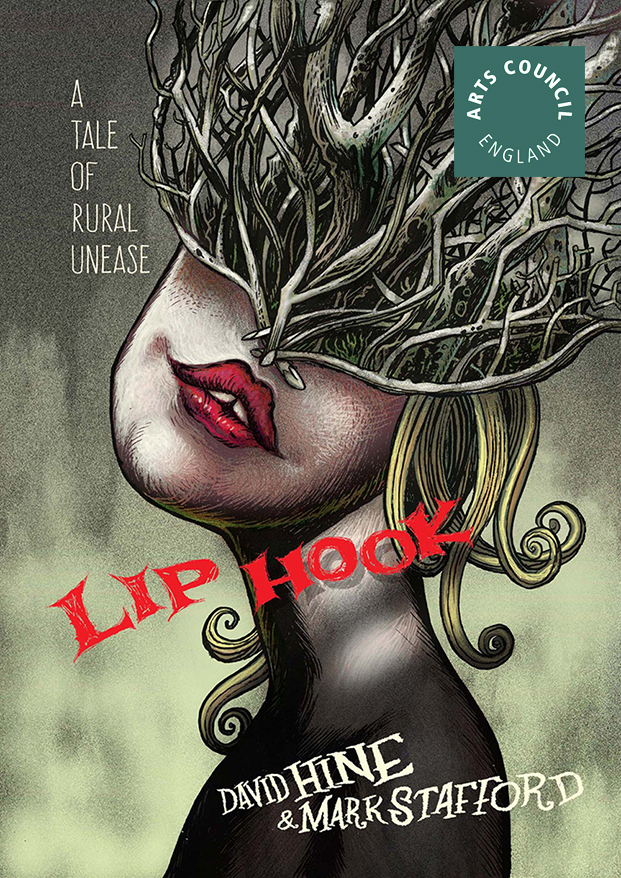 Top British comic creators David Hine and Mark Stafford have announced a new graphic novel for SelfMadeHero, Lip Hook, a story of “rural unease” set in a sleepy English village – a project that being backed by funding from Arts Council England.
Their previous collaboration for SelfMadeHero was the superb The Man Who Laughs, short-listed for Best Book in the British Comic Awards of 2013. They have since gone on to create The Bad, Bad Place for Soaring Penguin (currently being serialised in the quarterly anthology Meanwhile), a short strip for SelfMadeHero’s the Corbyn comic and Quin Returns for the Kickstarted Broken Frontier anthology.
“But this is the big one!” David enthuses. “We’re aiming at around 160 pages and, as you can see from the logo on the image above, we have received funding from the Arts Council.
“That funding has been crucial for us,” he continues. “It means Mark can actually buy pencils and other essentials – y’know, food and stuff like that – while he spends a year producing the art for the book.”
Part of the deal with the Arts Council is that the public get their money’s worth out of us so to that end David and Mark will be opening up our working process throughout the next year and beyond, starting with regular blogs and then moving on to talks, workshops, exhibition and eventually the printed book itself. 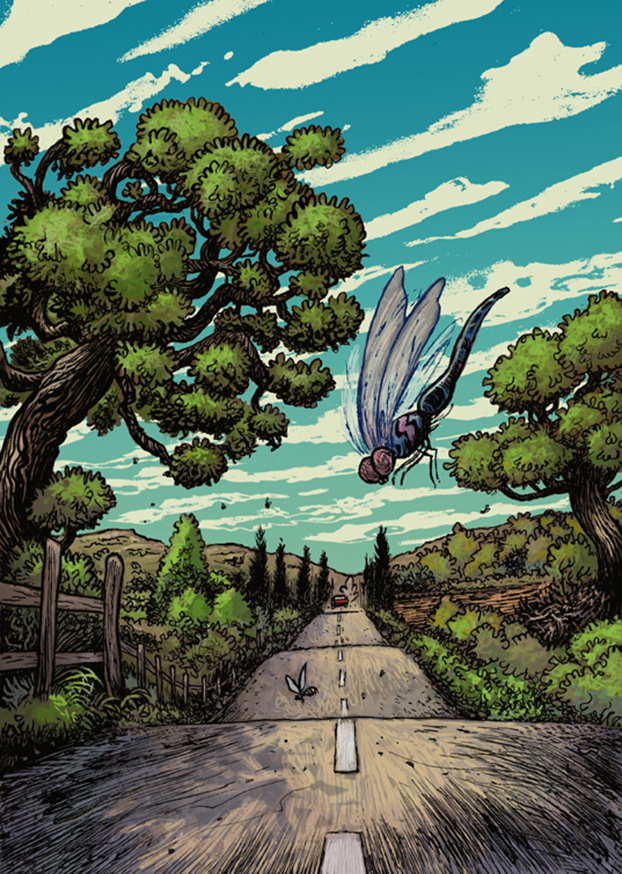 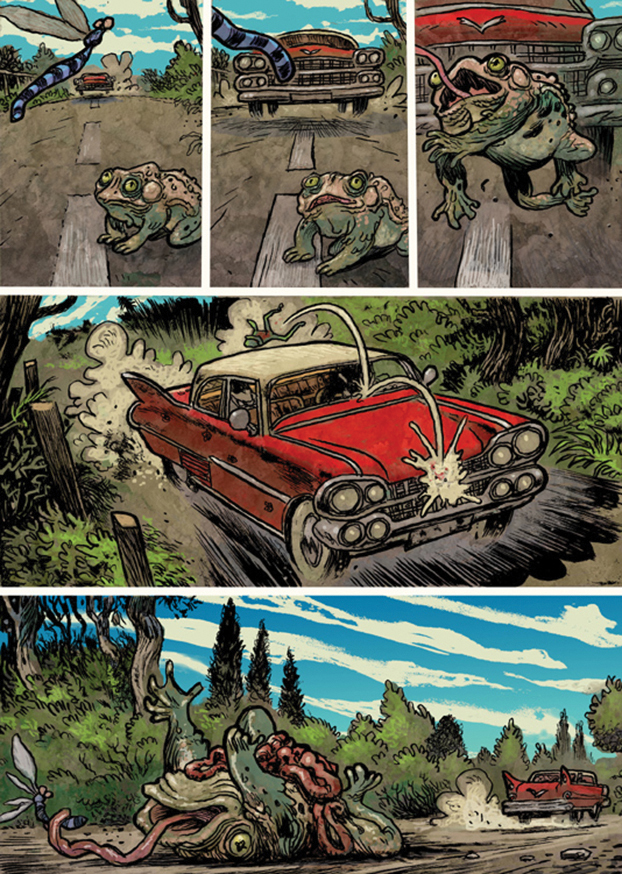 “Lip Hook came about when Mark pointed out to me the true story of the murderous Magdalena Solis religious cult that sprang up in Mexico in the early 1960s,” says David of the story’s origin. “We’ve shifted the location to an isolated, myth-steeped English village. The story is told through the eyes of an adolescent boy who is bemused and fascinated as he observes the conflict between traditional patriarchy and the powerful and mysterious women who gradually overturn the system, inflict chaos and ultimately take control of the village.”

We can’t wait – this pair have a well-deserved enthusiastic following and an impressive track record in their won righst as individual creators.

• Mark Stafford is online at www.hocus-baloney.com