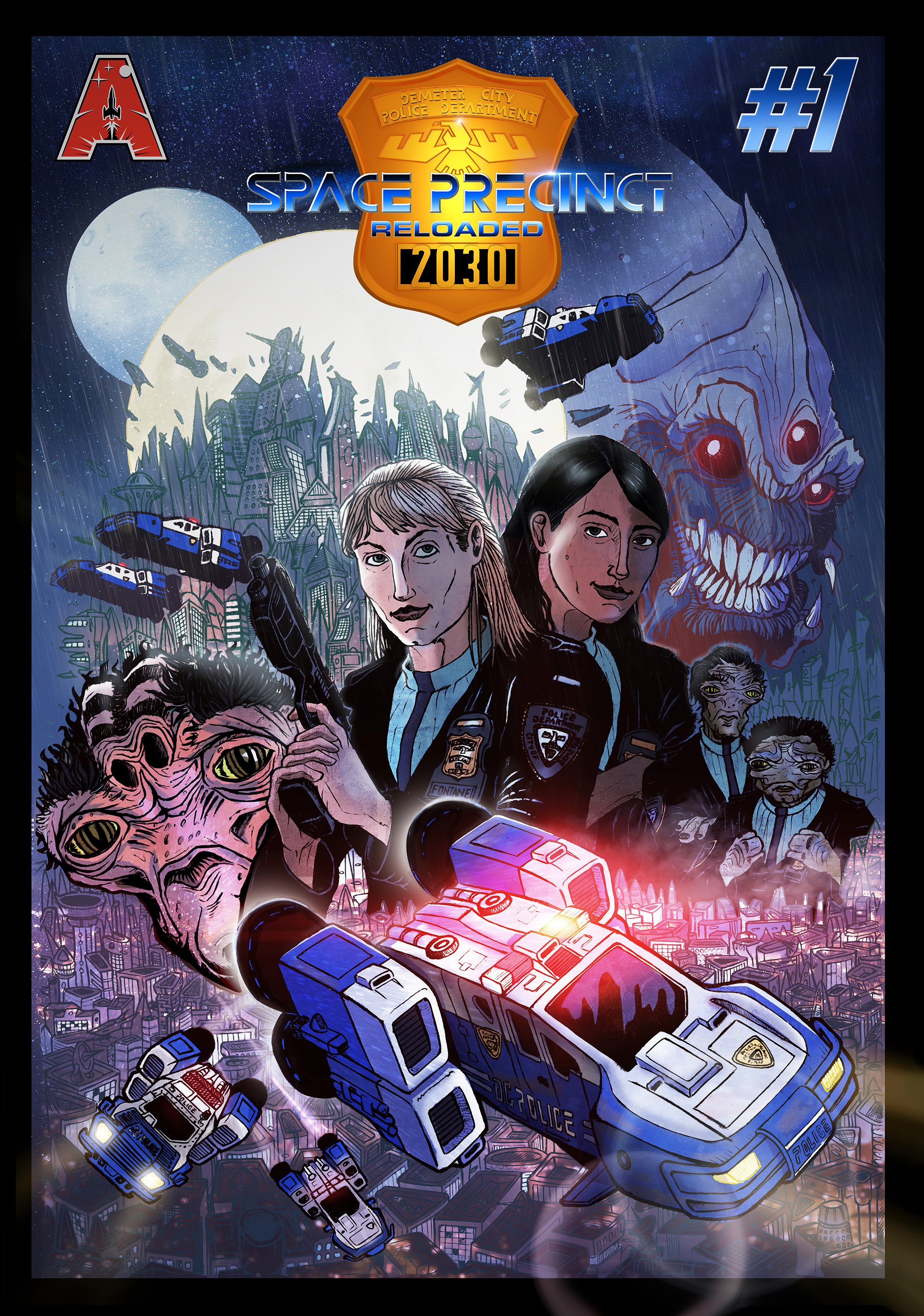 Announced back in October 2017 during the FAB Live event, Space Precinct: Reloaded, written by Chris Thompson and illustrated by Connor Flanagan, is a revival of the 1994 TV show Space Precinct. It’s set 10 years before the show, when Aria Fontane becomes the first human cop in Demeter City.

Space Precinct offers a “great premise and potentially if done right, a comic adaptation could stand on its own and not necessarily have to rely on the show to get readers in,” Belfast-based writer Chris Thompson, who works at Anderson Entertainment, says of the project’s origins.

“I took the idea to Jamie [Anderson] and to my surprise and partial terror (it’s easy to come up with ideas but significantly more difficult to actually follow through with them) he said yes, if I could find an artist and stay within budget then we had a go for a test first issue.

“I’d love to say that finding an artist was an incredibly drawn out and gruelling adventure but in reality, I walked into my local Forbidden Planet, asked my friend Brian, who was working if he knew any local artists. He said ‘Yes, he’s upstairs’ and boom, that’s how I met Connor Flanagan.

“Connor’s enthusiasm for the project basically got him the job immediately, he quickly produced some sketches of Brogan and Haldane and some nice street scenes. His character work was really high standard and I’m super happy with the work he’s produced for this comic.”

• Space Precinct: Reloaded – price £7.99 for the 32 page perfect bound book – is now available to pre-order from the Gerry Anderson Store and there’s much more background to the project here on the Anderson Entertainment web site