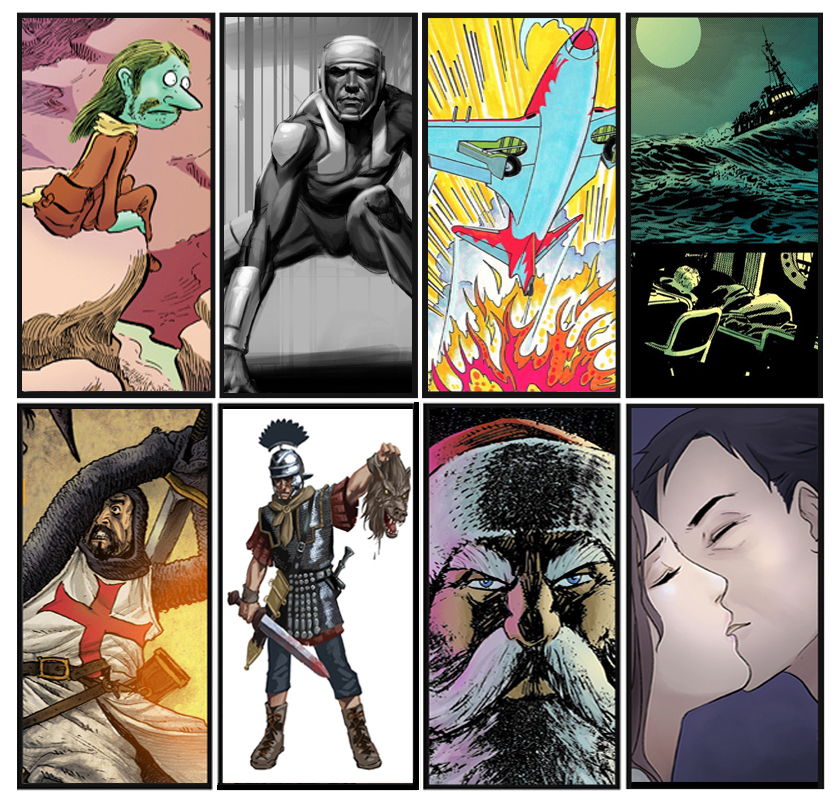 Showmasters has announced it is to host to a major gathering of contributors to David’ Lloyd’s digital comic Aces Weekly during this year’s London Film and Comic Con (5th – 7th July).

Among the writers and artists in attendance at Earl’s Court 2 over the weekend will be Ben Dickson, Bambos Georgiou, Martin Griffith, David Hitchcock, John Kaiine, David Leach and Yishan Li.

Leading the invasion is Kickback and V for Vendetta artist David Lloyd, the mastermind behind the online comic.

Also joining the group will be Stephen Baskerville, David Hine and Kev Hopgood.

Launched by David Lloyd in 2012, Aces Weekly is a digital resurrection of the anthology format of British comics of the 1960s and ’70s. A mix of action, adventure and humour, it features strips by top talents from around the world.