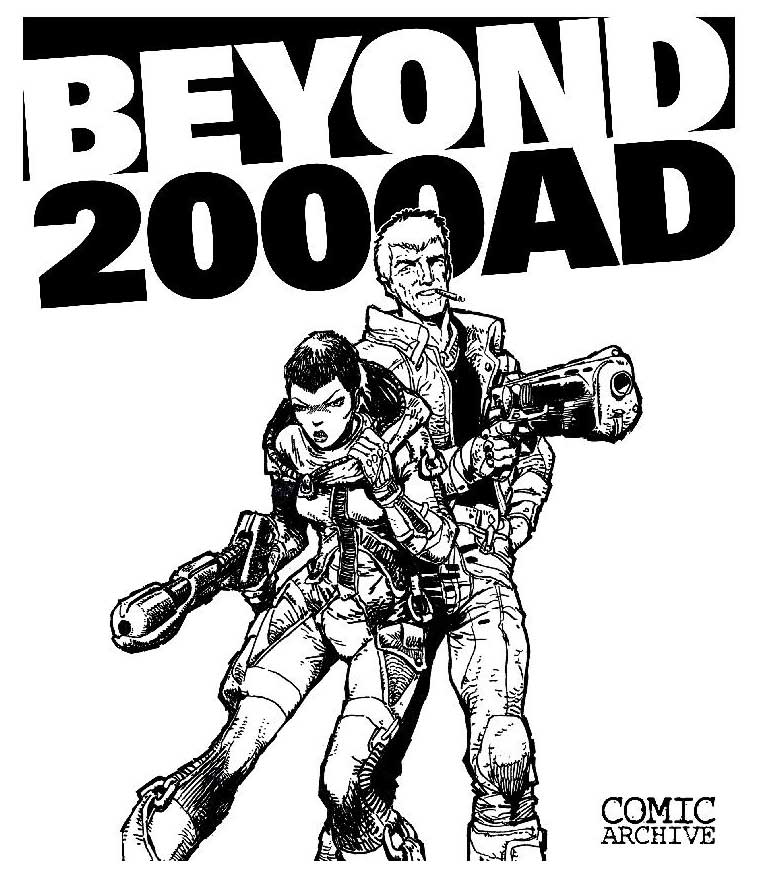 Hibernia Books are back after the success of last year’s Comic Archive: One Eyed Jack and the Death of Valiant with the latest in their Comic Archive series: Beyond 2000AD.

The book  – available now – is packed with fascinating articles and interviews about some of the projects and titles that have a connection with 2000AD, including the short-lived Starlord and Tornado comics, 2000AD‘s the adaptation of Harry Harrison’s science fiction  novel, The Stainless Steel Rat and an Eagle project that never flew (see related new story)

In addition to a history of Starlord and Tornado, there’s an  extensive look at 2000AD‘s publishing history in the United States, a historyof the Daily Star‘s Judge Dredd strip, interviews with 2000AD art editors Doug Church and Colin Wyatt, unseen Ian Gibson art for “Mekomania” and much more.

The book is a fantastic insight into the comics absorbed and inspired by 2000AD, backed by a number of terrific interviews. It’s another fantastic and absorbing guide to parts of British comics history from David McDonald, and we have no hesitation in recommending purchase.

• Beyond 2000AD is not available in bookshops – the 68 page book is available for £6  plus £1.50 postage (print edition) and as a digital edition for just £2.50 from Hibernia Books Comicsy store: www.comicsy.co.uk/hibernia