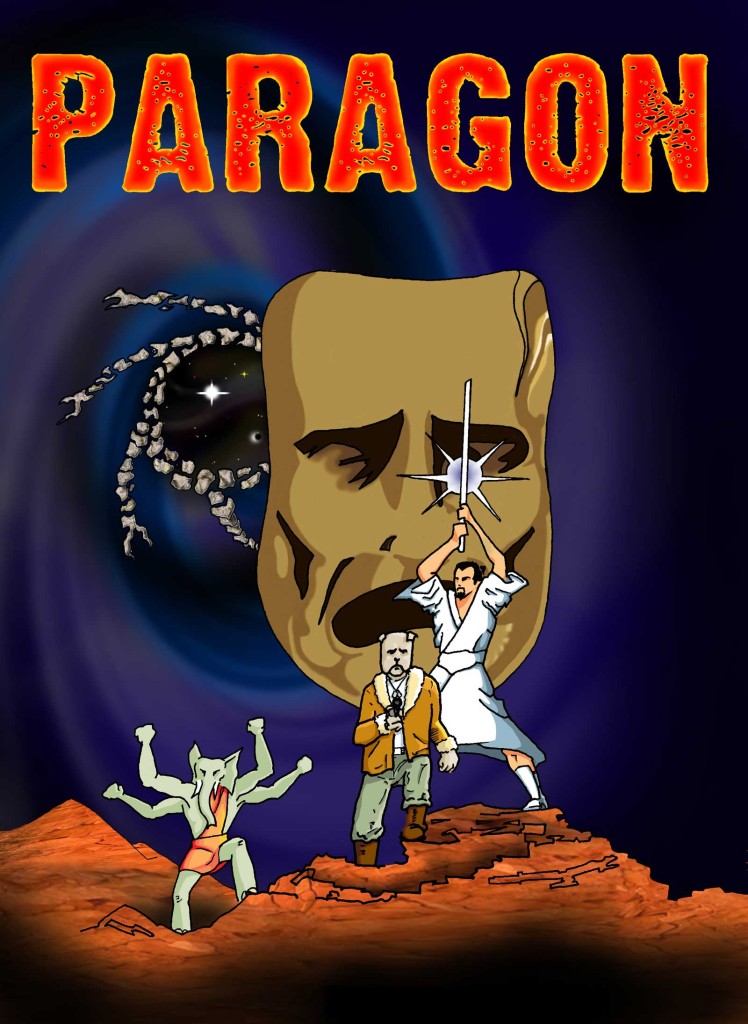 Like the sales starting in December, wearing a Christmas jumper ironically or putting glitter in your hipster beard, the Paragon annual edited by Davey Candlish has become a recent tradition.

Paragon is an old-school boys-own action/adventure comic reminiscent of 2000AD, Eagle, Warlord, Battle and other glorious black-and-white comics that were so, so cool in the 1970s and 80s. 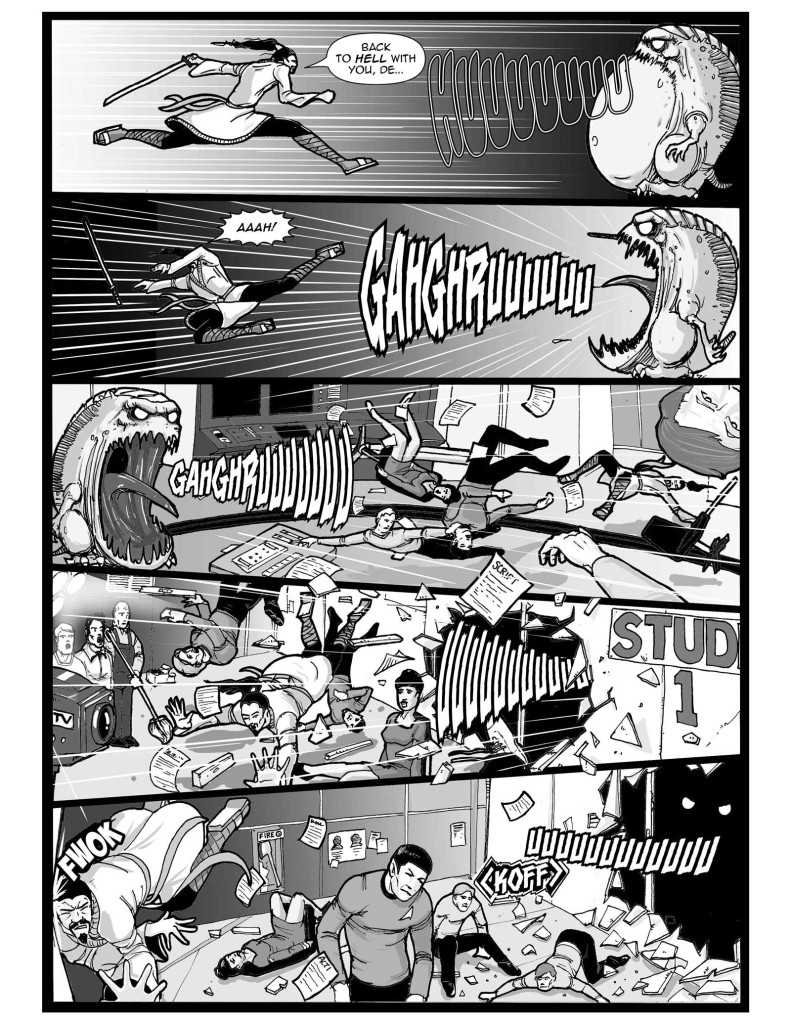 Great fun at the expense of a well-known TV franchise in “Jikan”, written by Mark Howard and A. Wallace, drawn by Alex Mines, lettered by Ken Reynolds

“It’s hard to find a comic nowadays that inspires the same kind of feeling picking up one of those comics back then did,” says Davy “but Paragon is as close as you can get, containing new stories, reprint, text tales and self contained adventures of our various heroes”.

This year’s annual not only has a host of the regular contributors back to delight your sense of adventure but there’s also have a number of newcomers to add to the roster of talent. Writers this issue  are Greg Meldrum, Jason Cobley, Davey Candlish, Jim Cameron, John Osborn, Stephen Prestwood and Mark Howard, with art by Jim Cameron, Dave Candlish, Scott Twells, Stephen Prestwood and Alex Mines – all wrapped in a famous film franchise humorous homage cover by Davey Candlish with colours by Jim Cameron. 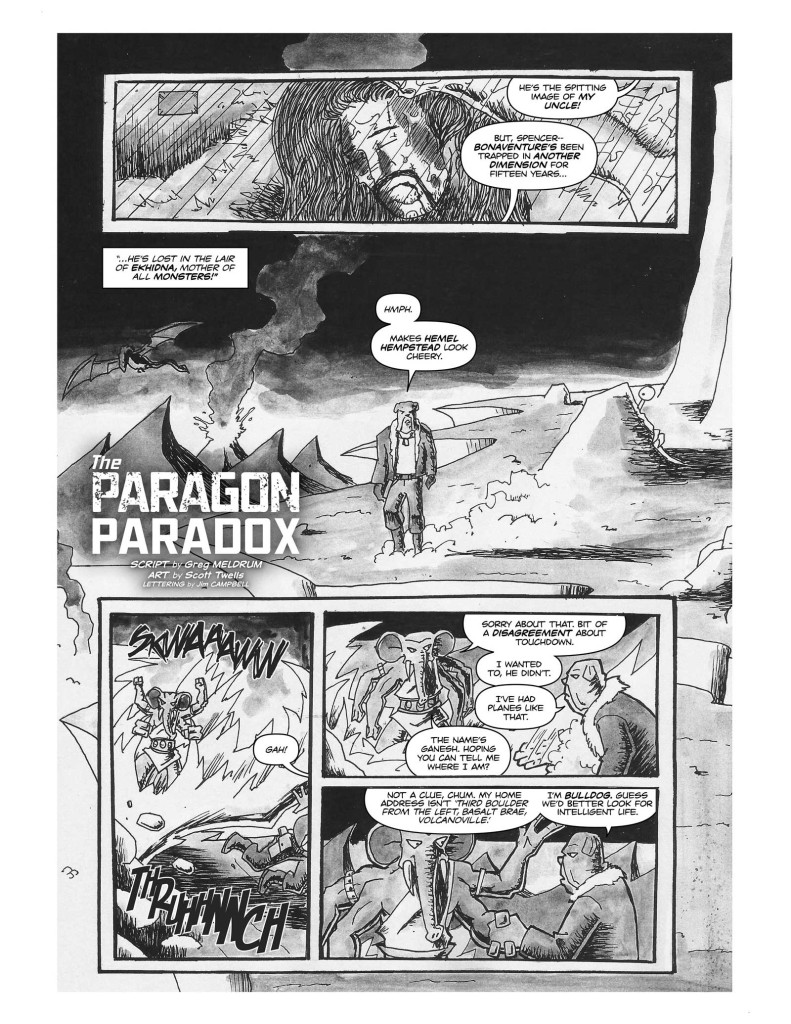 The Paragon Paradox, written by Greg Meldrum with art by Scott Twells, lettered by Jim Campbell

Along with a fabulous episode of “Jikan” spoofing a well-known US SF TV show – worth the cover price alone – and “The Case of the Temporal Manipulator”, this annual features a 20-page multi-hero adventure starring Bulldog – the anthropomorphic defender of the skies above Blighty; Jikan -the time-travelling demon-hunting samurai; Ganesh – the six limbed superhero from the sub-Continent; and Spencer Nero, the Civil Centurian – the British agent who is endowed with extraordinary strength whenever he dons the Janus mask!

• Buy the Paragon Annual 2016 here for just 95p for the digital edition from lulu.com