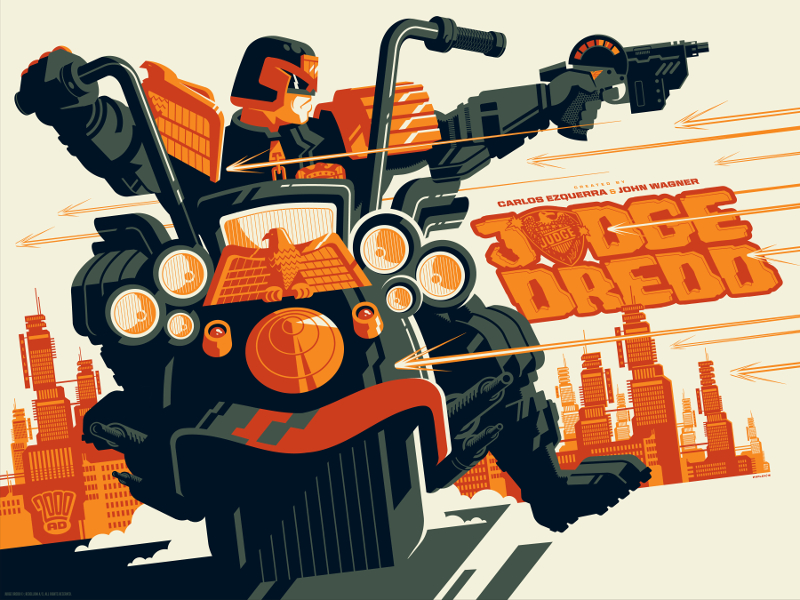 Two new 2000AD-inspired screen prints this coming weekend, one by Tom Whalen, which the team at Vice Press are hugely excited about.

The prints will be on sale at the NICE Comic Convention in Bedford and we will releasing this new Judge Dredd screen print there, as well as a Judge Dredd handbill by Matt Ferguson especially for the event.

Tom Whalen is a graphic designer and illustrator who found himself inspired by typography and committed to making it an integral part of his work, who relishes the opportunity to mesh his passion for design and love of illustration for clients like Disney, Marvel, the Beatles and Target.

• The remaining prints will go on sale at 6pm BST on Monday the 5th September 2016 at Vice Press: www.Vice-Press.com 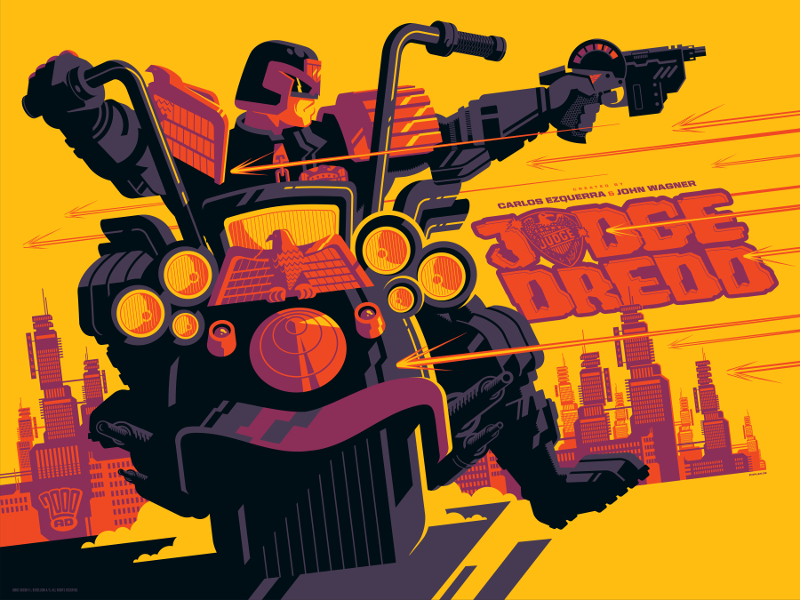 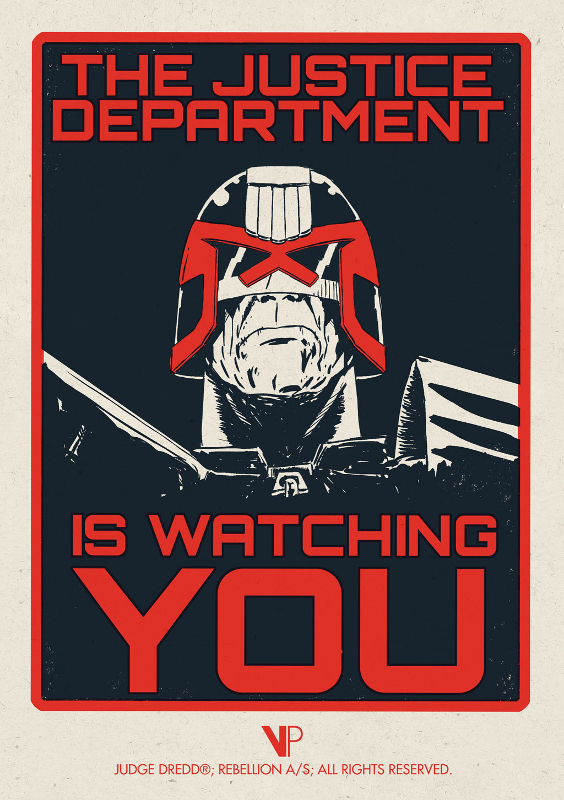 Justice Department Is Watching You by Matt Ferguson

Justice Department Is Watching You by Matt Ferguson
Edition of 100 – A5, 2 Colour Screen Print
Printed by Lady Lazarus on French Madero Beach Paper – £10

‹ November ’16 deadline for the Creators for Creators grant offering $30K in funding
Something For the Weekend (w/c 29th August 2026): Psycho Gran and Walter the Wobot? I’m in! ›