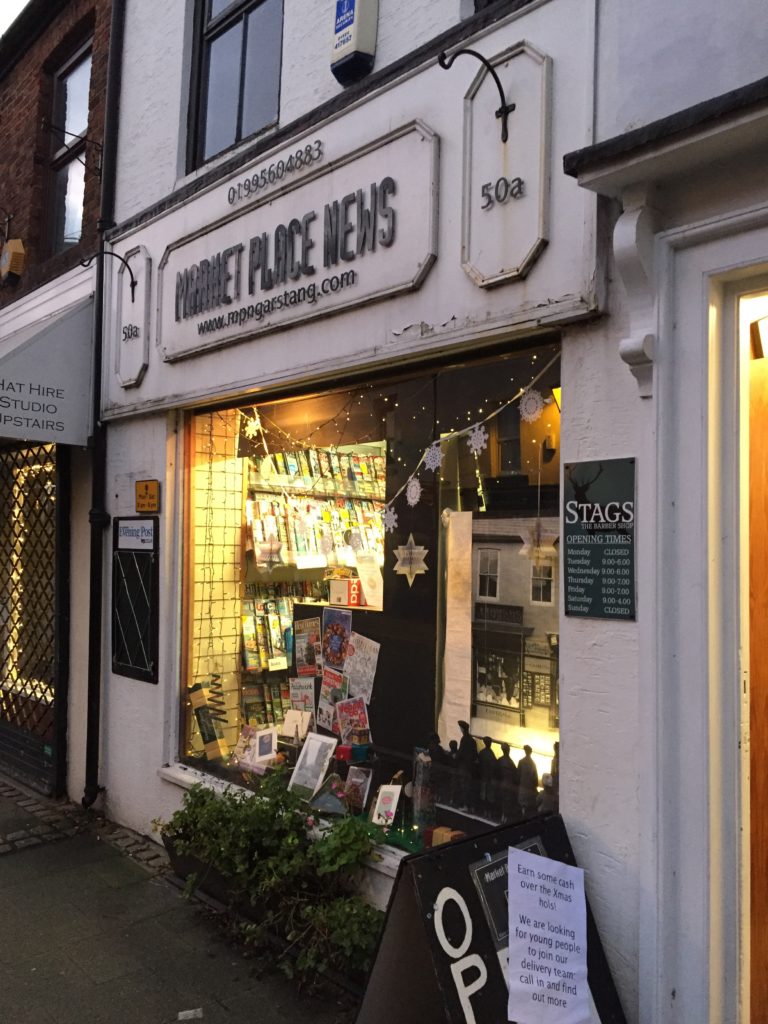 We’ve sung the praises of many comic shops on downthetubes over the years, as well as slinging the occasional brickbat (more often than not, at a multiple like WHSmith, whose ideas for comic display have often left us gobsmacked).

But we rarely get the chance to sing the praises of an independent high street newsagents that’s doing more than usual to promote their comics in stock, so a big hand, please for Market Place News in the little town of Garstang, Lancashire. 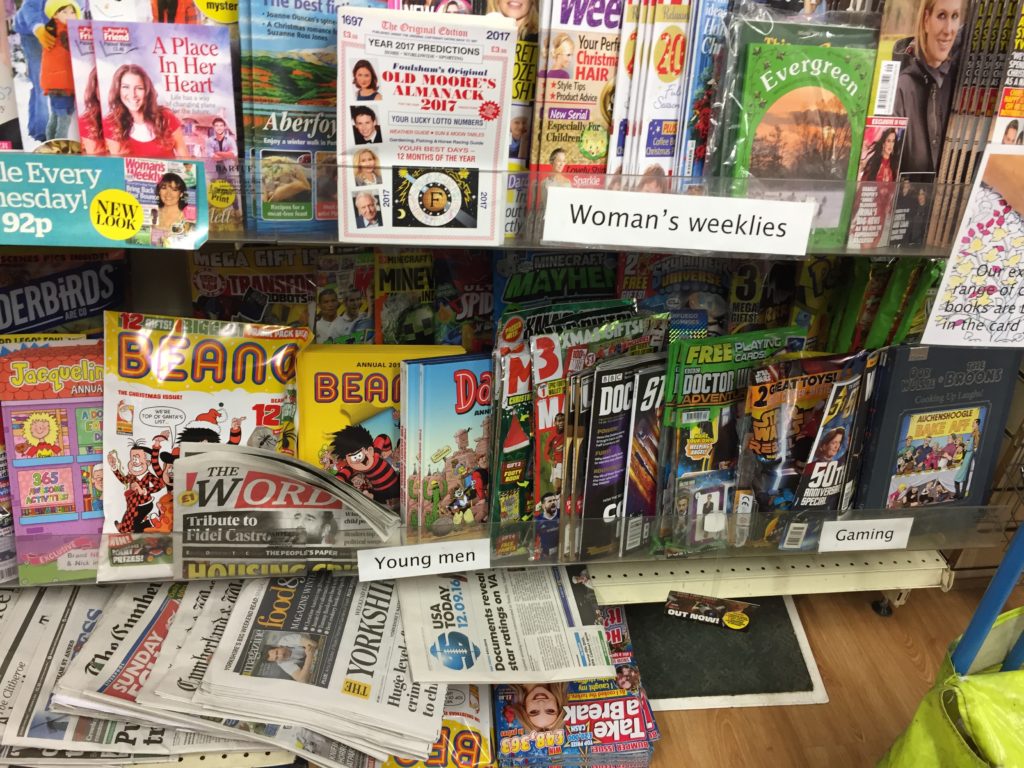 This small retailer not only has a wide range of comics for all age groups, but has also made space for a good selection of the latest annuals from DC Thomson

Not only does this high street shop offer a terrific range of comics, including the licensed, largely polybagged titles that will appeal to younger readers often (but not always) influenced by the latest popular TV show; Market Place News has also chosen to highlight its DC Thomson fare, including the latest annuals, right by its counter, which should surely encourage sales, as well as Doctor Who Adventures and some Titan Magazines.

And if that wasn’t an impressive illustration of how a small retailer can easily promote its comics, even in a smallish space, then Panini UK should at the very least be awarding the shop – which also sells kids collectibles like Airfix kits – for its very prominent display of their latest Marvel superhero titles. 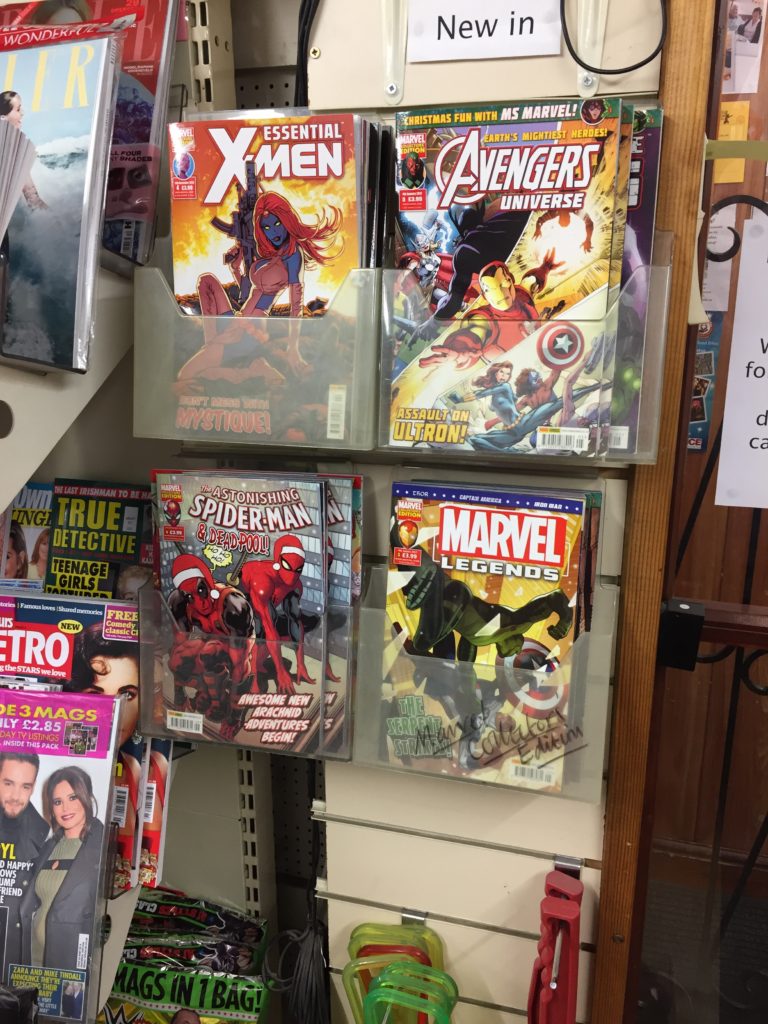 Away from other local towns with comic shops (Blackpool, Lancaster and Preston), this is the kind of newsagent that deserves (and clearly gets) the support of locals who to be frank are ill-served by other retailers in the area when it come to offering a wide range of comics choice. Where others have cherry picked only the top-sellers, this little newsagents puts local multiples to shame with its range (and not just comics, either).

If you’re ever passing through this Lancashire town (perhaps on your way to a Preston Comic Con, Lancaster Comics Day or the Lakes International Comic Art Festival, why not drop in for some comic supplies on the way.

Thank you, Market Place News, for supporting comics! You’re a credit to your trade.

• Do you have a favourite high street retailer who does their bit to promote comics beyond the usual? Why not mention them in a comic below?

‹ 2000AD at 40: The Countdown continues with Chris Weston
In Review: The Dan Dare Audio Adventures – Voyage to Venus ›