In Space No One Can Hear You Build… 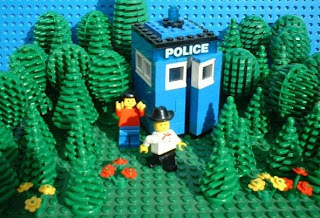 If the Forbidden Lego book hasn’t sparked your imagination for something to do with the kids’ Lego once they have become bored with it after Christmas, maybe this website will give you a few ideas.

Lego Sci-Fi has Lego representations of the Tardis and Daleks from Doctor Who and the Liberator from Blake’s 7. US TV isn’t left out either with the Galactica from the original series of Battlestar Galactica and a Starfury from Babylon 5. 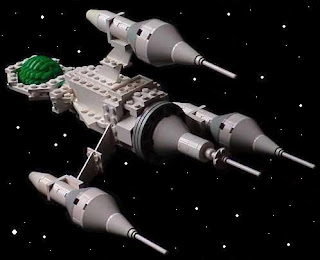 Even Lost gets the Lego treatment with a brick and minifig version of the excavation of the first hatch.
The challenge with building from scratch with Lego is to see the pieces as something other than what the Lego designers intended them to be.
From this website my favourite piece of lateral thinking has to be the use a circular Lego tree as the green engine dome of the Liberator.