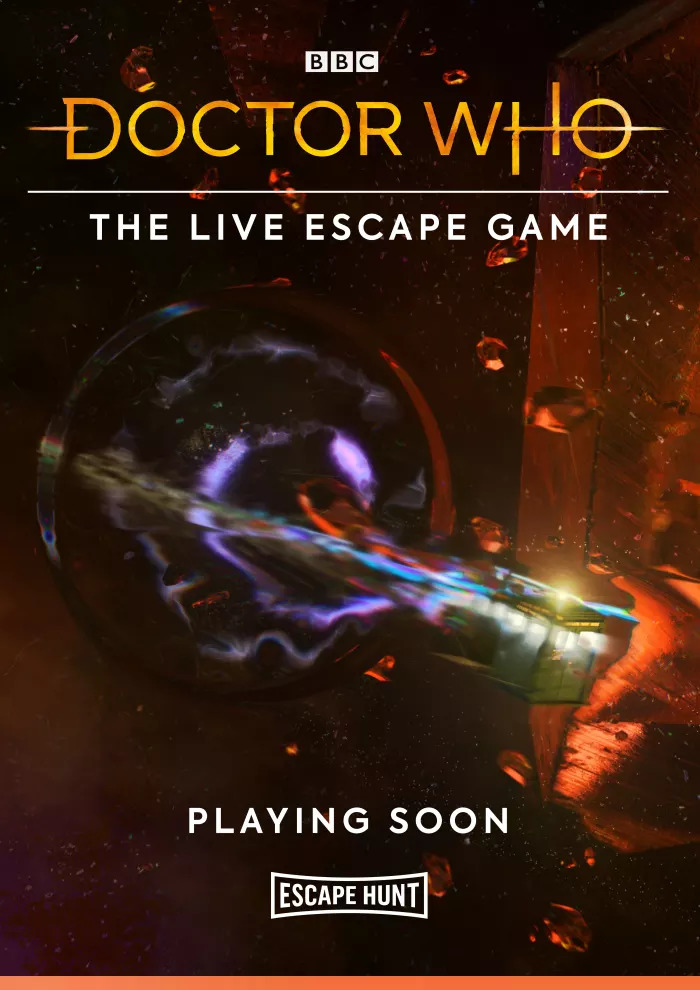 BBC Studios has signed a five year licensing agreement with Escape Hunt to create a run of Doctor Who themed escape rooms in the UK.

In an Escape Hunt you’re offered 60 minutes of pure, unadulterated excitement, during which you and your teammates lose yourselves in an incredible experience, working together to follow a series of fiendishly clever clues and escape a locked room.

The company currently has Escape Hunt venues in Birmingham, Bristol, Edinburgh, Leeds, Liverpool, Manchester, Oxford and Reading in the UK, and other locations across the Americas, Asia, Europe, Africa and the Middle East.

The global entertainment network will launch the first of the Doctor Who – The Live Escape Game rooms in December, following the autumn launch of the new series. The intention will then be to roll out Doctor Who-themed rooms across the UK over the next three years.

Escape Hunt has developed a range of themed rooms for the UK, believing that the use of branded content helps broaden the appeal of escape room puzzles to the public and the corporate clients.

“Following the success of our original Escape Hunt games, we are thrilled to be partnering with BBC Studios to create Doctor Who – The Live Escape Game,” said Richard Harpham, Escape Hunt’s chief executive officer.

“Going on an Escape Hunt is all about stepping into and experiencing new worlds so strength in different genres is absolutely key to our content strategy. Doctor Who represents the very best in British action adventure and has a loyal and dedicated fanbase that spans all generations.

“We look forward to bringing the show to life for all fans in tis first ever live escape game experience at Escape Hunt venues across the UK.”

‹ In search of Nazi gold – adventure in Switzerland in new Commando comics, on sale this week
Don’t delete this newsflash! Graeme Neil Reid has some great Cybermen art on offer in his latest art raffle ›