Beatles Comics in the spotlight at Shrewsbury Beatles Weekend

The Shrewsbury Beatles Weekend, taking place later this month, is to include a special event charting the many appearances of The Beatles in comics, with comics writer, editor and publisher Tim Quinn. 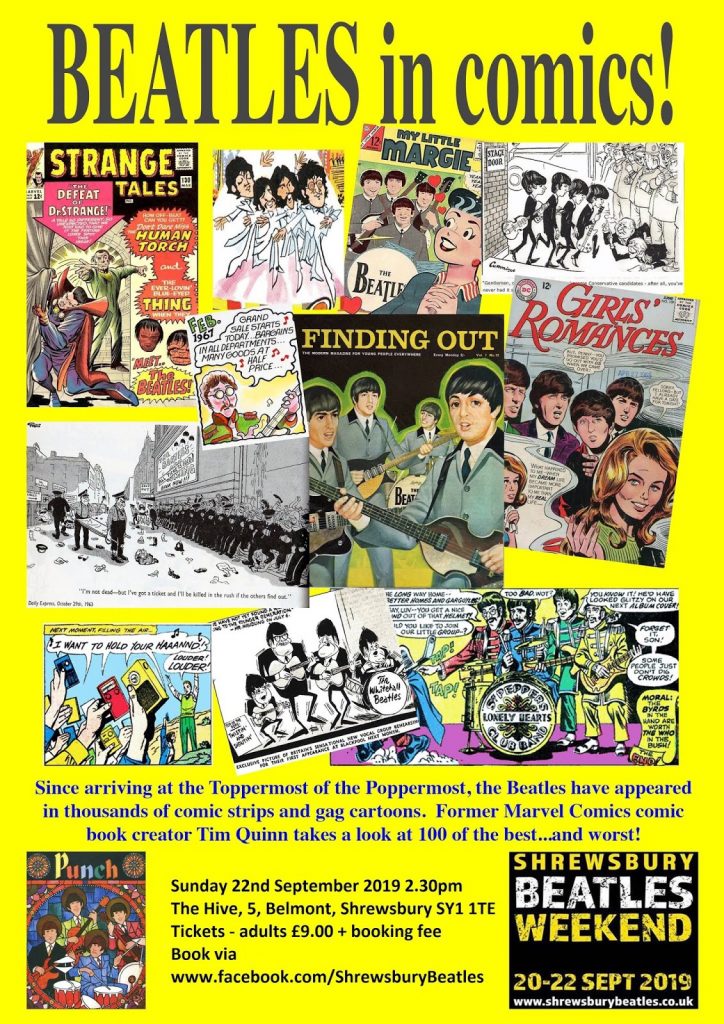 Since arriving at the Toppermost of the Poppermost, The Beatles have appeared in thousands of comic strips and gag cartoons. Beatles expert and former Marvel Comics comic book creator Tim Quinn takes a look at 100 of the best… and worst! 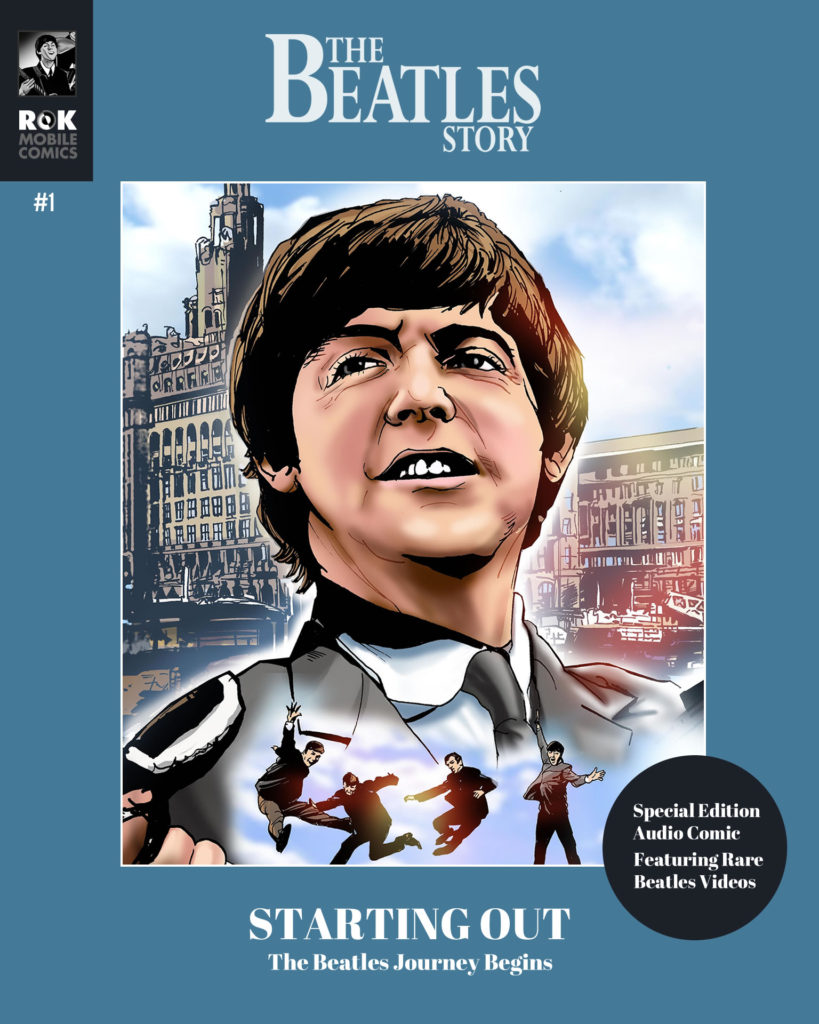 Recent Beatles-related comics include Bill Morrison’s adaptation of The Beatles Yellow Submarine, published by Titan Comics; Rebellion’s a print edition of The Beatles Story, written by Angus Allan and Arthur Ranson, a wonderful strip first published in Look-In and also released as a digital audio comic by ROK Comics, which I edited, a few years back; The Beatles: All Our Yesterdays from Campfire, written by Jason Quinn, drawn by Lalit Kumar Sharma; and Beatles With An ‘A’ by Mauri Kunnas, a wonderful re-telling the first beats of the Beatles’ career as only this legendary Finnish rock cartoonist could tell them, published by Knockabout back in 2014.

This is just one of the many Beatles-related events, including five films and live music to take place during Shrewsbury Beatles Weekend 20th -22nd September. 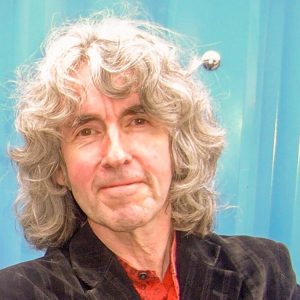 Tim Quinn was born in Liverpool in 1953, the very same year Beryl the Peril first appeared in The Topper. Coincidence? We think not! Educated by Irish Christian Brothers whose prospectus boasted, ‘We will instil a fear of God into your child’, it was little wonder Tim chose a life in entertainment.

Starting his career as a clown at Blackpool Tower Circus he then leapt back in time to work on BBC TV’s Good Old Days music hall series, where he started writing scripts for top comedians. It was a small jump into the world of comic books where he spent many happy years as scriptwriter, illustrator and editor on such noted titles as The Beano, The Dandy, Sparky, The Topper, Buster, Whoopee!, Bunty, Jackie, Doctor Who Magazine and Whizzer & Chips before heading Stateside to work for the mighty Marvel Comics Group on the world famous Spider-Man, X-Men and the Incredible Hulk.

Tim has also worked as a writer for the Guardian newspaper, as editor for America’s oldest publication The Saturday Evening Post and producer for LWT’s The South Bank Show (amongst others, producing a show on the history of Marvel Comics!).

• Tim’s talk will be at The Hive in Belmont, Shrewsbury on Sunday 22nd September at 2.30pm. Tickets cost £9 plus small booking fee via www.shrewsburybeatles.com