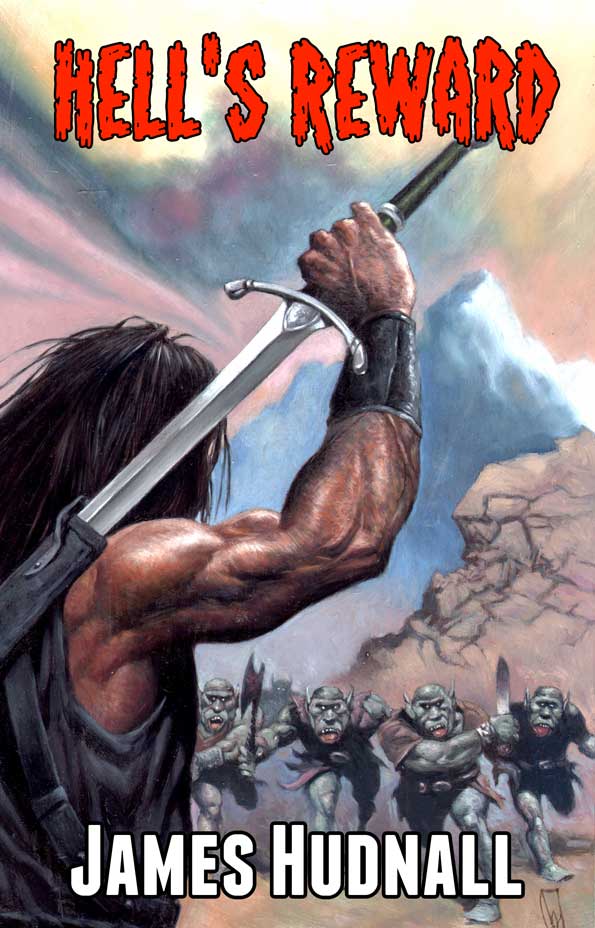 US comics creator James Hudnall has just released his first novel – a collection of Age of Heroes short stories based on the comic strips created with John Ridgway, initially published by James in the 1990s under his own Halloween Comics imprint, then by Image Comics. Some of the story also featured in colour for the first time in early issues of Britain’s STRIP Magazine in 2012.

The novel features a cover by US comics legend Val Mayverik and internal illustrations by John Ridgway.

“It’s a novelization of The Age of Heroes graphic novel,” James explains, “and will be the first in a series of prose novels about the characters in this well loved fantasy classic.

“This will be a valuable learning process for me,” says James, “because I am going the indie book route using ebook distribution and small press fulfillment companies for the print version.

“… Currently, I am looking to do an Age of Heroes book a year in the fall,” he reveals on his blog. “And another series in the spring. This new series I will announce after I get this book out. I will say that it’s a long planned superhero series set in current times that will be my re-imagining of the superhero concept.” 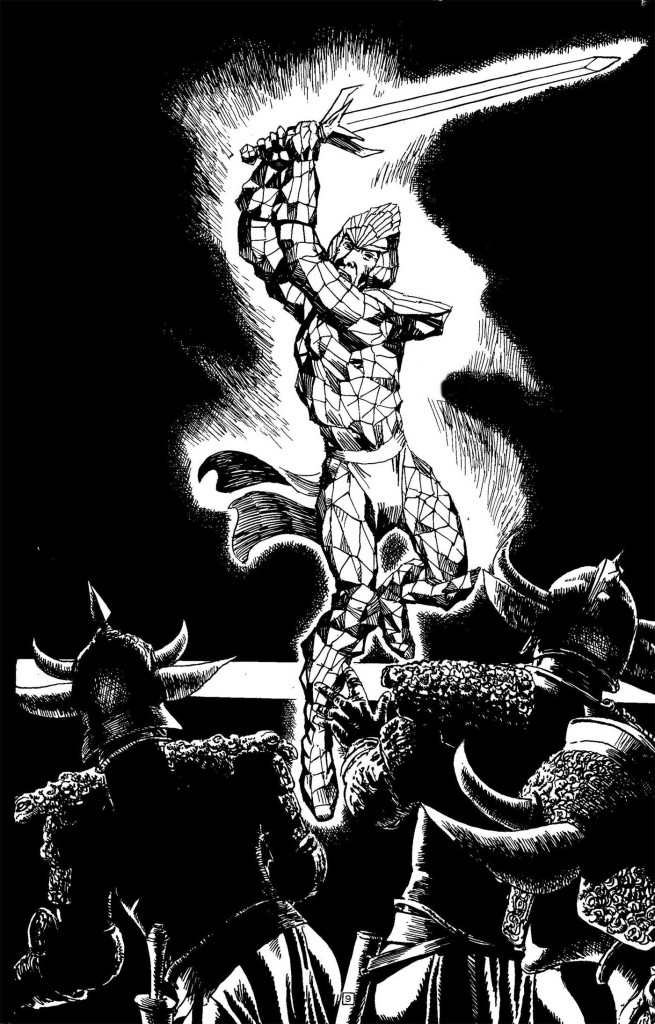 In Age of Heroes, seven misfits and outcasts, some of them handicapped, are drawn together from all walks of life by fate. They are presented with a problem the gods themselves can’t solve. For the gods are no longer in the world. The actions of these seven usher in a new age. The Age of Heroes…

“I’ve wanted to be a writer since I was a little kid,” says James, whose comics credits also include Alpha Flight, Legends of the Dark Knight, Espers (initially drawn by David Lloyd) and the creator owned title Harsh Realm, was turned into a television series on Fox by The X-Files creator Chris Carter. “But when I started I was more interested in writing novels. However, I got so much comics work it kept me busy and to be honest I was intimidated by how tough the book world is. I’ve talked to so many writers and I know a few. Making it is not easy and the advances are not great. So you could work for a year or more on a novel and only get a $2,000 advance (or less!). And then the book comes out and the publisher doesn’t care. It just gets swept under the rug with a zillion other books.

“…I want to make up for all the years I didn’t write by doing a lot of books. I will strive to make quality that lives up to standards that I believe in.”

In addition to this prose release of Age of Heroes, James is readying a Kickstarter campaign to try to finance a full colour collection of the Age of Heroes strip, collecting all five US format issues of the story, and one all-new chapter.

“The trade will be six issues in colour,” he says.  Issue 6 will be all new material. This has been a passion project for me and it is much loved but there is a whole new audience that never read them. I am excited about bringing this to the public in an all new form.”

In addition to coverage on his own official web site, James has also created a promotional page on Facebook for Age of Heroes.

“Feel free to like the page if you visit there,” he asks. “It always helps getting the word out. This is my first novel so I am really trying to let people know about it–  and the graphic novel.”

• James has a online comics series, Blue Cat, with Val Mayerik which features on acesweekly.co.uk