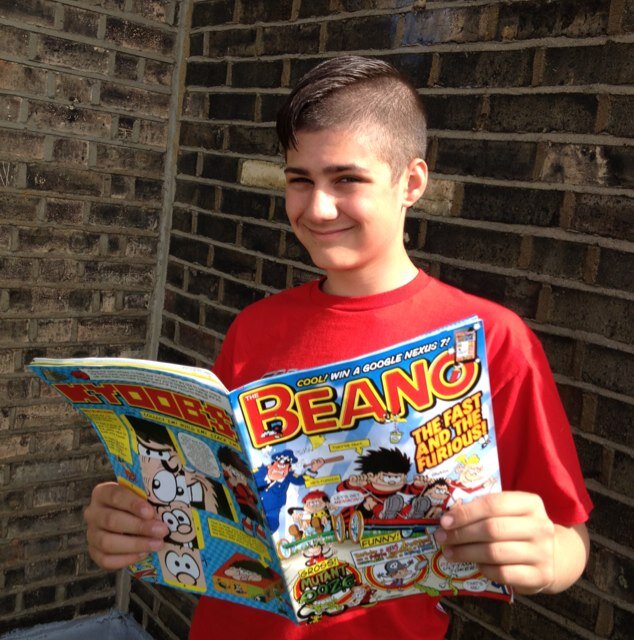 Last year, in partnership with the Lakes International Comic Art Festival, downthetubes brought you a number of interviews with creators attending the event – and we’re delighted to be able to run a series in the run up to their eagerly anticipated 2015 event in October, continuing the series with an interview with talented teen comic creator Zoom Rockman.

Zoom Rockman has been writing, drawing and publishing his own comic, The Zoom! since he was eight.  When he was 12, he started working for The Beano and has a monthly strip featuring his character, Skanky Pigeon.

In 2014, Zoom’s work was exhibited in The British Library’s ‘Comics Unmasked Exhibition’ where he was described as having “Wit and genuine cultural awareness well beyond his years”. 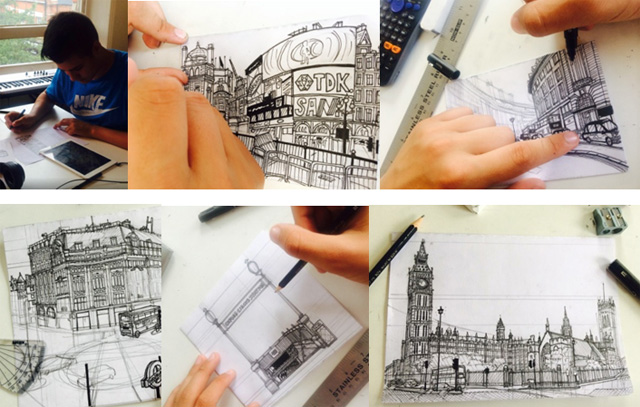 Zoom at work on the latest issue of his much-praised comic. Image courtesy Zoom Rockman

downthetubes: What are you working on, comics-wise, right now, and when will it be published?

Zoom Rockman: I’m currently working on The Zoom! No umber 11 and hoping that it’ll be out in time for LICAF.

downthetubes: Which comic project you’ve worked on are you most proud of and where can people see it or buy it?

Zoom: I’m always most proud of the thing I’m currently working on. I try to draw and write everything better than anything I’ve done previously. In The Beano it’s always the Skanky Pigeon that I just handed in.

Zoom: Well, I go to school every day so there’s only certain times I can work. I’ve got a drawing board set up there and I’ve been allowed space in my timetable. At school I do either pencil roughs or ink in stuff and at home I either write new stuff or add colour digitally to what i’ve been working on at school. 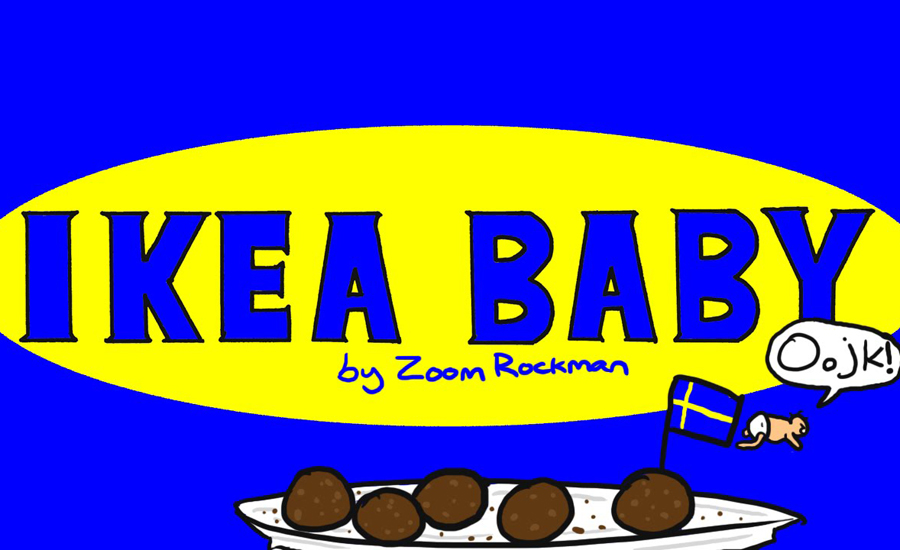 downthetubes: What’s the best thing about being a comics creator?

Zoom: Being able to create cool scenes without having to use expensive special effects

downthetubes: And the worst?

Zoom: Running out of ink!

downthetubes: What most distracts you from getting your work done?

Zoom: I have a keyboard right next to where I work at home and I’m always learning something new to play – usually a TV theme from whatever box set I’ve been watching so I often stop and play music.

downthetubes: Do you think it’s easier or harder for young comic creators to get published today?

Zoom: I’ve only ever published my own work and haven’t approached other publishers so I can’t really answer that.

downthetubes: Have you ever been to the Lake District before and if so what did you think of it? If you haven’t, what are you expecting?

Zoom: No. I’ve never been that far north. I heard from other comic creators that it’s the best UK Comics festival so I’m really looking forward to it!

downthetubes: Which one comic creator would you most like to meet, and why?

Zoom: I’d really like to meet Art Spiegelman. I’ve watched a few documentaries about him and he seems like a really cool person and I like his work a lot.

downthetubes: How do Festivals and other comics events help creators most, do you think?

Zoom: It’s good to be able to sell direct to people instead of through shops and online and it’s also a great place to find out about other people’s work. I like to use events as deadlines for getting new stuff done. When I first started out I’d always make sure I had a new comic ready for Comica Comiket etc. Since i’ve been working for The Beano I get a lot of kids showing up who like Skanky Pigeon and want to come and talk to me about him and it’s cool to get positive feedback like that. 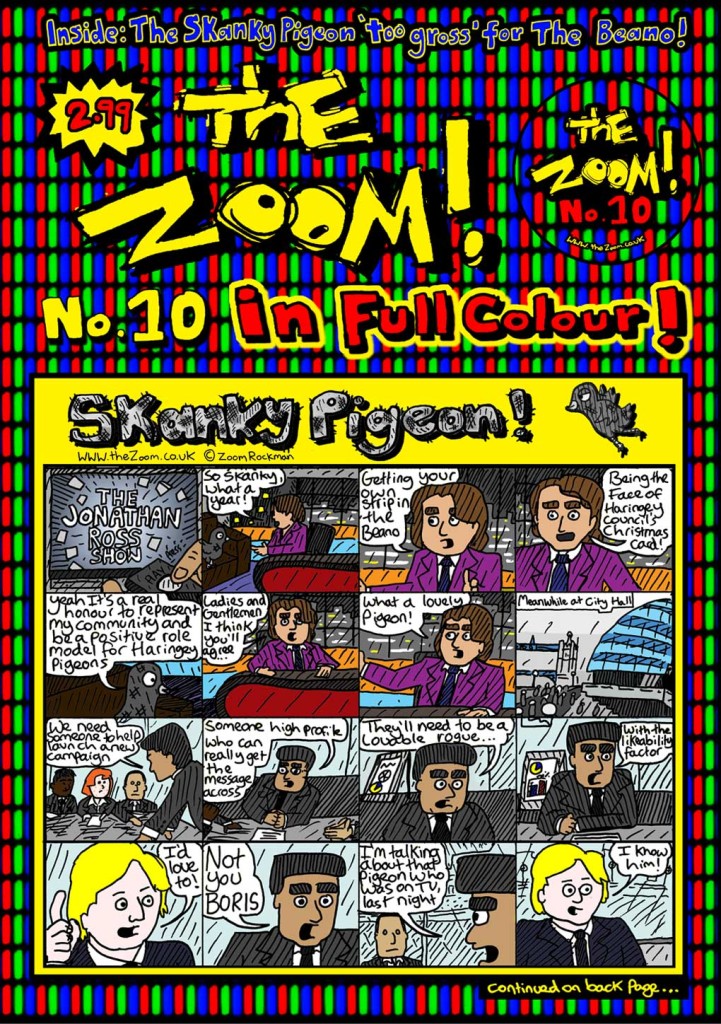 downthetubes: What one piece of advice do you offer people looking to work in the comics industry?

Zoom: I wouldn’t want to give advice to anyone older than me, but when other kids ask me about making comics I always tell them to just go ahead and make their own. If they can sit down and get 1 page done even if it’s just a pencil rough that they can ink in later that’s a real boost because once you’ve finished 10 – 20pages that’s a whole comic ready to print.

downthetubes: What’s your favourite comic right now and where can people get it?

Zoom, thanks for your time and I hope you enjoy the Festival.

Zoom Rockman shows you how to create a comic strip starring Skanky Pigeon from The Beano!

Fire Skanky Burgers using Zoom’s Skanky Burger Catapult and have a go at winning yourself an Unhappy meal! Then take a seat at the Takeaway Table to think up and draw your own funny comic characters.