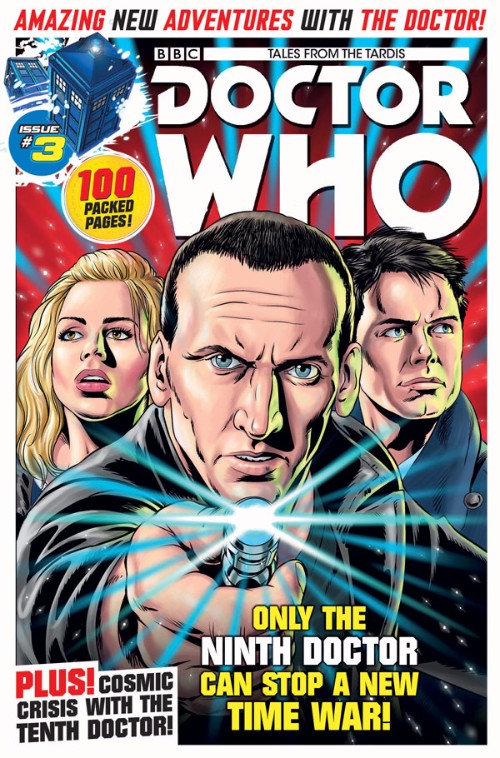 The latest issue of Titan Comics second UK Doctor Who title, Tales from the TARDIS, is on sale now, and sees the finale to “The Spiral Staircase” a comic sequel to the classic TV story Pyramids of Mars.

Re-presenting Doctor Who tales first published mainly for the US market, just like Doctor Who Comic, Tales from the TARDIS Issue Three features  “The Spiral Staircase” in which the Tenth Doctor and companions Gabby and Cindy face their greatest challenge – what state will the Doctor and his companions be left in when the smoke clears?!

A terrifying pyramid has appeared in the skies above New York City, and it’s here to claim an ancient secret – buried in the body of a very-much alive movie star! As the Doctor attempts to unravel the conflict, Gabby and Cindy’s friendship is stretched to breaking point. Has Gabby changed too much in her short time away – or has she changed just enough to save the day? 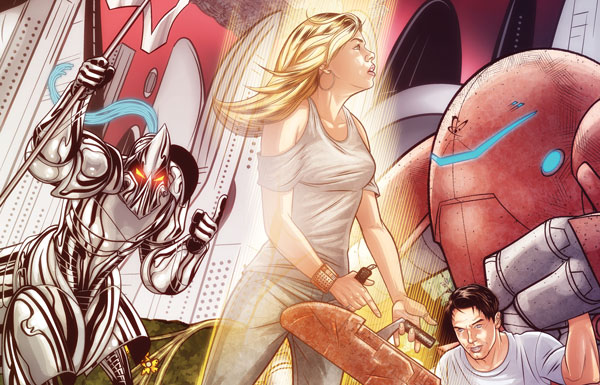 Also in the issue: the finale of “Weapons of Past Destruction”, the first Ninth Doctor comic story from Titan. Has one of the Doctor’s beloved companions flipped sides? The final conflict between the Unon and the Lect – will one of them take the Time Lords’ place as the guardians of the universe?

Plus, there’s a competition offering five Doom Coalition 2 box sets worth £40 up for grabs!

• Doctor Who: Tales from the TARDIS #3 is available at all good retailers or buy it online from forbiddenplanet.com

‹ New Comics On Sale This Week in the UK – On the King’s Road, with Judge Dredd and Doctor Who in tow
Joe Kelly Announced as first US guest for Lakes International Comic Art Festival 2016 ›

Tags: Doctor Who, Tales from the TARDIS, Titan Comics