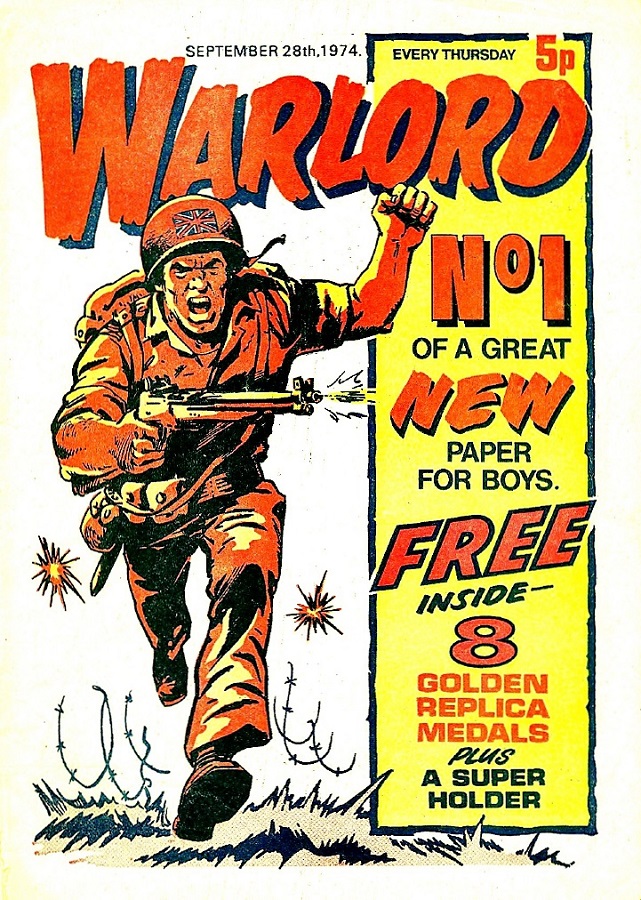 Over on the Comics UK forum, we love to talk about comics and one of my friends has been enthusing about Fleetway Editions Battle, home to strips such as “Charley’s War” (documented here on downthetubes, a war comic title now owned by Rebellion) and “Johnny Red” – to name but two.

In his musings about Battle, my friend Geoff, who knows I’m a big Warlord fan – DC Thomson’s rival to Battle, launched in 1974, and set me the task of talking about that comic in the way that he talks about Battle. His goad was in the way of a suggestion, but for the past few days, my comic brain has thought of little else.

So, without further ado, I would like to warn you all that if I have not got anything else going on comic-wise, then I will be reviewing Warlord one issue at a time, over on my own blog, Nothing But a Fan. If you already follow me there, you may recall I even wrote about the comic last year, offering my musings on the fact that it came out in September 1974, which seems like a lifetime ago. 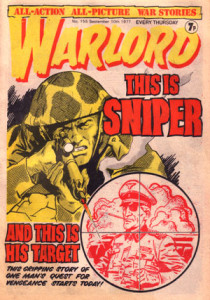 It’s obviously going to be quite a marathon – the title ran for 627 issues (its final issue was published in 1986), but I’ve already read Issue Issues One to 10 and I know that there are already treats in store for us comic fans. I also know that I am going to be calling on the help of comics gurus Steve Holland, David Roach and Ray Moore to help me identify the artists that I do not know, when they are able to help, as they have their own work and articles to deal with.

(That reminds me – David Roach a gorgeous-looking new book out next year, Masters of Spanish Comic Book Art, which is well worth a pre-order).

Within the first ten issues, you have the amazing talents of Ian Kennedy, Ron Smith, Jim Watson, Jeff Bevan, Carlos Cruz, Keith Shone and Bill Ritchie on display – and those are only the ones that I can definitely name. However, to give you an idea of one of those artists that I can’t name, here’s an example of a panel from “Code Name Warlord” from Issue Four. Anyone recognise the artist?

A part of me wants to say Peter Ford, but I can’t say with any amount of certainty. Your help appreciated! 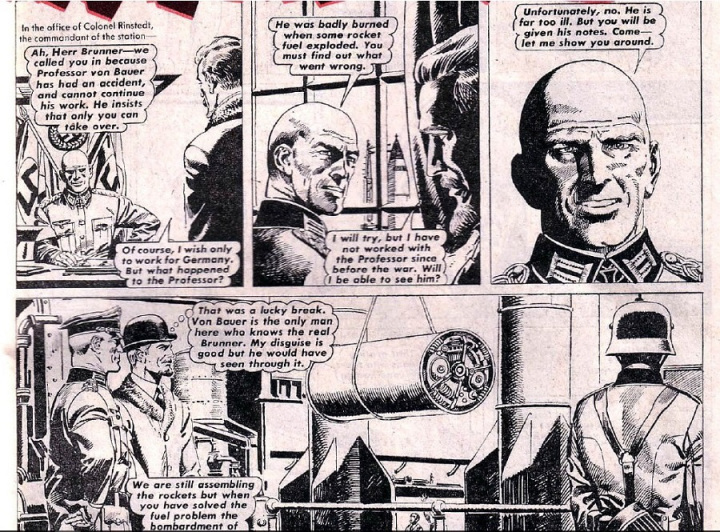 • Nothing But A Fan is here on the interwebs

A life-long comic fan specialising mainly in UK adventure comics. I do my best to support my passion for the comics of my youth, Commandos (still going!) and any small press that interest me.