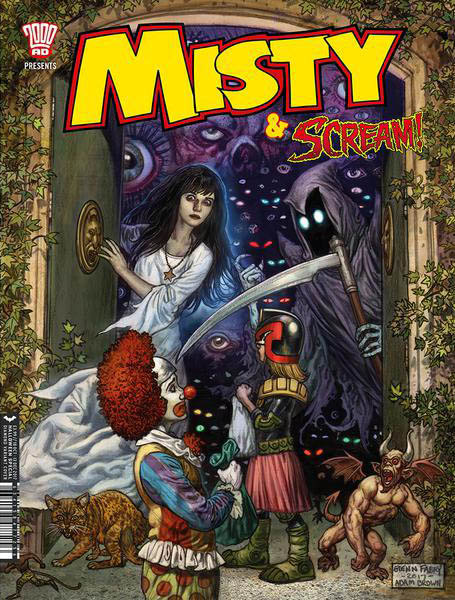 When Rebellion first announced its upcoming Halloween special featuring some classic comics from Misty, Scream and Thunder, there were accusations Misty – once considered the girls comic equivalent of 2000AD and a title that by all accounts once outsold it – had been sidelined.

Well, the fun Misty and Scream Halloween Special variant cover, the work of Glenn Fabry and Adam Brown, which will be on sale in comic shops, more than addresses that, with the Scream logo that dominates the mainstream edition, titled the Scream and Misty Halloween Special, reduced to near postage stamp size.

Cover controversy aside, we’re really looking forward to picking up a copy of this first foray from Rebellion into offering new takes on the classic comics the company now owns, as opposed to the already-impressive line up of collections they’ve published that include Misty, One Eyed Jack, and the upcoming second Misty collection and the gorgeous Marney the Fox, a tale written by Scott Goodall featuring beautiful art from John Stokes.

We’re told that all the strips featured in the new Special offer not only standalone thrills, but also hint at possible continuation opportunities. Let’s hope Rebellion’s faith in these classic characters and strips isn’t misplaced, the sales are strong and we see further tales soon. 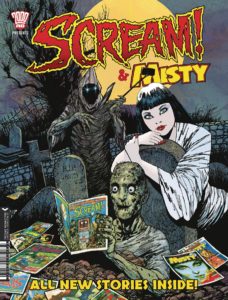 • “The Thirteenth Floor” by Guy Adams, John Stokes and Frazer Irving
• “The Dracula File” by Grainne McEntee and Tristan Jones
• “Death-Man: The Gathering” by Henry Flint
• “Black Max” by Kek-W and Simon Coleby
• “Return of the Sentinels” by Hannah Berry and Ben Willsher
• “Fate of the Fairy Hunter” by Alec Worley and DaNi

• The special goes on sale on 18th October 2017 priced £3.99 and will be on sale in newsagents, comic shops and digital platforms