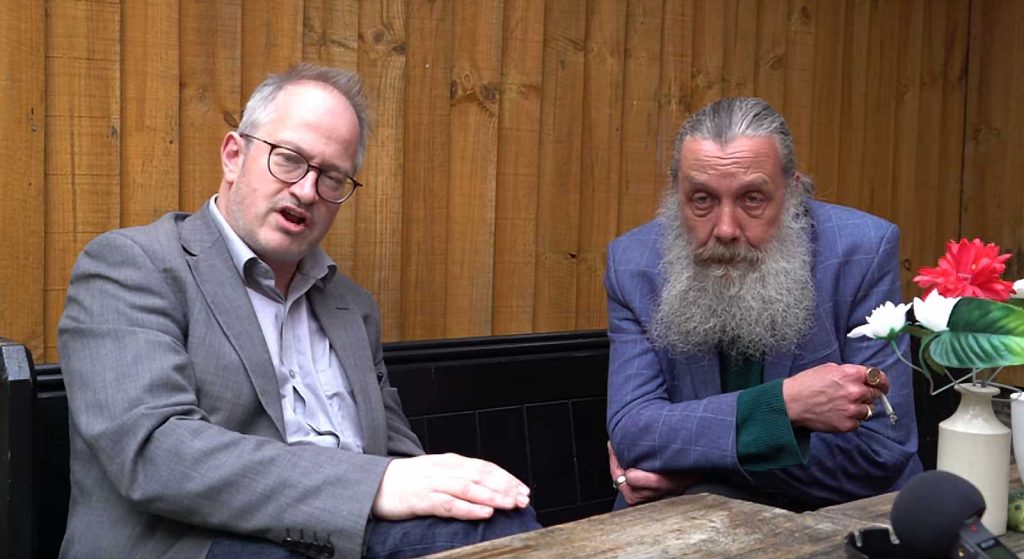 Join award-winning comedians and bibliophiles Robin Ince and Josie Long tonight in London, as they bring a special live version of the popular Book Shambles podcast to the Royal Albert Hall’s Elgar Room as part of Festival of Science: Space.

In their hilarious podcast, Robin and Josie use books as their springboard into shambolic, often ludicrous and always passionate conversations into literature, science, philosophy, comedy, politics and, well, everything and anything.

Expect high standards of both wisdom and nonsense!

Tickets are still available for this special event, which will feature British science communicator and solar researcher Professor Lucie Green and the man behind graphic novels, Watchmen, V for Vendetta and Batman: The Killing Joke and author of the novel Jerusalem, Alan Moore.

• Book for the event here | More about the Festival of Science: Space

With thanks to Richard Sheaf

‹ In Pictures: Cardiff Independent Comic Expo 2018
In Review: Anxiety Me by Nicole Bates ›