There’s still time to bid for an iconic piece of Brian Bolland art for the comic magazine Amazing Heroes over on auction site ComicLink… if you have over $8000 to spare! 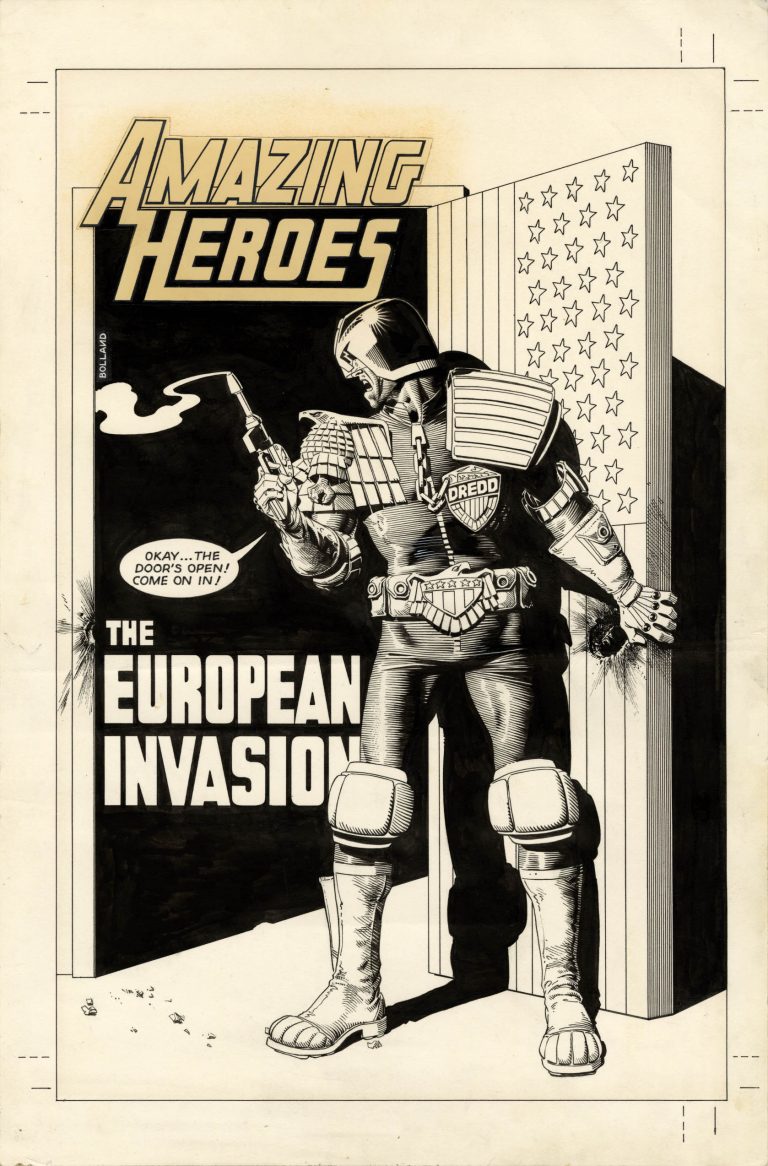 Superstar Brian Bolland is the artist most closely associated with Judge Dredd and his work on the dystopian lawman is among the most coveted of his sought-after art. Comic Link notes it’s rare to find a Bolland Judge Dredd cover up for public auction, but are excited to be offering the cover to Amazing Heroes #52 (1984), featuring a superb image of the lawman of the future, and bids already stand at $8000.

Amazing Heroes was a professional fanzine published by Fantagraphics for most of the 1980s. It marked many of the important developments of the mainstream comic book industry during the critical time when the industry began to achieve notoriety for it’s mature offerings, many of which where spearheaded by British writers and artists who began working on American comic books. 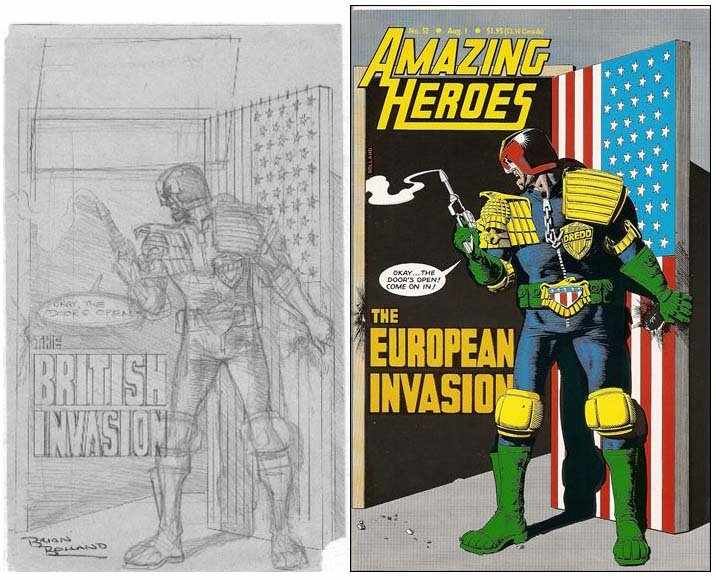 Brian Bolland’s Pencils and the final cover for Amazing Heroes #52, the pencils declaring a “British Invasion” of US comics

As we’ve previously noted in our first item on this auction, the theme of the issue featuring this cover was “The European Invasion”, which covered the rising importance of European writers and artists, mainly from Great Britain, to the U.S comic book industry. Leading the way was Brian Bolland, along with such other early luminaries as superstar writer Alan Moore and artists Dave Gibbons, John Bolton and Alan Davis.

In the years following the publication of the issue with this cover, other important European creators who began to work on American comics included Neil Gaiman, Grant Morrison, Simon Bisley, Garth Ennis, Steve Dillon, Glenn Fabry and many more.

• You can bid on the cover of Amazing Heroes #52 by Brian Bolland here on ComicLink | Check out all ComicLink auctions at www.comiclink.com

‹ Escape a Dalek! In Birmingham, Reading, Norwich or Basingstoke…
“The Vigilant” saga to conclude in Judge Dredd Megazine ›