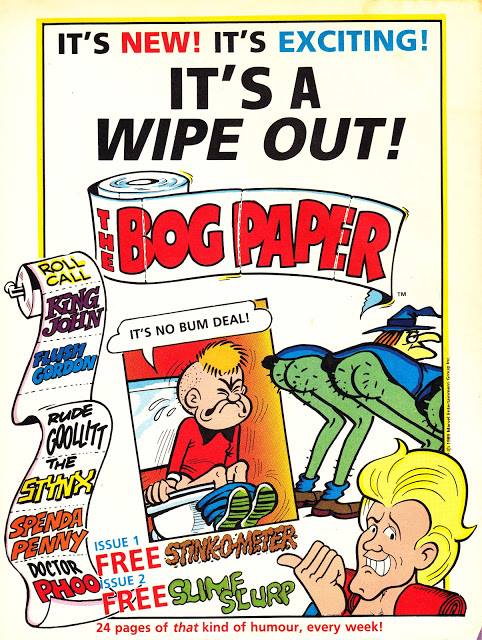 Marvel UK made several attempts to create its own humour comic, such as my own Channel Thirty Three and a Third (created with Dicky Howett) and The Bog Paper. (I bet you passed on that one – most people did… and yes, I did write “passed”).

When I joined the company I was keen to attempt to put together a humour title, but because of the sales figures on The Bog Paper a few years earlier it was decided that humour didn’t sell. It’s probably that that put me on the trail of celebrity humour that resulted in The Glam Metal Detectives comic (which ended up being edited by David Leach).

My main aim was to bring professional comedy writers into Marvel UK rather than use the same old Beano/Viz types comics always used (like me and Dicky and others). I wanted to experiment, just as we were doing on the Marvel Music line in the US with partnering interesting professional writers/musicians to our top artists.

Having had Gerald Scarfe agree to do a Spider-Man cover (sadly, scuppered by management), I guessed that there were enough creative type comedians out there who would get a kick out of doing something for Marvel – specifically people who had grown up with Marvel just like us. I knew that once we had one or two on board it would snowball.

The first guy I approached was Mike McCartney, brother to (now) Sir Paul. As Mike McGear, Mike had been a big part of the satire boom in the early 1960s. He went on to form Scaffold with poet Roger McGough and comedian John Gorman. Since the 1970s he had made his name as a photographer with exhibitions at the National Portrait Gallery and The Smithsonian. 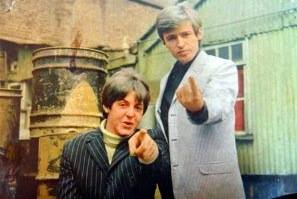 Mike and his less funny brother.

I knew Mike was a comic book guy and he was delighted to try his hand at comics for Marvel. Over a weekend he wrote and drew the most peculiar two pages of comedy I have ever seen in my life. It was a cool start, or so I thought, to a brand new humour mag. With Mike’s name on board we could go after other names.

Did it happen? Did it heck. For this was during my last few months at Marvel UK when I suddenly found myself out of favour with the TT’s (Twats at the Top). The company was in freefall and a fear lay on the land. Despite having launched one thousand comics in the last few years on a wing and a prayer (well, all right perhaps a few less than a thousand but at least 70n per cent of them with the word ‘Death’ in the title per orders from on high), a new launch would now have to sign on the dotted line that it would make a fortune in Week One. That kind of thinking is doom for any publisher.

Would it have worked? How should I know?!

The one thing I’ve learned in publishing is that nobody knows nothing.

At some point in the history of Marvel UK I also suggested a humour strip revolving round a 10 year-old Hulk living with his parents in a Beanotown type street. Instead of a peashooter in his back pocket, Hulk carried an axe. Having written Dennis the Menace for The Beano way back when, this seemed a fun development for me if not the readers.

Anyhow, the strip was accepted and ran weekly for quite a fair run. But … come election year, I had the bright idea of having young Hulk start his own political party to enter the race for the leadership of Britain. Three scripts followed this storyline and were approved by whoever was running the shop back then. The artwork was drawn up by the notorious Dicky Howett.

Our cheques were cashed when … at the very last minute … the three strips were pulled from the comic and we were told that ‘it has been decided that politics in any form are out in our titles during the election period’.

Close reading of the offending strips will reveal that it was an incitement to the non-enfranchised to rush out and vote for the HULK HOOLIGAN PARTY.

Thank goodness they were pulled. Just imagine the mess the country would be in now if that little monkey had got in! Here are the pulled strips… enjoy! 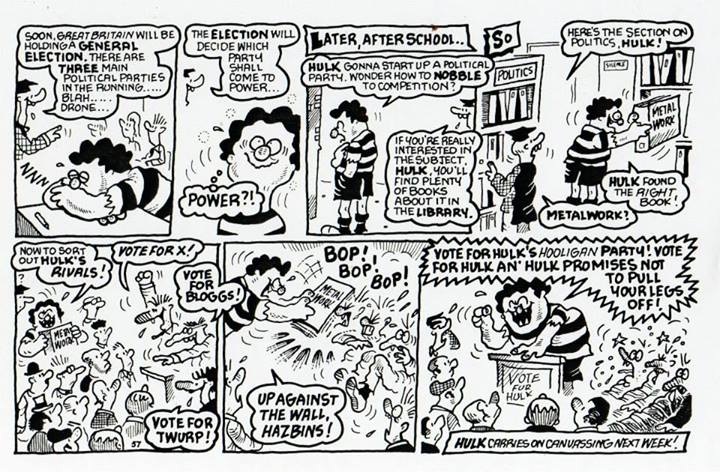 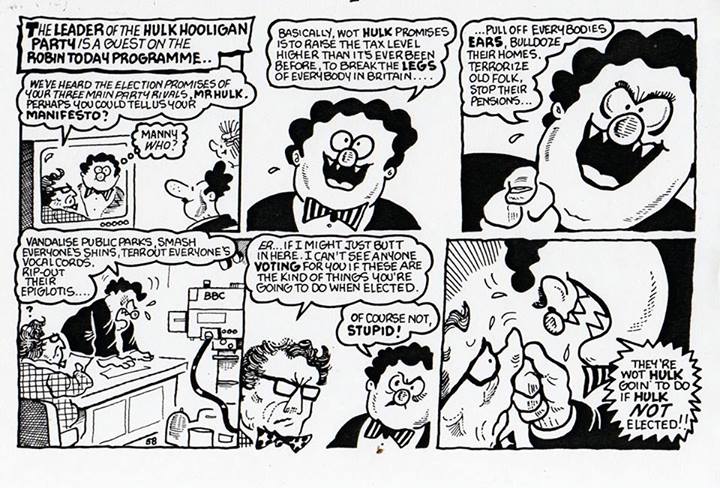 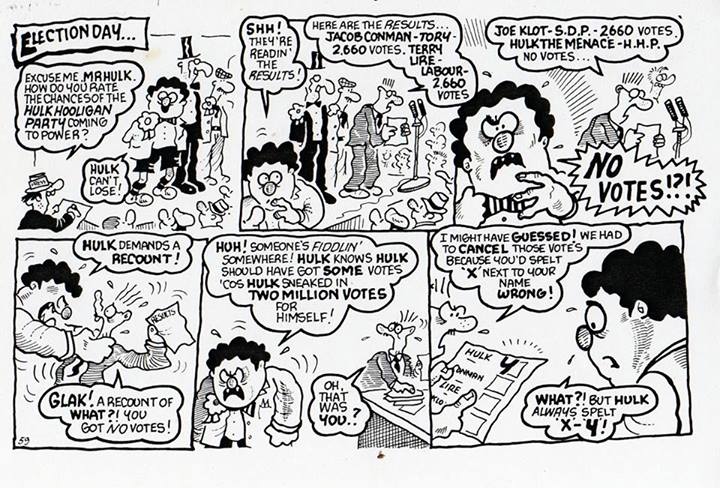 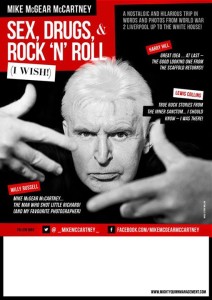 • Mike McCartney is on tour next year – if he’s coming to a town near you and you love comics, then get along and see him. If you don’t love comics, what are you doing here?

‹ Could your webcomic be part of WASP 2014?
Will McPhail scoops “Young Cartoonist of the Year” award ›